We had to put our dear, old greyhound, Porche down last Sat, after well over 15 yrs of being a very happy dog. Always happy to go off for a ride in the forest with the horses.  I was judging that morning, so my husband and older daughter took her to the vet ( aside from old age, she had been suffering from liver cancer for 2 yrs, and her metabolism was not working well. She was acutely thin!).  When I came home,  it was my job to take Porche down below the arena, and bury her next to her…

Ontario Has Talent keeps getting bigger and bigger. The first of the clinics, the Diane Creech clinic had a good turn out. The Tom Dvorak clinic ended with an even bigger… This is Cole parking out like a Morgan. He taught himself how to do this--I just encouraged him with clicking. He learned it in his stall, and he only recently started doing it outside. I have to wonder if the desire to park out is genetic. If he was a Quarter Horse, would he have done this?…

A Newsletter from Horse Play 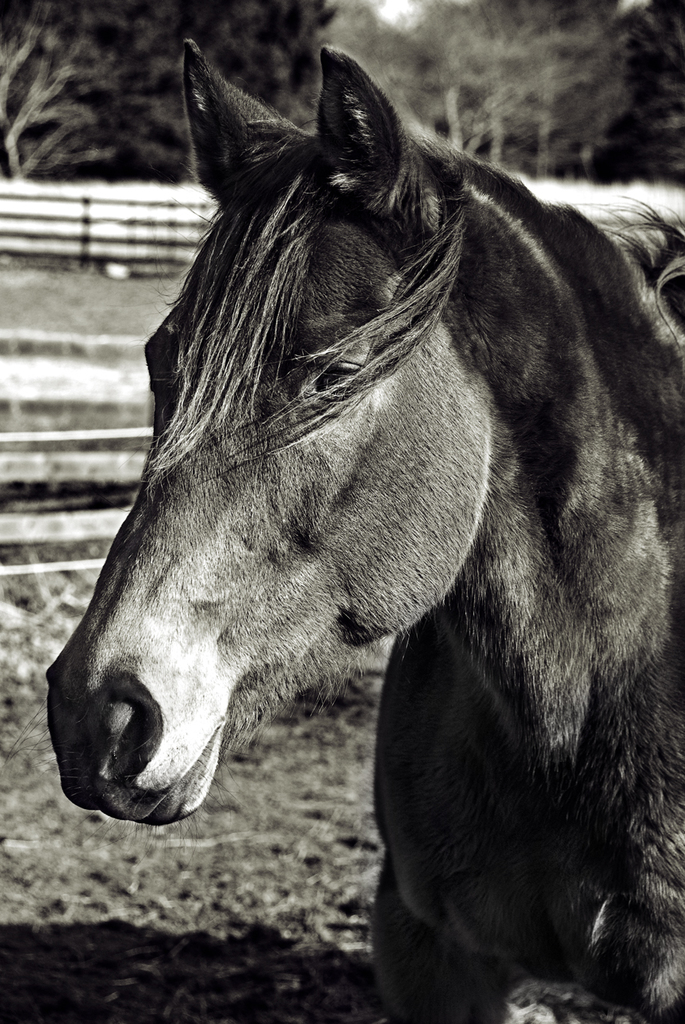 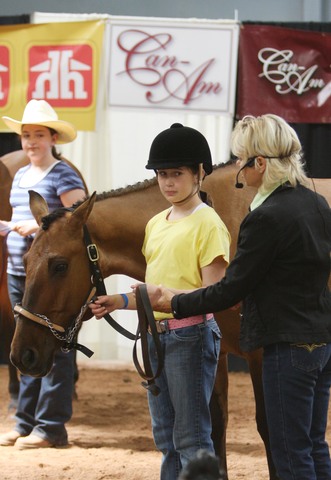 As a younger rider, my coach failed to take the training wheels off. I was taught some valuable skills, but never learned to think by myself until I became a professional and had sink or swim.

Now, as a certified coach, I’m always asking how I can be a better communicator and mentor.

I think Equine Canada says it well in a recent “Coaches…

THIS is the way most horse training goes.

Wednesday there was a cold, cold wind blowing when I took my lesson even though my lesson was 2 ½ hours later than usual (it was in the low 20s F at dawn.)  I got to the stable and Debbie did not look like she felt very well, her sinuses were acting up.  I had brought my Anxiety and Nervousness homeopathic combination remedy and lent it to Debbie, and she chose to give him a dose before we started grooming.  I did my Ttouch…

Could there be a more beautiful animal than a horse? Even old ones who nap on their noses like this pair? Maybe my training has brainwashed my eye to see horse proportions as the gold standard but when I think other animals are beautiful, it’s usually because they remind me of a…

Big bay gelding Norman was rescued by Toronto horse lover Heather Young from certain death when his racing career didn't pan out. In 40 starts, Norman only recorded 2 wins and placed or showed in 15, despite being a son of the famed Alydeed and, like most Ontario thoroughbreds, was descended from Northern Dancer.

He was shipped around from trainer to trainer and was all set to be sent to the glue factory when a rescue organization stepped in and saved his life. When Heather met…

A Poem to all My Friends who Ride.

Being a Gemini I have two sides that I live.  The one I am very happily married, family, and a home with a few friends my husband and I associate with together. The other I have a whole other side to me that is for the most part without my husband.  I’m a horseman and he is not.  This means I am without him for the social as well as the competitive aspect of my other life.

Do you have a routine before you get on your horse? C'mon, you don't just walk out there and toss the saddle on, cinch up and go do you? On today's show we tell you about the routine we follow and how it works for us! We think it is important to gauge your horse's attitude before you get on. Like any creature they are going to have days where they feel better than others. You need to know where there head is at. It can give you a great insight to the type of…

Last month, I told you about Cole Train teaching himself to bow, but that he would only do it in his stall. Well, he decided he could do it outside, too. When I ask him to bow, he parks out like a Morgan with his front legs forward and his back legs back. I click him and treat him. Then, he starts to shift his weight back to bow like a dog. I click/treat for that, too. In his stall, the bow can get quite low. I expect, in time, he will do that outside…

Hope everyone had a great weekend and is looking forward to the week ahead. It's going to be a chilly week so dress yourselves and your horses warmly :)

This week's blog is going to be based on the sale at Baker's for equine jewelry, DVD's and books. We have a wide variety of all three of these items at great prices, so you don't want to miss this opportunity to pick up any items you've had your eyes on. On your next visit, go through our DVD's and books…

Looking for Beautiful Horses in Maryland and Delaware for painting series 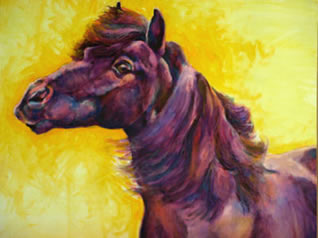 The 2013 Beautiful Horses painting series will feature horses from Maryland and Delaware. Nominations are now being accepted.

Find out more about the project and nominate a horse: …

Winter Comes Back to NC

After last week’s balmy spring like weather in the 70’s we have had 2.2” of rain, a trace of snow, and I won’t be able to have my lesson next Wednesday because it will go down to 17° F.  I remember when I was young that winter got cold after the fall and generally STAYED cold until springtime.  No longer, and it is hard for me to adapt to all the temperature changes.

Should You Use a Rope Halter on Your Horse?

In recent years, rope halters have become very popular with many horse owners. Many 'natural horsemanship' gurus use them and market their own particular type of rope halter.  Because they are used by these famous clinicians, many people assume they are 'kinder' than a regular, old leather or web halter.  But in reality rope halters are meant to be used as training aids - not as a halter for regular, every day use.

In fact, rope halters can become instruments of… Can we talk about surviving old age?  It isn’t mine I’m worried about. It’ll catch up without any help from me.

I am more concerned with the herd here at Infinity…

My wife and I started a podcast.  In case you are not familiar with podcasts, they are a essentially a radio show you can play on your computer or mobile device.  Podcasts cover every topic imaginable.  I have an ipod and subscribe to many different podcast, some for education some for entertainment.  When I look around for one on horsemanship there were few to choose from so we decided to make our own. 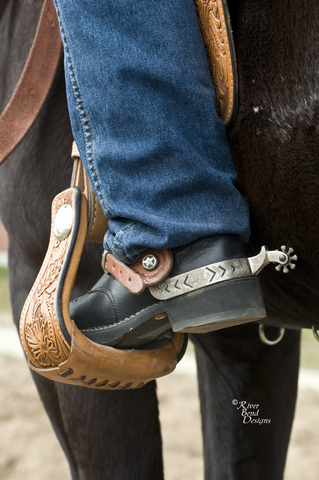 A spur is really just a reaching assist (a term taken from my lifeguard days – not equine related!).

As a woodworker might choose some smaller chisels to refine the details of his project, so spurs give a rider precision and reach in delivering his cues. … I’m assuming that you,  dear reader,  have already made your New Year’s Resolutions.  Did you know that the average person breaks them after about one month? Yeah,…

Horses appreciate variety.  They can become bored with their jobs just like we can.  Dudley Mandy of Springbuck Natural Horsemanship of Collierville, Tennessee (www.springbuckhorsemanship.com) builds FUN into his training methods by allowing the horses to try things that they do not ordinarily see and do during the course of their routine training.  Here, we see Dudley introducing…