The Liberty Side of Cavalia Odysseo 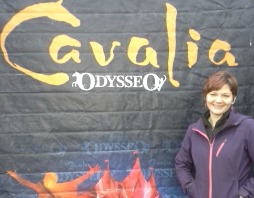 Alex and I decided to make the trip across the water to see the equine extravaganza, Cavalia - Oddysseo, in Vancouver.  We walked on a morning ferry and then took a bus to the olympic village in the city.  The air in the crowd was electric as the opening act began.  The music, background screen, lighting and stage are gorgeous, but the horses put on the real show.  As the… “Oh, Honey. You aren’t going to wear that, are you? Could you put some lipstick on, you are so much prettier when you smile. You should skip dessert, Honey, you look heavy. Are you dating anyone… don’t let him see your apartment looking this way. “

That same voice on…

Muscles Tell Bones What to Do! 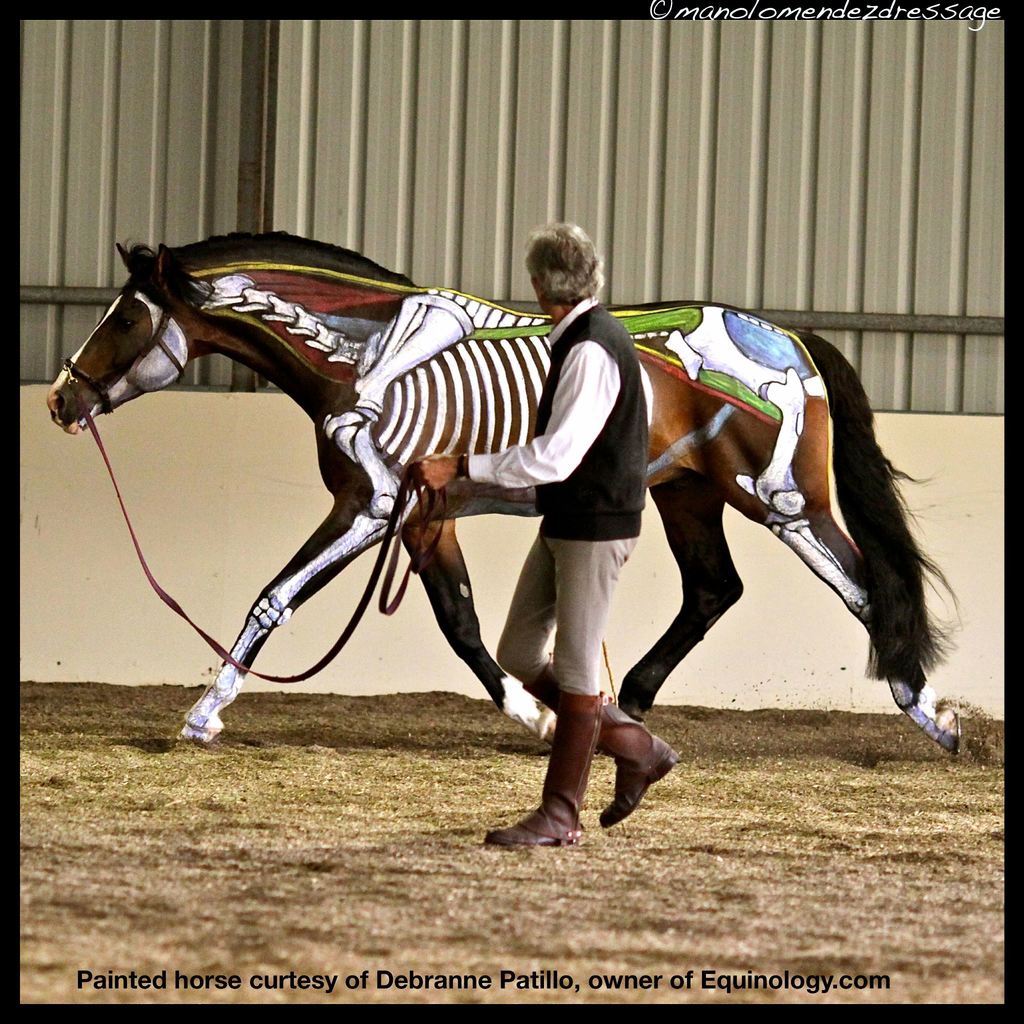 It is important to know where the bones are but also understand that in themselves bones cannot move. It is the action of the muscles, tendons and ligaments that create motion or action. Thus how the muscles feel - tense or relaxed, stiff, plump, dry, contracted, elastic is essential to good movement -and keeping the horse supple and… Does your horse's tail swing?

If a horse's tail gets caught between his hind legs he is not using his body properly. If the tail lays flat and listless these are clues that energy, messages and feedback from the brain to the body and back may not be traveling up and down his spine properly. If the tail is clamped down, the horse may be in… Once more, we thank ours vets at…
Continue

The Polar Vortex Interferes With My Riding

Last week I got to ride twice.  Riding is out for this week, it is just too cold in the mornings!

Sunday the 19th I got to ride Cider.  I just walked since I was too weak to do anything more.  I tried the same aids for the shoulder-in I used on Mia, but I just got one or two slight hints of Cider actually doing a shoulder-in.  Now Cider used to be used for eventing so she has had at least some dressage training, so it could be that she had no idea of what…

I haven't blogged all that much since my Maggie died.  It took the wind right out of me for a very long time.

My Mr Havoc is doing just fantastically, he's such a sweet boy.  I can't believe he's 3.5yrs now.  He's about 16.2hh and now at an equine facility getting finished in his starting and learning about living inside being a working horse.  They love him there, because he has good ground manners and is a big sucky boy.  He does love people.  He adjusted well to longing in an…

If such a thing existed, would you donate to an equine behavior/welfare research fund? I'm just curious. Funds for equine research are hard to come by --- especially funds for behavior/welfare research. I'm thinking of setting up such a fund in my will, but doing so means I won't be around to see the results. I would hope, though, that once such a fund existed, other people would donate to it, so that research in the field could be advanced. I thought it would be interesting to get comments…

Never been much for Blogging but lets give it a shot

So I've never been one to do this, but I'm in a new place, trying to start a business and start a life and so far its been a pretty rock road.  I moved to Ocala Fl and purchased a beautifully trashed property.  It has good solid bones but it just needed some serious elbow grease.  It is just under 14 acres, not sure if i could manage much more by myself.  It has a beautiful 12 stall block barn with this large enclosed storage room that I'm eventually going to turn into a tack room/office.… Once you are at the mounting block, take a minute and…

I seem to be slowly recovering from my latest MS exacerbation.  I’m still walking though some days are better than others as far as my mobility is concerned.  I do know that I am a lot better than I would be if I had not gotten to ride Mia this week.  My exhaustion is slowly abating but doing anything gets me tired quickly.

I did not get to ride at all the week of the big freeze, either the mornings were COLD (the worst one at 6° F on… 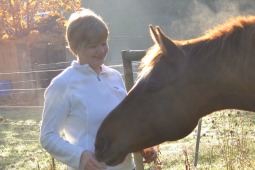 I'm not referring to neighing to your departing friends, but if that's your thing go for it. My goal for 2014 is to take more time to be present and take time out to DO less. It’s that time of year when everyone is developing goals to accomplish more and turn over a new leaf. I’m going to try to look at the leaf. And then leave that little sucker alone.
In other… Did you know there is a Corgi Witness Protection Program? Do you have room for a dog with a history?

What Do Old Horses Dream? Winter has been early and cold in Colorado, and my Grandfather Horse is moving especially slow. I have a habit with my older animals: I like to… 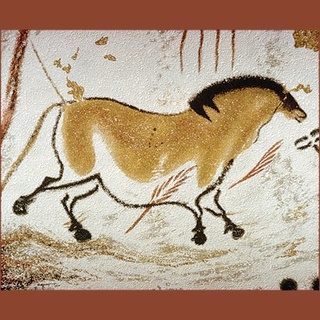 My husband still reminds me that night when I found out I was pregnant, I started planning our first pilgrimage to Disney.

I went to Disney several times as a child, and, of course, loved it. I didn’t recall the parking, the crowds, or the $5 pretzels.

I started planning our trip 6 months out.  I wanted to make sure I had every minute planned out for maximum…

Whether you realize it or not,  your audience is already using Pinterest on a regular basis to shop and explore their interests. So if you’ve been holding back from promoting your equine business there, you’re missing out on a huge opportunity.  Horses are visually appealing creatures, and the equine community is extremely dedicated. So it’s only natural that Pinterest has developed into a profitable marketing tool for the equine industry at large.  Not only can farms pin images of…

Right now I am fighting a Multiple sclerosis exacerbation (attack).  It started Monday, Dec. 30, 2013 around 6 or 7:00 PM.  Luckily years ago I figured out a homeopathic remedy that works with this particular type of exacerbation and after around three hours, when I was sure I was having an MS attack, I took it.

But once an attack starts it is hard to stop.  The neurologists can do it with a GRAM of corticosteroids a day for 5 days, but since I am developing a… Humans, on the other hand, love to set a… 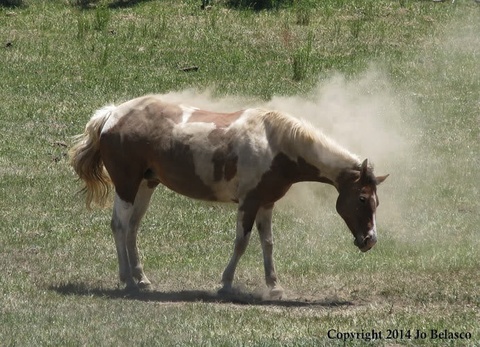