Building an Indoor Ring - any suggestions??

One of my clients is considering building an indoor arena on their property... they want something safe and economical. There seems to be many to choose from, but overall there are two main types - coverall types and solid steel type buildings.

What Llamas Teach About Horse Training 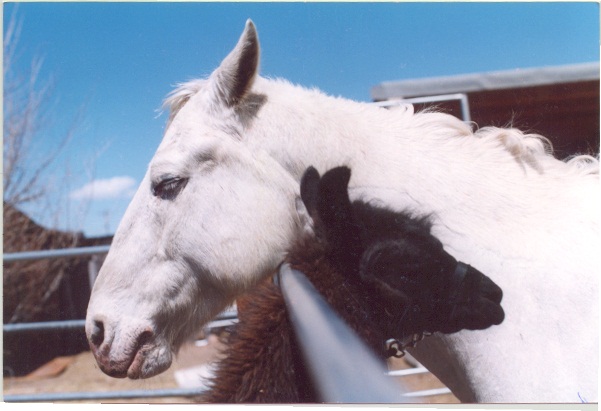 “Horses hate llamas.” Lots of horse people told me that, but by then my gelding was babysitting my first cria and the party was in full swing.

Llamas are brave and curious. Mine hike with packs, do llama agility, and Sebastian was a ring bearer in a wedding. (At the reception he confused the Mother-of-the-Bride’s corsage for an hors d’oeuvre. It was…

Words about a most Valued Teacher, Margaret Godson

With all the event announcements for Myrddin's lecture series floating around facebook, and other media, I thought it would be nice to post some background on a teacher I have enjoyed learning from! Not sure if this will be reach anyone who is interested in knowing more about a remarkable coach, but its worth a try...

Margie Godson is National Level 3 Coach; With a Pony Club A, she was longlisted for the Olympic Eventing team and has…

Many current books on equine anatomy will offer back up information to this statement (see specifically references to the supraspinous ligament system). Sometimes veterinarians are at a loss to explain equine 'problems' - often related to using the wrong type of saddle, or a badly fitting saddle. The unfortunate truth is that treeless saddles go against the logic of equine anatomy - they may work for a few years, but as has been reiterated, there is a…

An Odd Air Above the Ground

I did not get to ride this week, again it was too cold and I had a miserable cold.  So I drowned my sorrows again by thinking about horses.  I decided to explore controlled kicking.  I first ran into this movement when I read "The Compleat Horseman" by Gervase Markham (1614).  On page 67-68 he writes

"Next to advancing (rearing), you shall teach your Horse to jerk behind (kick), in this manner:  when at any time… 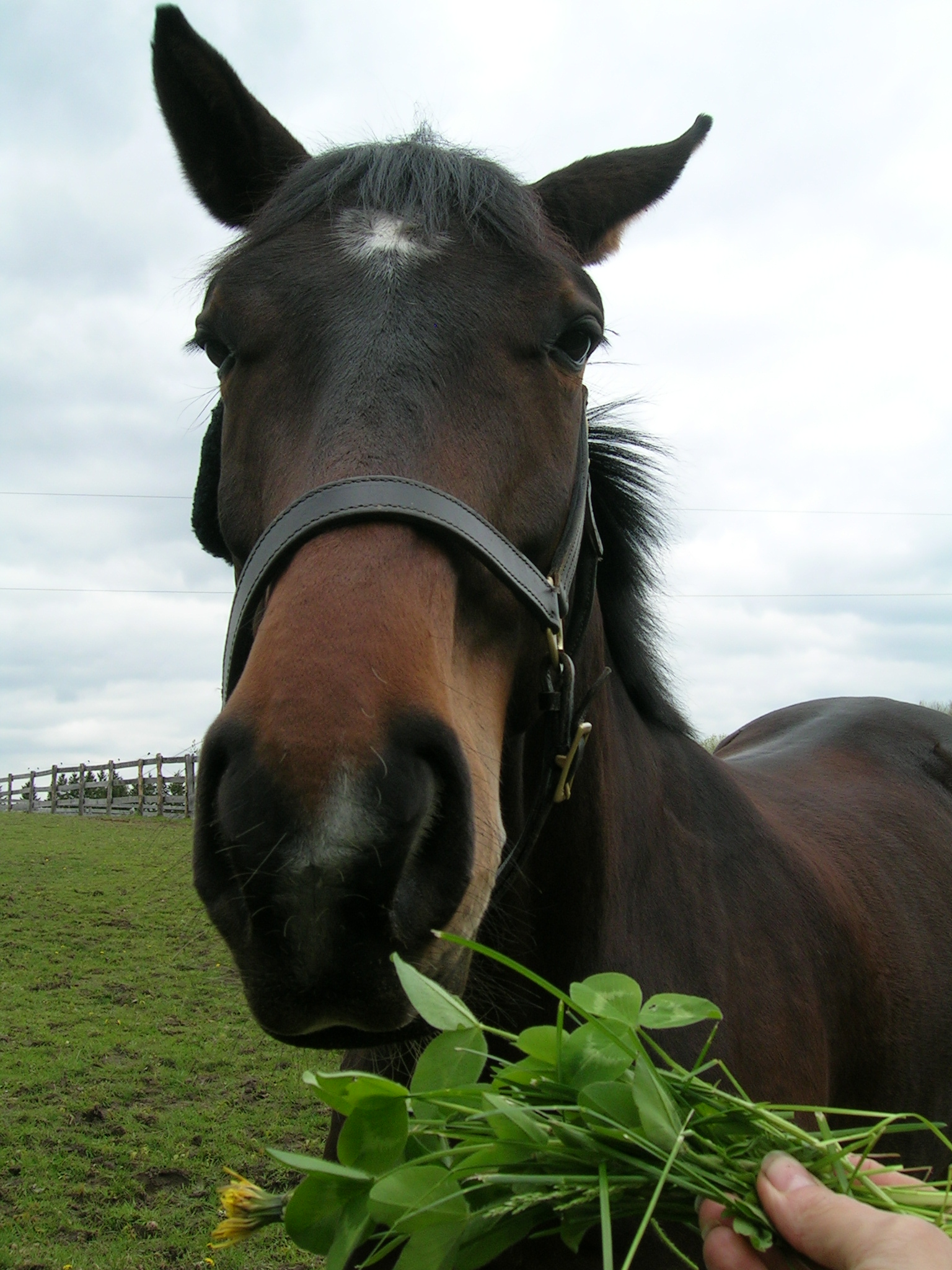 Yet another poetic rambling from my alter ego, Shakespeare "The Equine."

Anna Sewell authored Black Beauty in 1877. She wrote the book to educate about animal cruelty and promote a more understanding approach to horses. She wrote,

“My doctrine is this, that if we see cruelty or wrong that we have the power to stop, and do nothing, we make ourselves sharers in the guilt.”

Most times we don’t have the power to actually right wrongs. It is… 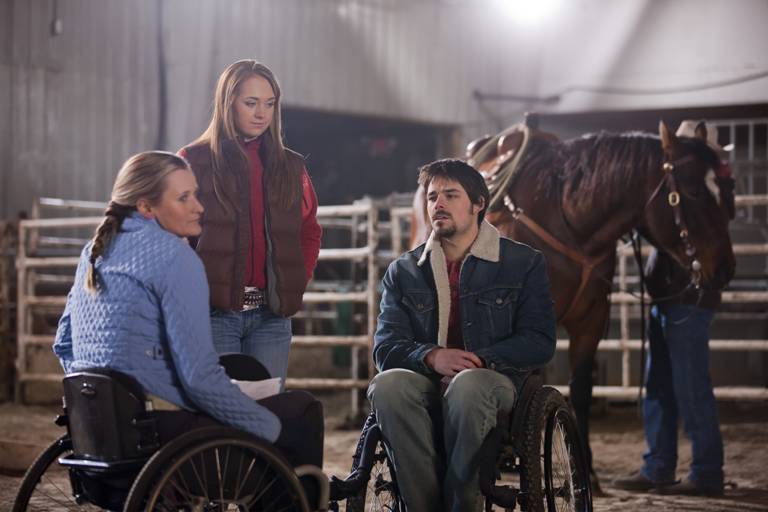 It's all about Relationship

One of the things I see missing most when people talk about the horse-human relationship, whether they specifically mention that term or are talking about anything concerning horses and humans, is an understanding of what relationship is really about.  Most of the time, people focus on training a horse to do a certain task – stand still, move, trailer load, change lead, you name it – without recognizing that everything we do with a horse revolves around the relationship we have with our…

What is USEA eventing?

What is USEA eventing?

The United States Eventing Association, or the USEA, was founded in 1959 and has more than 14,000 members in the United States as well as hundreds of riders who represent the U.S. internationally. The USEA's publication, Eventing USA, is distributed to members on a regular basis and keeps eventing riders updated to the latest eventing news as well as rule changes and more.

The United States Eventing Association is an educational resource…

I am an amateur photographer and professional rider and have always been interested in the art of photography.

I took the plunge and bought my first DSLR camera two years ago and have been playing with it ever since. As a self-taught photographer I have spent a lot of time reading books, surfing…

I know I haven't been on in MONTHS, but I've been very busy.

I ended up selling Sugar and not getting a new horse, but I will be eventually. Nothing can keep me from horse ownership.

In the meantime I'm taking lessons, hoping to get back into the jumper rings, since with Sugar all I did was flat work and dressage.

Once every rider had ridden on Friday we all met up in the Clubhouse to watch the videos and discuss the performances. We also got some yummy pizza delivered that was the size of tables and I haven't seen such large servings ever! It was really tasty too :)
Initially we were just going to have a quick glance at the videos and have a proper video analysis session on Saturday but everybody was so eager to learn and find out what they… Continue

Ok, I hope you guys have a large cup of tea or coffee handy as this is going to be a long post! Kari and I are back from the most amazing and probably most difficult training encounters we've organised to date. It was both mentally and physically very tiring but I only really experienced the true extend of my exhaustion once I arrived home. Throughout…

I love my horses, I am an otherwise sane working mum of two with a busy job on a monthly magazine but I am hooked on my horses. Maybe it's genetic I don't know, my lovely mum thinks I must be a throwback to some wild ancestor who had horses running in her blood. She shakes her head gently at me and sighs as if its all slighly bewildering this love of mine .
I am starting…
Continue

Train a Horse: Olympic Celebrations in 'the try' 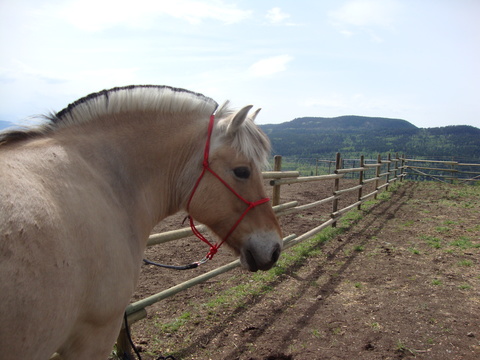 One of the biggest reasons I have my horses is because I want to spend time on the trails, improve communication, and enjoy a positive, trusting relationship with both horses. Getting to this place meant I would have to learn about them, spend lots of time with them, develop our partnership, and learn…

This has been a WET week down here in Stanly County, N.C., we got 2 1/2 inches of rain!  Bad for riding, but still wonderful news because we just got put in the extreme drought category.  Again.  The years long drought is predicted to continue this year, so I am grateful for every drop of rain that falls.

It had rained around an inch Tuesday night, so I expected lots of…

What are the wild mustangs in Karen's herds messages to us humans? Margrit will be providing the insight in this area. This week on Vickers Tree Radio we are speaking with Karen Sussman and Margrit C… What are the wild mustangs in Karen's herds messages to us humans? Margrit will be providing the insight in this area.

This week on Vickers Tree Radio we are speaking with Karen Sussman and Margrit Coates.…

My Beautiful Boy Has Died

My beautiful, beloved Santa died on MLK day.  He would have been 29 this year in April.  It had been raining nonstop, and that Monday was the first day in weeks the sun came out.  He loved to lay full out in the soft grass and soak up the rays, and that is where I found him-laying in his favorite spot.  I thought maybe we could get him on his feet, and we tried, and he tried, for three hours to get back up.  In all the years we have been together, this was the first time he ever let me down.…

Saddle Fit and Saddle Trees - Treed vs. Treeles Part One

The ongoing controversy – Treed or Treeless Saddles?? PART ONE

This is a topic I often get asked about, and I feel very strongly about. This is my opinion – based on the facts that I have researched and believe – but of course you are entitled to your opinion as well, and I know that there are many ‘treeless advocates’ riding comfortably and successfully in their saddles. All I ask is that you keep an open mind to the potential damage you could be doing to your…