They Love It, Even if You Do a Lousy Job.

Last week I complained about bi-polar February riding weather. I suggested ground-play as a positive alternative to riding some days. (Horses tell me that ground-play is…

This week it is the second part of our visit with Matt Sheridan.  In this segment Matt tells us the story of the Extreme Mustang Makeover and his experiences with Luna, the BLM American Mustang.  Matt explains how he worked Luna fo 90 days and got her prepared for the competition.  Here's Matt's ride on Luna at the Western States Expo : http://youtu.be/qqwW1owM9Oc  And, his James Bond routine at the Mustang Smackdown: … 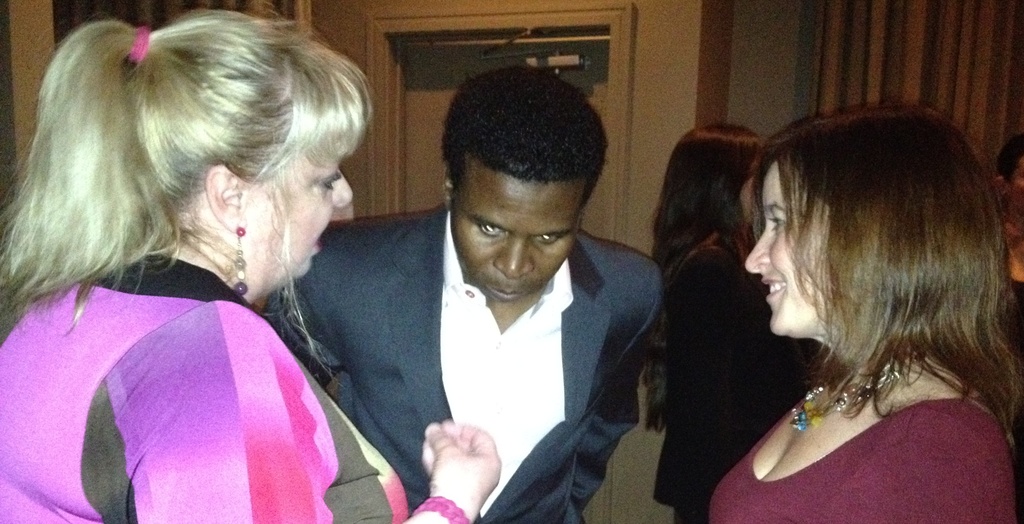 Was thrilled to meet the legenday Mike "Pinball" Clemons at the Burman Books publishers' soiree tonite in Toronto. Intro'd him to client: author & horse owner Gail Haynes. He listened intently as we described Gail’s new book about teaching kids financial literacy and entrepreneurship. He wants a copy for his teenage daughter. Wow, we made a sale! Now if only Gail can get…

I took Cruiser for his evening walk on Friday night. For the first time in a few weeks, we had to walk in the indoor arena. The driveway was a sheet of ice, and though I didn’t want him to be in the dusty arena, I didn’t want him on the ice, either.

Since he got his cough, I only hand walk him for a half hour. It had been a few weeks since he quit coughing during his walks, but his breathing is still labored—but gradually improving.

We were lucky to be sharing the arena with a…

First of all, I want to extend my sympathy and awe of all of you horsepeople trudging out in the deep, deep snow to take care of your horses.  I’ve done it in the past, I know how hard it is to carry water, hay, and grain out to the critters.  You all have my admiration.  Good work, keeping your horses and other animals going through the bad weather!  We have been fortunate down here in NC in the weather department.  This week we got rain on a day that I did not ride and we…

I hope everyone is safe from the crazy snow blizzard we had yesterday! We haven't had a dump of snow like that in ages!! For everyone who's staying inside and keeping warm, this week's blog is going to be based on gift ideas for your Valentine. First, a little history on Valentine's Day. Also known as Saint Valentine's Day, Valentine's Day is named after the Christian Saint Valentinus. The legend says that Saint Valentine was "imprisoned for performing weddings for…

Today - Working Equitation USA officially granted approval for bitless Spirit Bridle to compete in National competitions, but not in International.

I wish to thank them.

February is an unstable time of the year. It isn’t spring and it isn’t winter. There are a few 50 degree days that trick us into spring fever before the heaviest snows even come. Still, the horses are shedding, days are longer and it’s hard to not want outside again full-time. There’s no…

A Conversation with Matt Sheridan, Horseman, Clinician, and Trainer

Quite a few horsemen and trainers have stories to tell.  Not many of them tell those stories as eloquently and with purpose as Matt Sheridan.  Matt is a 5th generation horseman, a successful showman in almost every discipline, and an effective clinician.  Oh, and just a darn nice guy.

Matt stopped by our downtown studios about an hour away from his ranch, Matt Sheridan Performance Horses.  In part one of this…

What Makes a Good Coach? Part 1 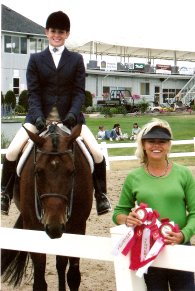 A good coach knows It's more than horse shows. Our students may take away a ribbon, year end title and "Congratulations!" from peers as they exit the ring. But if they don't take away life lessons learned from the pressure cooker of competition, we've failed as coaches. In 25 years of coaching, I smile as I look back at the clients who've been transformed…

Hope everyone had a great weekend and is getting excited to watch the Super Bowl tonight :) This week's blog is going to be dedicated to upcoming features, news and announcements pertaining to new products coming soon to Baker's. The first announcement is Baker's attended a trade show in Philadelphia last week called AETA; The American Equestrian Trade Association. This is an amazing trade show where we at Baker's have the opportunity of finding new products and…

Switching Back to the Spirit Bitless Bridle

The past few weeks, ever since Mick’s little girl switched to the Nurtural Bitless bridle for jumping, Mick has been somewhat hard to bridle--he’s just been telling people that for right now he prefers the bitless options.  Mick has a right to his opinion and I decided to honor it because I had been able to ride with a bit all summer, in fact for most of last year.  Mick had been somewhat entertained with all my experimenting with my saddles but now that I’ve settled on my…

Win a free copy of either my horse stories

I know you are all horse lovers but how many are book lovers as well?  Here is your chance to win a free copy of either of my books.  Follow the links below. this site is where book lover meet and chat with authors and read reviews of the books they would like to read.  Get in on discussions of your favorite books.

I am looking for employment on a horse ranch or at a riding stable?

I have 30 yrs experience with horses.... needed asap

Friday February 1 2013. While grooming Cooper he was getting antsy and nipping at everyone who went by including me and Al and pinning his ears. I decided to put his bridle on and do some giving to the bit work. At first he was going like crazy and would not slow down to a walk so I took him off and let him free run as no one else was in the arena. He ran around a lot for a few minutes then started to listen to me. He kept a circle around me and changed directions when I asked him to. One…

If you follow this blog, you know I have been in a pretty lousy mood lately. I’ve been pondering mortality.  The loss of a hard working dog and a sweet old horse has got me feeling particularly cold and dark this winter.

I’m usually pretty good at picking myself up, but this time it’s a lot to lift. I started doing that thing that sad people do late at night on…