The past few weeks I have been suffering from a head cold, serious business for someone with MS.  Last Wednesday, since I had not ridden in twelve days, I dragged myself out to Debbie’s stable though I was still weak and unsteady on my legs.  I wanted to ride more in my new treeless saddle!  By the time Mick was brought in, groomed, and tacked up I was wondering if it was a good idea but since he was all ready, the sun was shining, and because we had to evaluate how I had…

This should make some folks ask serious questions regarding Clinton Anderson

First of all, this is nobody's business other than mine and the horse's owner. If people would pay more attention to their own lives, their own horses and their own problems, the world would be a much better place. But there are too many looky-lous and sticky beaks that want to stick their nose in and stir up trouble when there's no trouble to be stirred up.

I’m lucky to have a herd of horses under my care. Some people call it horse poor, but I feel rich. I’m lucky to be able to keep them as a family/herd, three of them literally related, in a large pen where they can interact freely. My herd is all ages and sexes, with a wide and extreme range of… 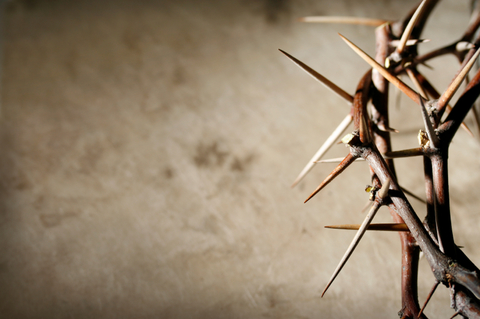 In my childhood, I never knew what Good Friday was all about. Overshadowed by Easter Bunny anticipation, I knew it had something to do with Jesus dying, but I sure didn’t know why He died.
Now, the death of Jesus Christ has become more significant to me. Speaking to a group of teens at Teen Ranch’s horse camp last summer, I used this analogy… 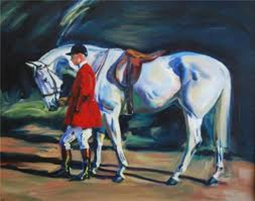 That’s the way we’ve always done it… Sometimes it takes that non-horsey person in our lives to cause us to question the root of an equestrian tradition. (“Why do you mount on the left side?”) Other times, a training road block inspires us to look for a better way. (Is a nose band really the best answer to bit evasion? Is a fat snaffle always milder than a curb it?…

Person must be able to share chores. Usually one full day per week (turnout + muck 7 horses + bring in + night check) All in one day or split over a few separate days.

Cost works out to approx. $350 mth. Much less in summer with grazing.…

Doing the Right Thing at the Wrong Time

This topic is something I feel needs to be talked about more often. It is very possible to do the right thing but at the wrong time. Which would make it wrong in most cases. There is also another side to that. In some cases it is possible to do the wrong thing at the right time. There will be times this could turn out to be the right thing. This in part is why I try to look at right and wrong in a way so that its not absolute, but in a way that I see variable extremes. Some simple math…

I strongly believe in desensitizing horses to everything you can.

I strongly believe in desensitizing horses to everything you can. You never know what you will come across while with your horse and it's up to you to remain relaxed in all situations to pass this confidence onto your horse.
I was very lucky to board at a barn who also owned a contracting company. All of my horses have learned to not bother with heavy machinery and loud noises. Dump trucks, dump gates crashing shit, bulldozers, bobcats, excavators etc are all no big deal no matter how far… Continue

That’s the way we’ve always done it… Sometimes it takes that non-horsey person in our lives to cause us to question the root of an equestrian tradition. (“Why do you mount on the left side?”) Other times, a training road block inspires us to look for a better way. (Is a nose band really the best…

I Got to Ride in My New Treeless Saddle

Nominate Your Horse for Beautiful Horses of Maryland and Delaware

The Beautiful Horses of Maryland and Delaware - my upcoming series of paintings - will feature horses that I photograph this summer in those two states. This is the final week to nominate your horse. It's EASY with this online nomination form: http://www.karenbrenner.com/form_beautiful_horses_of_MDDel.html.

You'll find all the details about the project at that link as well.

Deadline to apply is March…

Ah, Spring! When a young girl’s thoughts turn to… horses. Just like old girl’s thoughts, and just like every other day of the year. Horse-crazy girls are a consistent…

What Does it Take to Coach a 'Parrallel Rider'... a Para Equestrian? “Riding gives me a purpose and a reason to get up in the morning.” Para Equestrian Robyn Andrews.

The term “para” refers to parallel equestrians who are “parallel” to able bodied equestrians but who are riding with disabilities. Disabled riders who compete in national and international competitions are assessed by doctors and physiotherapists and placed into…

On February 8, 2013, the Working Equitation USA granted approval for the bitless Spirit Bridle to be in recognized competitions at the National level, however, separate approval would be required from the International governing body in order to compete at International level.

Thinking of breeding your mare this spring? Do you love dogs? Here is your chance to breed to Elite Oldenburg/CSHA reg. stallion Luberon. Bid in this auction at discounted stud fee and help out Potcake Place, canine rescue at the same time!
For more info check out " events" here or visit Luberon's facebook pge: Oldenburg stallion Luberon

So I'm new to Barnmice, so I would really appreciate if someone could give me a general idea about what you can do here.:)
Secondly if you would be so kind to watch this short video for me: http://youtu.be/awa-Kyv51Fc
I've entered the ProChaps contest and this is for the second round, but sadly my video has been put up a week later that the others who have over 900 views now, so I would appreciate every help I can…

Why We Love Them.

I had a philosophy teacher who believed that vulnerability was our greatest strength. I debated her; my shell was pretty thick back then and I had a lot to defend. When I was worn out…

Hey everyone, we are issuing our Baker's blog based on lunging exercises etc. and want to feature some of your ideas. If you have any lunging exercises and tips that you want to share, send us your input by emailing us or messaging us on facebook and we will post some of your suggestions. We will also pick a winner at random who participates and they will receive a small prize from Baker's. We can't wait to hear your input :)