WHAT CAN OUR HORSES TEACH US ABOUT TIME

What would it be like for you to live as fully in the moment as your horse? Would living in horse time bring you more success? More happiness? More brilliance?

While horses live primarily in the present moment, humans spend the majority of their time in either the past or the future. For example: You might be worrying about how you and your horse are going to do at your next horse show… 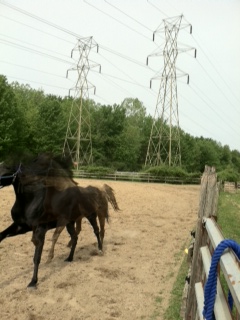 What a wonderful weekend to ride!  The temperatures were wonderful, the sun was shining and the mosquitoes haven’t started yet.  I took Cole on a short ride with my sister and boyfriend on Friday evening.  The horses were great.  I then took Cruiser on a short, fast ride, and we had fun.

Saturday, my younger niece came out to ride.  She rode Ranger, my sister…

Mia Gets Through To Me

Last week I was all buzzed up, I had gotten Merlin to move!  I sat and thought and thought over what Mia had taught me about the importance of tongue movement.  One thing that occurred to me was that maybe I was not giving enough rein to let Mia’s tongue move freely since my fingers on the side of the pushing hind leg were moving maybe a millimeter further than with the other hand, and I decided to try moving my fingers forward a little bit more (like a ¼ inch) to see if she…

Abuse in competitions can be stopped by associations

I applaud the National Snaffle BIt Association for its 'public' stance against abuse of the competitive horse.

And for having the fortitude to insitute consequences for abuse.

Compassion for All Life. Not Quite.

This morning a lone Canadian goose flew over my pond, calling loudly- back and forth, and again. I wondered if she had lost her mate, or worse. Heart-felt goose sympathy…

If you have read my blog, I think it is pretty obvious how I feel about animals, and especially horses. To be clear- any horse, any mustang, any donkey, any pony. And then- any age, any breed, any challenge. Of course- any place, any time. Finally- any equine not already mentioned.

Anyway, back to Cole.  It has been an exciting 2 years.  He went from being afraid to step on pavement to an…

The Top 10 Things Your Vet Wants You To Know

The folks at SmartPak have put together a really great list for all horse people to read. Does anyone have anything else they would like to add?

The Top 10 Things Your Vet Wants You to Know

I love riding with my sister—no one is better than her.  We usually ride together only on the weekend, and I look forward to it so much.  There is only one problem.  I have a young horse and she has an older horse.  We aren’t sure how old Ranger is, but he has to be over 20.  He has arthritis in his hind legs that has made it impossible to put shoes in the back, and that’s where…

I'll keep the background story brief about me and my horse Jobi for now. I'm sure it will develop itself with more posts. I owned him for many years and brought him up through advanced work in dressage using French Classical methods, life change forced me selling him only to later have the opportunity to buy him back. He was returned to me a very different horse and we are unweaving the many bad habits, resistances and new quirks.

Among those has been his complete inability to relax…

What Merlin Really Wanted Was a Pacifier

Sometime last week while I was thinking about my lack of progress with Merlin I got to thinking about how a horse moves with his whole body.  As my body gets more together with riding at a walk I’ve noticed that when:

The horse pushes off with his hind leg,

The front leg on the same side is moving forward (and the top of the shoulder moves back),

The horse’s barrel on the same side is moving out to meet my leg,

Olympia, Washington, May 4, 2012 -- Everyone knows that confidence and success come hand-in-hand. So whether you need a little boost or a lot of building, nationally known equestrian confidence coach Cathy Rivers, as part of her Big Horse Dreams, The Confident Equestrian Program, has designed a new e-Workbook that provides a proven learning progression for mastering confidence skills in order to improve your training, riding, competing, communication and overall enjoyment…

Cole Train in the Rain

Cole Train in the Rain

Sure, he used to live outside.  That doesn’t mean he likes rain.  He has the good life, now.  No rain—unless I am riding him.

The first time we got caught in the rain, he immediately tried to turn and run home.  That took my by surprise.  After…

Do you think it’s time to clean the truck?

My hay guy got a new truck- a pristine dually in a pearlized-platinum color, with near Porsche-like lines. That big diesel engine hums like a finely tuned tank.  If Tony Soprano had a truck, it would look like this. I liked it even more the second time I saw it, muddy and mussed. Should a dually really be this sexy?

I am the other kind of truck owner-…

Sherborn, MA – Thanks to the efforts of dedicated dressage members of the New England Dressage Association (NEDA), as well as dressage communities and enthusiasts all across the country, the United States is preparing to send a para-equestrian team to the 2012 London Paralympics. The quest for a United States Para-Equestrian team that could compete in London began over a year ago, has not only been a fantastic journey for para-equestrians but has also been a strengthening of…

The New England Dressage Association (NEDA) continued to bring forward top educational opportunities for its members and dressage enthusiasts with their 2012 Spring Symposium taking place this past weekend. The Spring Symposium was held at Apple Knoll Farm in Millis, Massachusetts with Olympic Bronze Medalists…

Mark Your Calendars For NEDA Spring Show At Marshfield Fairgrounds

It’s time to mark your calendars for the New England Dressage Association’s (NEDA) Spring Dressage Show at Marshfield Fairgrounds, May 12th and 13th. Always a highlight of the year, and a great way to kick off the season, the NEDA Spring Show offers classes from Training Level to Grand Prix, qualifying classes, great footing, permanent stalls and a fantastic venue.

Charlestown, MA – The New England Dressage Association (NEDA) is a strong supporter of the equestrian community, and recently the organization stepped forward to show its dedication to dressage riders everywhere. The NEDA Board of Directors voted to donate funds to the USDF to purchase the 3rd through 5th place plaques for the USDF Year-End Awards for the 2012 season.

The USDF had eliminated the 3rd through 5th place plaques for this year due to budget cuts, but… Here are some pics of My son Nick at the South Australian Inter-School State Championships. 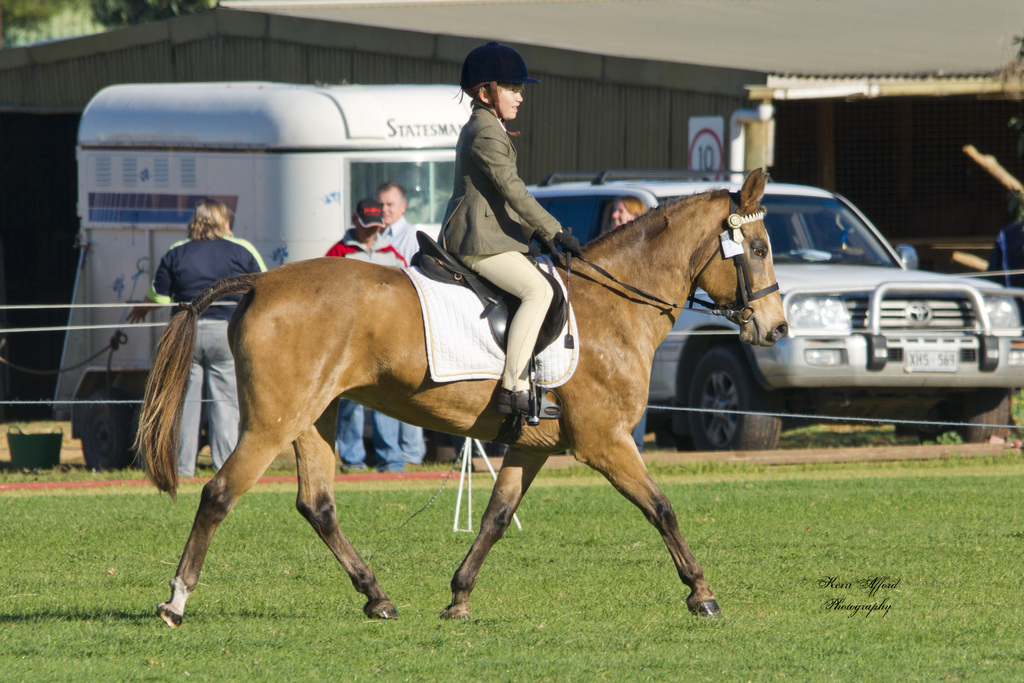 His Dun pony , Rocket, was 2nd in the primary school Challenge. 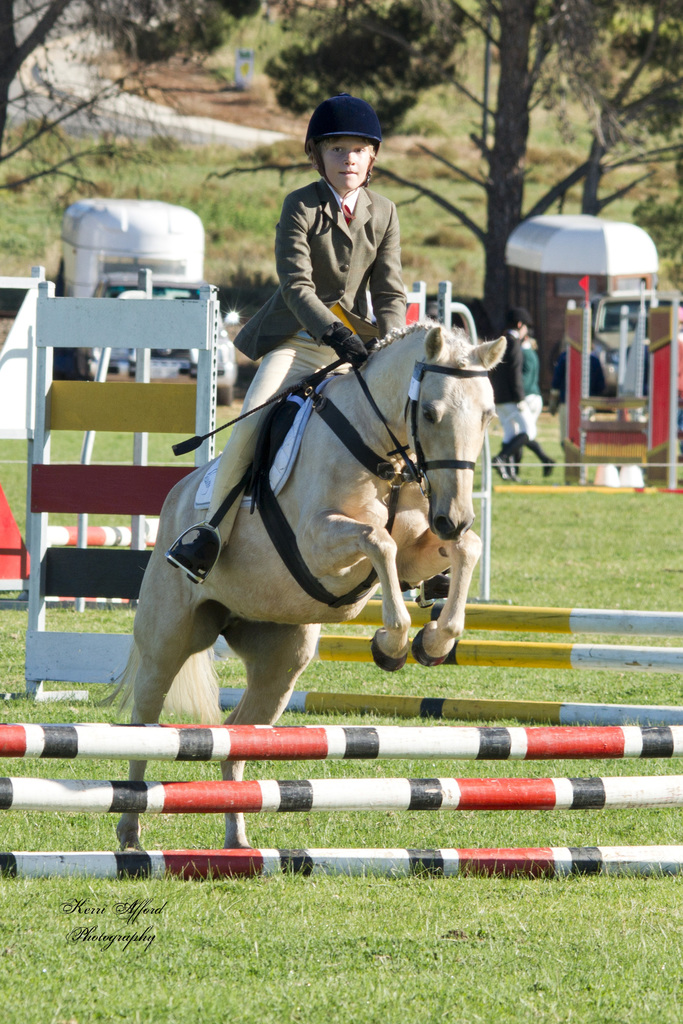 The Challenge is a three part comp, a ridden work-out, a showjump course (judged on equitation) and an…

There were 2 others riding in the arena so space was tight but we all managed to work together. One girl had a jump set up and Cooper & I would watch when she jumped. It was funny, Cooper was really watching her jump too. We did about 20 minutes on the ground, some changing eyes stage 1 and some circling. He wanted to be in close to me tonight. I had him do some transitions from walk to trot to walk, more walking. We did falling leaf to the back of the arena…