A few weeks ago, on Ebay, I found this listing for an “extremely rare” Wellep Full Cheek Double Jointed Snaffle. Yes, this bit IS extremely rare, I have been haunting Ebay for seven years, frequently checking for any Wellep bits for sale, and this was the first time I had seen a double jointed Wellep bit for…

My horse is bucking! -What to do? Part 2 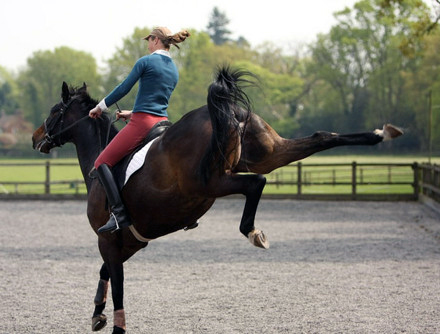 Avoid it  - If I’m going to stir up a storm, I need to be able to ride through whatever horse’s response so that he doesn’t find bucking rewarding. So I might come at a training problem in another way vs attacking head on.

Examples – small wins vs epic wins. 3 % improvement. Aim to never have to step back down the training staircase because you jumped…

I’ve been taking the youngest out for rides on Coyote in the mornings while the oldest is at school. I’m glad he’s liking horses, I thought he’d be tractors and nothing else. One morning I went ahead and turned Rusty out in the yard to graze while we rode. We left him behind for the first part of our ride, fortunately he can’t really come with out through the corn field. But when we got back into the yard he started following us. I decided to have some fun with it and see what he would… 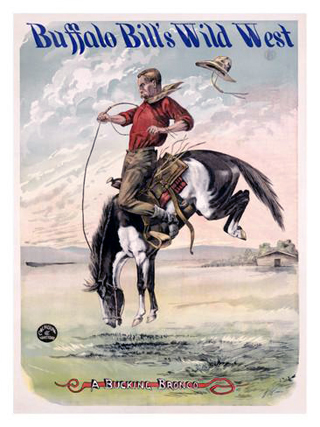 A behaviour expressed in variety shapes and sizes:

A buck can also follow a flight incident like an exclamation mark on the tail end a spook.

Why does my horse buck?

In last weeks blog I told all of you about my experiment in using both my Corrector saddle pad and my Kerrits IceFil tights, and how my Pegasus Butterfly jumping saddle stopped shifting so much to the side. On Sunday morning it was a bit cool and a wind was blowing, so I decided to wear my FITS Performax full seat deer skin breeches instead,…

Survey on Steamed/Soaked hay for a Master's project

Do you feed your horse steamed hay? Have you ever wondered what the benefits could be? This survey is being distributed to people within the equine industry in Ontario to understand the prevalence of the practice of steaming/soaking hay within the province. We currently know that…

This has been an amazing week for my riding.  I finally managed to stabilize my new saddle so it stays centered on the horses’ backs, and I stopped slipping and sliding around in my saddle.  The horses were happier, Debbie, my riding teacher was amazed, and if I were not exhausted I would feel like I was in my twenties again.

Two lessons ago, Debbie was please with a lot of my riding and Bingo’s responses, but she was NOT pleased that I could not keep myself…