Last week I only got to ride once since Debbie had summer camp. Fortunately I have something new to report about my relationship with Cider!

Cider, an Arab/Welsh pony mare in her twenties, and I had been in a sort of frustrating round of identical rides week after week. With the help of my Kerrits…

Healing Journey with Mara B

Please follow our story on FB@maraequinetherapy. I post six days a week about my horse time and share how Equine Assisted Therapy is part of my healing journey after my son's suicide. I have just started to voice my thoughts after five years of retreat.

We would welcome your support and connections.

Helen and Mara B 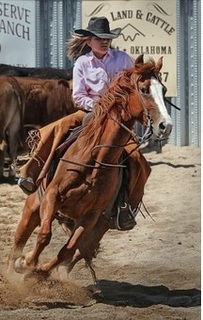 It's almost the middle of show season and after months of preparation, training and schooling, horses are expected to be at their best and perform unconditionally.  Many horse owners are quick (and excited!) to purchase new tack and equipment, new show clothing, take extra lessons and even switch up their feeds to get the extra edge.  However, no matter how good you…

An Arab Mare Can Touch My Soul

An Arabian Mare Can Touch My Soul

Summer has arrived down here in North Carolina, and so far this is the type of summer I remember from decades ago, HOT, MUGGY, and with many afternoon thunderstorms. Within a minute of stepping outside the sweat starts, and unless there is a breeze the modern summer tech fabric shirts and tights do not work very well. At least we are not in a drought this year,…

When I arrived at the barn on Wednesday I was already tired. On Monday we had driven a long distance to see my son and grandson up in Asheboro, NC for dinner. Then on Tuesday I had to go a long distance to see the periodontist, go by the tack store, then to Charlotte for several hours. I told Debbie I would not be able to do much. Well, guess what,…

My horse has a red ribbon personality! Instead of donning a red tail ribbon, train towards and attitude adjustment. 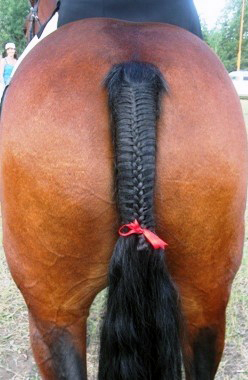 It’s not uncommon at open shows to see a red ribbon fastened on the tail of a horse. The message? Stay away.  I kick.

if your horse’s territorial nature has gone so far as to warrant a red ribbon it's time to go back and do some homework before going off property.  (More on that  next post!)

I know some people with red ribbon…

Wednesday was a wonderful day for riding, for early summer. Since I bought my Kerrits IceFil tights with the silicon full seat, I have stayed pretty cool, but on Wednesday my body said NO when I went to put on my grain leather half chaps, so I rode in my Moxie Air-Puff ventilated half chaps though they are a little bit… 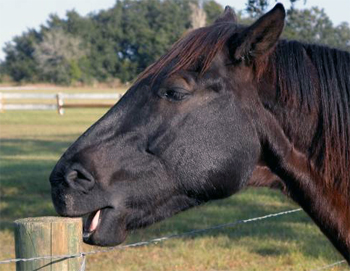 The debate around legalizing marijuana continues. Some would say it’s condoning a vice. What about “condoning” cribbing? More and more researchers  are leaning toward it.

Dr. Daniel Mills, an equine behaviorist UK specializes in stereotypies. “ I’d generally say, unless the horse colics recurrently, that it’s better to allow him to crib then to prevent it…