Happy Birthday Sags. It is time to reflect on what you have accomplished during the past year. Actually you did remarkably well., considering the odds, which were pretty much stacked against you. You have worked long and hard all year, you kept your focus, now it is time to make a plan and work it.There is no need to become frustrated if you do not feel or see any immediate change in your life. They are coming and you will have to take on…

Quick tips for switching your whip with ease 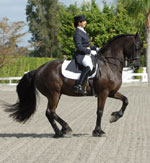 Here's a step-by-step method to switch your…

I don't know how Mrs. Madeline Pickens feels about nicknames, but this week I've been thinking of her as Mustang Maddie, and here's why:

People around the world have asked the U.S. Bureau of Land Management (BLM) to admit and repair their mis-mangement of the Wild Horse and Burro program, but it took Madeline Pickens, thoroughbred horse breeder and animal advocate to "cowboy up.

9 Tips for Warming Up Your Horse

So many riders are confused about how to warm-up their horses so they can have a productive schooling session. So here are 9 tips to help you with your warm-ups.

As a rider and trainer, your goal in the warm-up is to take the restrictions away from your dressage horse's body. So depending on the day, your warm-up could be as short as 10 minutes, or it could end up making up your entire ride.…

Traveling to Brazil to see Lusitanos

Next week, I'm going to Brazil to visit Interagro Farm, the largest breeder of Lusitanos in the world. There are about 600 horses being raised there - 30 are being brought to Florida for an auction in February. I'm getting a preview. The photos on the web site, lusitanocollection are gorgeous. I know they are champion dressage horses as the entire Brazil dressage team were comprised of Lusitanos. Now I've learned that a Lusitano won the Beginner Novice division in Eventing last year. As a…

Do you buy your horse a gift at Christmas?

I know lots of people like to spoil their pets over the holiday season too. I'm afraid that my horses probably work harder at this time of year than any other time, because the office is shut so I have lots of time!

So, because of this I like to spoil them (& myself a little bit too!) so I always make sure I sneak a gift or two for the horses on to the list.

This year, I think some matching polo bandages for the 2 brothers (or the terrible twins as they are known at…

In celebration of the launch of his new DVD Prepare to Win Vol 1, internationally acclaimed coach Conrad Schumacher was kind enough to do an exclusive Q&A for Barnmice. Enjoy!


1. In what ways has working with such a wide range of riders and horses in
Europe and North America affected or expanded your classical approach to
training and teaching? Can you give a specific example?

In Germany everybody who starts to ride gets a…

Jane Savoie: How to Break the Cycle of Fear

Here are some great tips for breaking that cycle of fear...

The simplest, quickest, way to relax is to BREATHE.

Now, I know you're breathing or you wouldn't be reading this! ;-) But are you breathing in a way that promotes relaxation?

1. Let's find out. First, let's dissect what you do when you inhale.

Stand up. Take in a really deep breath. Did your shoulders go up? If they did, you're just breathing in your upper…

Toronto, ON – Olympic Champion Eric Lamaze brought his Gold-medal horse Hickstead across the ocean to compete in just one class at The Royal Horse Show this week, and it couldn’t have gone any better than it did tonight. Hickstead once again demonstrated he is in a class all to himself, exploding over the jumps with power and stamina unmatched in the arena this evening, if at all. 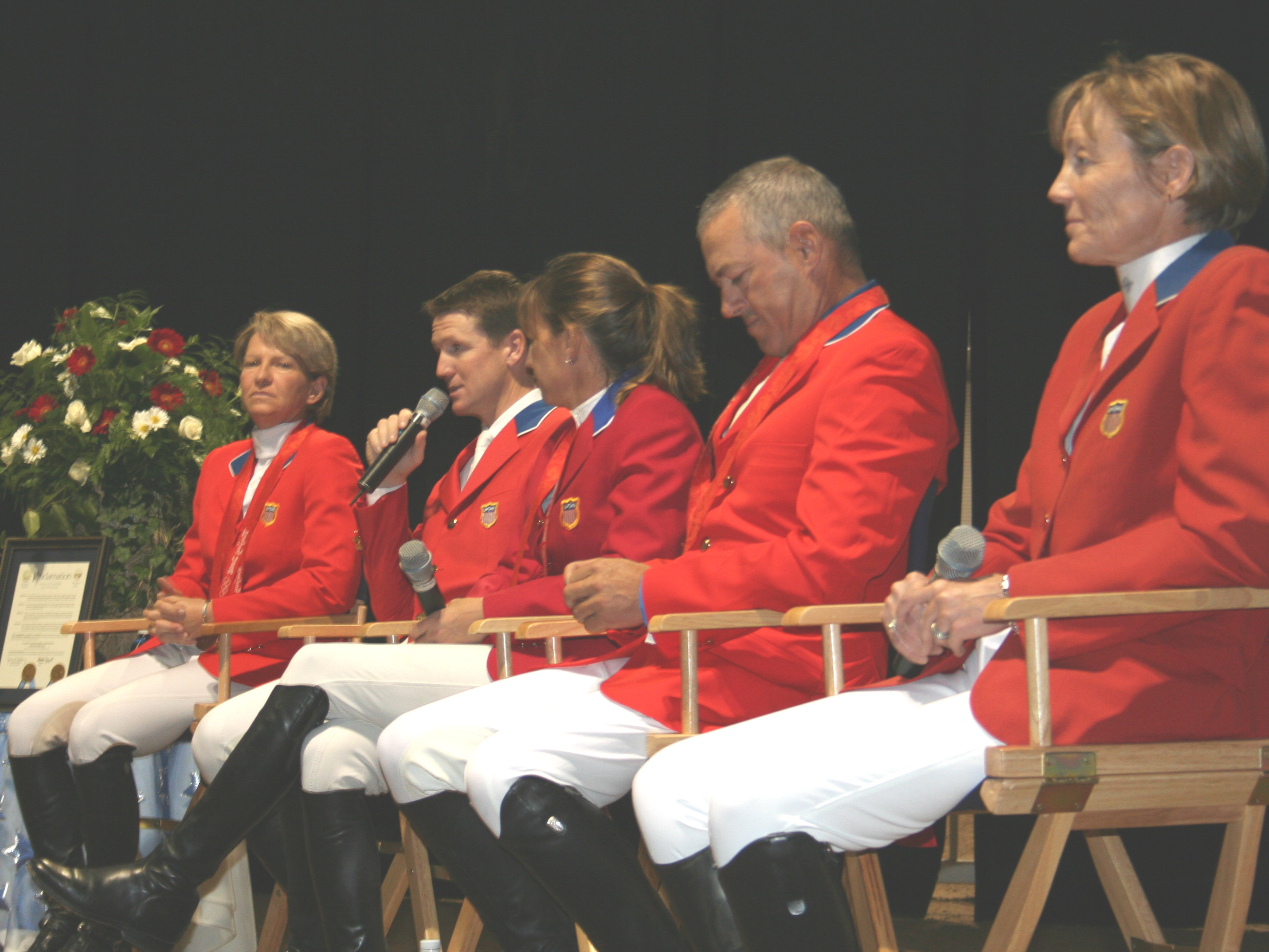 We were privileged to see the US Olympic Gold Team medalists when they appeared together for the first and only time at the Syracuse Invitational Show on Oct.31.
They discussed their passion for horses, early riding experiences and answered questions from their fans. McLain Ward mentioned his mental preparation for the Games, working with a golf sports coach to improve his ability to deal with pressure.
Laura Kraut talked about the bond…

Cali's first visit to a restaurant

Cali made her first visit to a restaurant today. With permission of the
owners we attended the year end banquet for the local Mini Horse club.

Cali, rode in the SUV. We towed her bathroom. Which is her trailer at this
moment.She is comfortable "going" there. She goes right on cue every time I ask
her. She did need her ramp to get in to the SUV, but she jumped out. Good girl!

We had a second session this evening. Working on forward with a pull. I'll take forward anywhere. Click.
Once we get consistent forward, we can begin to train choices of where.
Cali's used to being led. Taken where we want her to go. This is her "first toe in the water" of making decisions. I let her decide where to go. For a little horse, that's confusing. So, it's natural that she would choose to go the places she is used to.

She chose the trailer, the car. When asked…

Cali is settling in well. She's was a little nervous at first and she and my old mare scared each other.

We had a first lesson: Putting on the Dog Harness I got her. I'd opened the large dog harness as large as it would go.
Sigh... our perceptions are so weird. The first thing I had to do was to make it smaller at every angle. She was patient even though the wind was howling.

Next, I let her take me where she wanted to go with a little tug on the harness. She…

At some point all beginner riders have thier first fall. The fear of that fall can inhibit the riders growth for months or years to come. What are somethings that you found works to over come this fear.

I know that it takes ten falls to becoime a rider, as it takes 10 falls to psychologically able to get over it with ease. But I believe we can make this less if we provide the coping tools to young riders.

A few things that I found that work:
1) If the rider is…

Quotation Of The Month - November 2008

"Sharing your life with a horse brings light into it, no matter what the conditions or season."
--Lois Heydt, October '08 EQUUS