Road to the Rose Bowl!!

It is less than a month until the Canadian Cowgirl horses leave for sunny California!  The journey is expected to take 4-5 days depending on the weather, so hopefully the weather gods are looking in our favour.  It takes a lot of planning to organize a trip like this.  If you think it's difficult getting one horse and rider ready for a show, try 18 horses and 22 women ready!  But it will all be worth it!

This week I was talking to a writer-friend about how he approached a new project and he offered to share his writing discipline.

Discipline is a word that can make a person seize up with negative anticipation; it’s a punishment or correction. The visual that comes to mind for me is an angry parent dragging a little kid by the arm.

This is all about “capturing a behavior” with clicker training. We can train a horse to do anything with the aid of a clicker. When we saw Cole stretch one morning, we thought it was so cute that we clicked and treated him for it.

I don’t know when we clicked him for it the first time, but every time we saw him do it, we clicked again. Sometimes it would be days even weeks between clicks. Last month, it seemed to be getting more frequent. We noticed he was most… Continue

Kevin and I had the opportunity to take our horses on a long ride on Thanksgiving. Unfortunately, Ellen had to work, so we went without her. I took Cole Train, and of course, Kevin took Starry.

Life hasn’t been very cooperative, so this was only the third long ride of the year. Cole is faster than Starry over the long run, so just like in the past, we lost them a few times as we trotted along. Kevin warned me this might happen, so that I… Continue

Ranger and the River

Ranger and the River

Seems like I have written about this, before. If it sounds familiar, it probably is because it is.

Ranger was sound enough to go on his first trail ride in a couple of months. Hurray! We decided that he should go with Cruiser. Wow, was he excited. He pranced and danced and looked like he was a whole hand taller as Ellen led him down the driveway and down the hill to the mounting block by the river crossing.

Ranger decided he was going to… Continue

Can anybody post some holiday themed or wintery pictures to share?  I love the snowy pictures.  I will post one myself very shortly. Snow is rare in my part of the united states and it makes for such beautiful pictures.

I wish I could ride.

When I was about 6 years old, my cousin moved to Kentucky. She started riding by the time we went up to visit for the first time. I was 7 when I got to ride one of their horses, Freckles. I always liked horses, but riding Freckles made me love them. It made me feel so happy being up in that saddle. Feeling his every mood. Ever since that experience, I always wanted a horse. When I was.. eh, I'd say about 8, my cousin was in town and she made me a Barnmice account. I was so into it.… You likely have a list of a few things you’d like to delete from your horse’s repertoire. From rooting the reins out of your hands to biting at the lead shank to slipping a trot step into a flying change.

“In almost all training, situations, the most effective way to “delete” behaviours is to prevent them from being expressed.” Dr Andrew Mclean,…

Will This Soap Opera Ever End?

I approached Friday’s ride with eagerness because I had not been able to ride Mia the previous two weeks.  Normally I LOVE riding Mia, but ever since Quizzy entered the picture a month ago Mia has not been the same horse.  Debbie had Quizzy checked over by the vet, including palpating the ovaries, and the vet found nothing wrong with Quizzy and she told Debbie just to feed Quizzy more Regumate to try and cycle her out of her hormone driven manias.  Apparently the previous…

Do you think horses are healers? Have you experienced their intuitive sensitivity? If you are inspired by the unique and amazing ability of horses to teach and heal humans; if you would be honored and happy to witness horses facilitating a person's insight and immediate learning - I need you to assist me for short periods of time.

I am a Life Coach and a Reiki Master and offer individuals and small groups mind-body coaching, creative…

The holiday season is upon us. From Thanksgiving till the end of the year, we’re encouraged to celebrate the family, seen through Norman Rockwell eyes. Lots of us fit that mold. Our families come together, smile into the camera, and stay up late laughing.  Generations of women gather in kitchens and cook massive meals to the praise of the men folk.

To Clip or Not to Clip?

To Clip or Not to Clip? by SmartPak

Like just about everything in the horse world, the answer is “that depends on your horse.” Environment, management and personal preference all play a role in deciding whether or not to clip. Start by answering some key questions:

As in, who’s going to be responsible…

This entry is the joint product of two people:  myself as the anatomist and biomechanics scientist, and my business partner Jo Belasco as professional trainer. Jo and…

As New Englanders, we SmartPakers love the fall. It’s a beautiful season full of glorious riding weather and two of the best holidays. But it’s also the warm-up act for winter, which is slightly less awesome when it comes to life in the barn.

Personally, I’ve been in a bit of denial…

Sometimes the best way to understand how your horse moves is to mindfully experience how your own body moves.  This is called experiential learning.  When I used to teach comparative anatomy and functional anatomy in the university, I always told my students that the number one tool we all have to understand how animals move is our own bodies.  See if you don’t discover something really cool about horse…

Hope everyone is starting to get into the Christmas spirit, especially now with the Santa Claus Parade taking way in downtown Toronto. This week's blog is going to be featuring recipes for spoiling your horses with homemade treats this holiday season. Baking is one of the most fun traditional aspects of getting into the Christmas spirit, so why not bake some treats for your equine buddies. Some common ingredients you will need are: oats, molasses, flour, any type of…

Questions you should ask BEFORE you get on that horse! 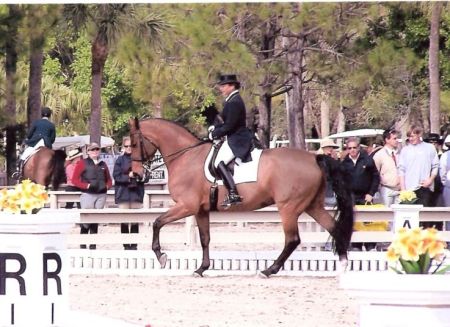 Last month we talked about the
questions that I ask every owner of a new horse coming into my barn.
Young or old, trained or untrained, it's essential to know as much about a new horse as possible.

Wednesday was nice, sunny, windy, and cold.  Mick had been out for an hour before being brought back in and even though he wears a warm blanket he was obviously stiff.  I massaged his loins with my roller ball hand massager, he enjoyed it but he was as stiff as always as we headed toward the ring.  When I mounted and we started walking his back did not “swing” and he was not too happy about having to move.

Everything you need to know to help keep your horse's digestive system balanced and healthy.

Colic is a general, catch-all term used to refer to any sort of abdominal pain in horses (in layman's terms, it's a belly ache).

While some cases may be so mild that you don’t even notice, a severe case of colic is a medical emergency.…