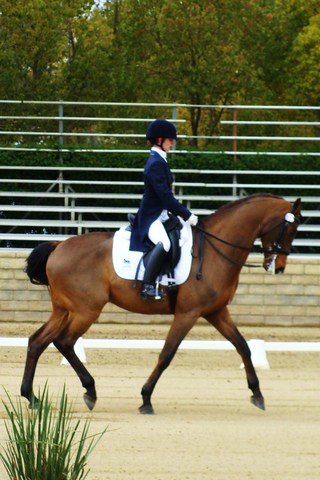 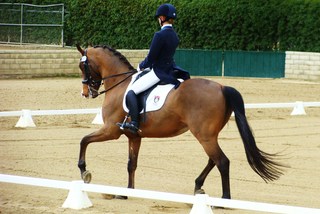 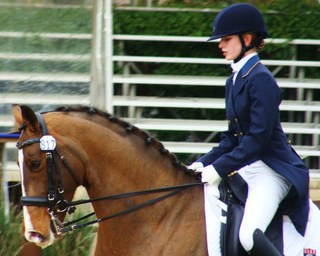 Chance and I had a fun weekend in Burbank February 23rd through the 27th despite the torrential downpours and mud over the weekend!  We arrived on the show grounds on Wednesday.  After we unpacked everything I lunged him (boy did he need it!) and then walked him around under saddle. He felt comfortable and very quiet so I was excited for the weekend ahead.  On Thursday I got a lesson my trainer Ashleigh and Chance was a superstar!  He felt amazing and we had some great "lightbulb" moments go off for the both of us.  Then, it was time for the first test on Friday.  Our trot work was very nice and accurate and for the most part our canter tour was also, but I didn't ride the pirouettes like I needed to and he struggled a little bit.  I was pretty happy with our ride and was pleased when we were rewarded with a 64.7% at our first ever Young Rider CDI!  On Saturday we were ready to go once more! I really went for it in the trot and it felt fantastic! Perhaps some of the best trot work he's done in a test.  However, I wasn't able to ride the canter the same way and we had some mistakes in the tempi changes and large pirouettes.  Never the less it was still good enough for a 63.6%, giving us a 64.2% average from the show and a 65.8% average for the season so far.  On Sunday we had one last ride, the freestyle.  I had only had my freestyle for a couple of weeks so it was new to the both of us, but I had listened to my music probably a million times to ensure I knew it really, really well! We had a fun ride and I was happy with the test, though Chance was pretty tired by then and, once again, he wasn't feeling the pirouettes.  We ended up with a 66.25%, which I was really happy with.  I learned so much this show and I know that we just need some time and experience to perfect our rides in the Young Rider classes.  I can't wait for an exciting show season ahead!  We get to come home for a week and a half, but then we're off to Del Mar for another qualifier!  I'll keep you posted! 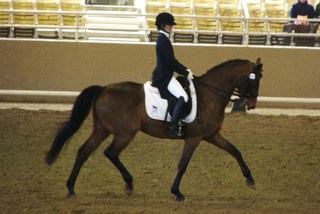 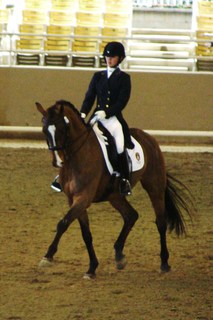 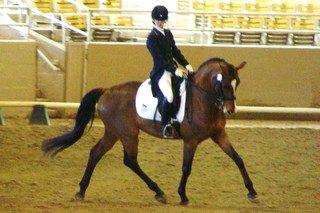 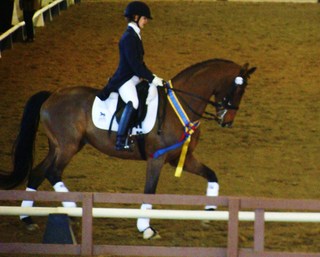