Lil's husband, Robert, brought his camera out to our paddock the other day, so I thought I'd share some of his pictures with you. 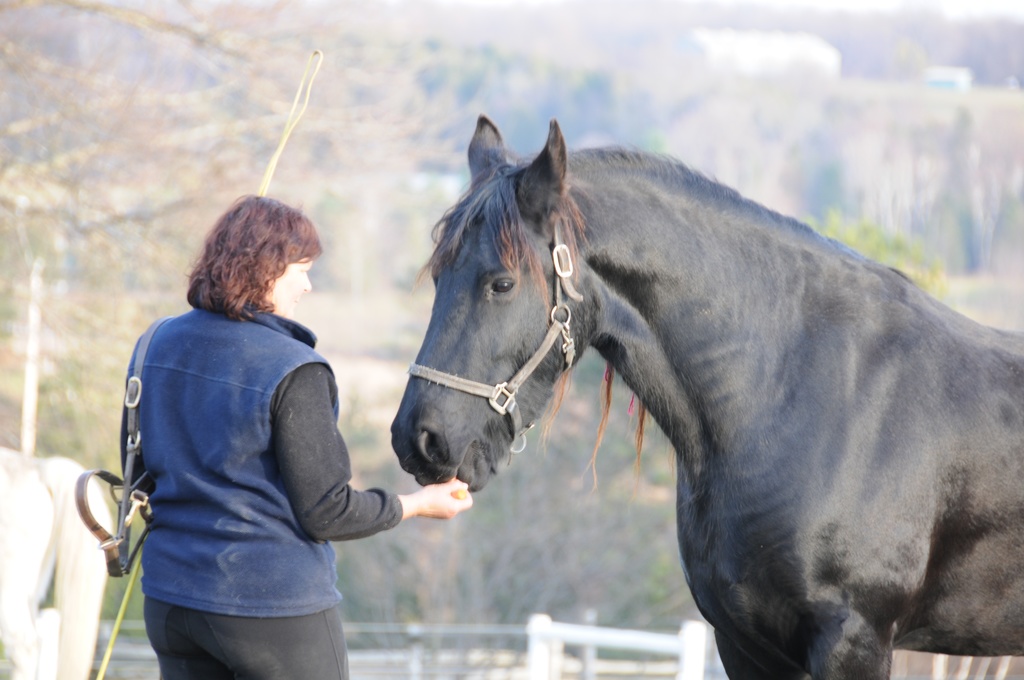 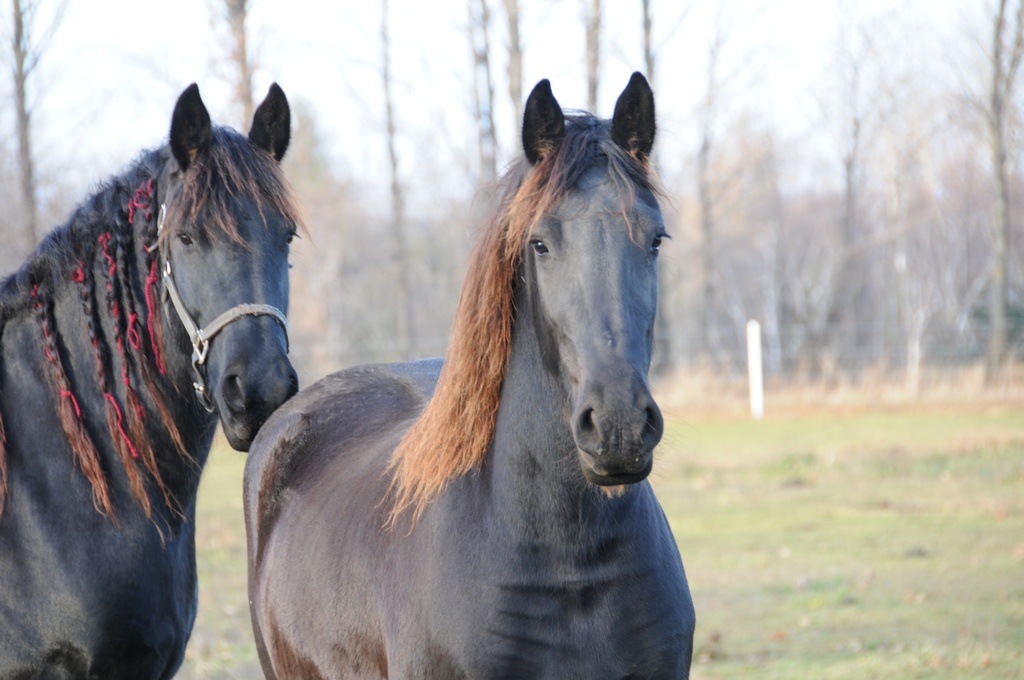 This is me (top photo). The human with her back to the camera is Lil. She thinks this is her best angle for photos.

The second photo is me with Charlee. I'm the one with the braids. Don't even go there! It's Lil's idea of keeping my mane long and beautiful. I find it a touch embarrassing, myself. I try to unbraid them as fast as I can, but she just keeps putting them back in. The farrier actually asked if I was "wrapped up for Christmas!" Ugh. But, hey, if it means my flowing, wavy locks will be that much more lovely, I guess I can put up with it. 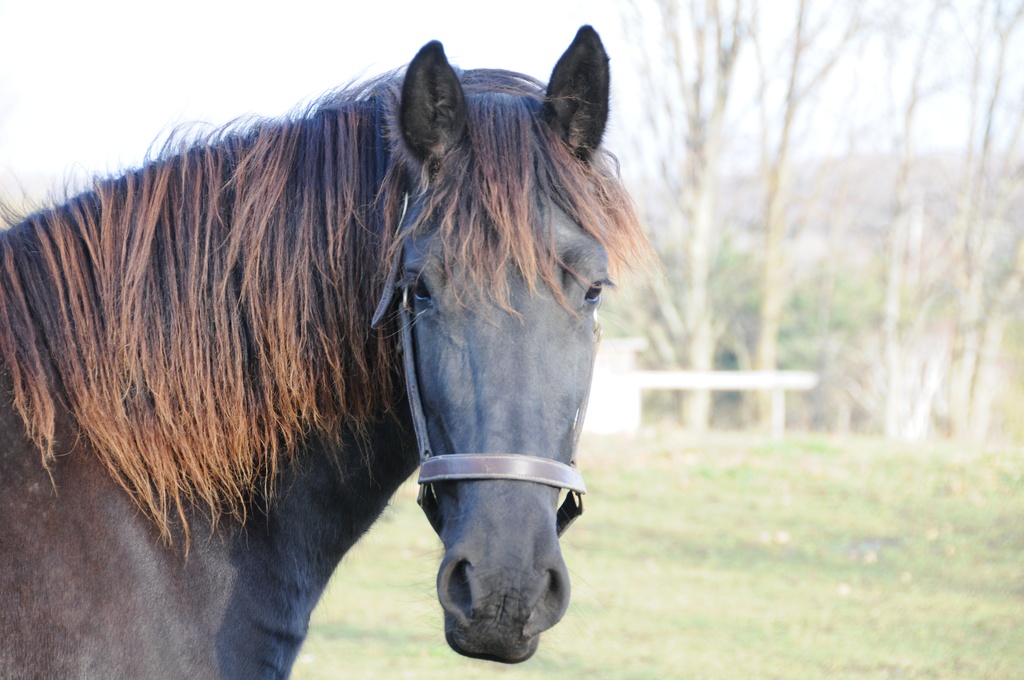 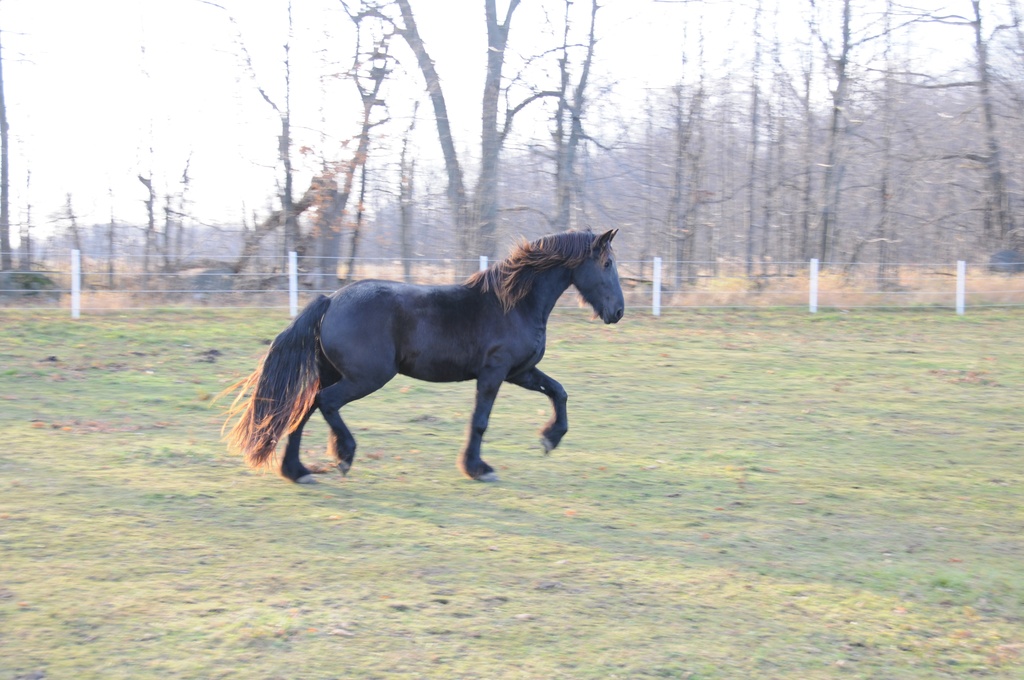 This is Charlee (both photos above). Actually, her name is Charline W, but we all call her Charlee. Do you notice a striking resemblance? I like this girl. Not only does she look almost as good as I do, but I'm pretty sure I'll be able to mould her in my own image personality-wise, too. Already Lil's sons have started referring to her as "the female Henk." OK with me. 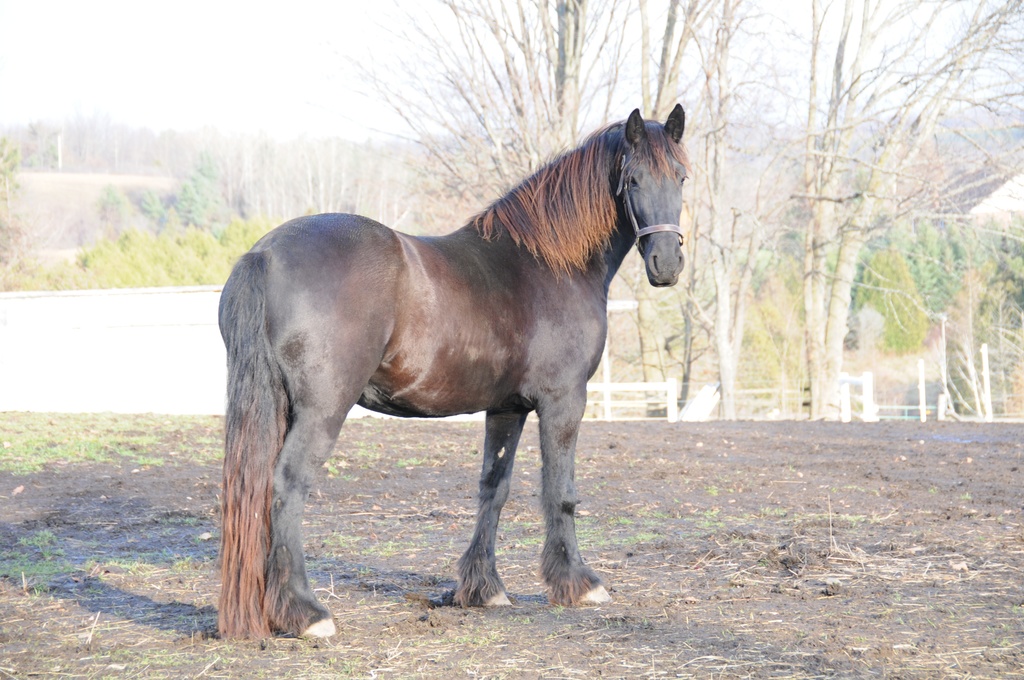 She came to live with us last fall, when she was two. Lil says the only reason they were able to afford her is that Charlee had a really bad paddock accident that summer and has a very ugly knee to show for it. She'll never be rideable, but she will be able to have babies, the first of which she's expecting in May. That will be fun, I think. We haven't had a baby around since Lil bought "the slaughter-house-three" eight years ago (that's a whole other story that I'll tell you sometime). The foal's sire is Sipke 450. I haven't met the dude myself (he lives in the USA), but Lil thinks he's pretty awesome. Charlee's pretty awesome herself. Her pedigree is full of Stars and Models and Preferents (if you're not familiar with Friesian terminology, just think of these as having won the genetic lottery - a bit like Angelina Jolie or Brad Pitt), and her half-brother is the first approved breeding stallion bred in Canada - Michiel 442. He's now been sold to a breeder in Holland, which is a bit like selling a Canadian red wine to a connoisseur in Bordeaux: a really bit deal.

We'll of course share pictures of the babe when it comes. In the meantime, feast your eyes on me. And Charlee, too, I guess.