We’ve been left to choose between a pit viper(Hillary) and a jester(Trump) to be our next leader. One has fake hair and one has a fake smile. One is hot-headed and one is cold and manipulative. Both suck and either way we’re screwed over double-time. Is there any hope at all for America or have we really gone to pot? I have the answer you’ve all been looking for. Don’t vote for Clinton or Trump. Vote for Rufie aka “The People Hater”. 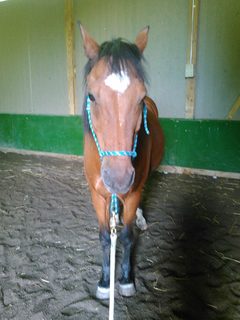 Meet Rufie, a 20+ year old, bay POA/QH gelding. His ears curve inwards at the tips, giving him devilish appearance similar to the one Hillary possesses. Rufie supports anyone and anything that gives him carrots, apples and peppermints and bites and kicks anyone and anything that doesn’t. Rufie doesn’t want to build a wall to keep the Mexicans out, no, instead he wants to build a wall to keep everyone out. His life mottos are “Give me carrots or give me grass” and “Keep It Simple Stupid”, great words of wisdom. Rufie has a horrible attitude on life and is not afraid to tell you where to go and how to get there. What does he feel about Isis? Do they give him carrots? No? Blow them all up, don’t need any carrot lacking, America hatin’, gun toting lunatics hanging around. Some say that Rufie has stolen treats and can’t be trusted, but in the words of all Hillary supporters, Can you prove it? If America is ready for a female leader than why can’t we have an equine leader? Rufie is neither Democrat or Republican, he is a Rufian! Vote for Rufie for President. 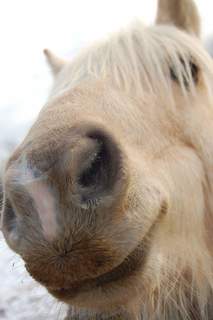 Cruiser is a fourteen year old palomino gelding. His sire is a handsome Halflinger and his dam is unknown. Cruiser has received many nicknames but prefers the favorite, “Sexy Beast”. Cruiser’s biggest achievement is growing out his hair. Like a typical blonde he’s full of himself and as vain as ever. But never fear, Cruiser has some positive qualities too. Cruiser supports anyone who makes him look good, and with Rufie being the ugliest horse at the stable, he’s automatically loyal to Rufie. Cruiser is a rather lazy guy and will protect Rufie with his life in order to ensure he never have to work hard to lead our country. With Cruiser’s good looks he’s bound to bring world peace and solve the world’s problems with a flick of his mane. You vote for Rufie you get Cruiser.

Why vote for Hillary or Trump when you could vote for Rufie and Cruiser?