Hello everyone, my name is Paige and I'd like to welcome you to my blog! I am currently a Senior in college and am studying English and Music Performance. I was recently certified as an equine massage therapist, and three months ago I bought my first horse, a Thoroughbred mare.

Now on to my blog. Each Monday I will be posting a blog highlighting three horse-related events that occurred during that week in history. This week's events feature the first Great Santa Fe Trail Horse Race Endurance Race, the 2006 World Equestrian Games, and the ninth running of the All-American Futurity. These events struck me as interesting, particularly the Santa Fe Endurance Ride, as I had never heard of it before. I've learned quite a bit in researching each event, and I hope that you will find them interesting as well. Be sure to stop by each Monday for a new week of horse history!

September 1, 2007: This day marked the first day of the first ever Great Santa Fe Trail Horse Race Endurance Ride. The race lasted 515 miles and was held from September 1st through the 15th. The race was developed to bring attention to the Santa Fe Trail. The Santa Fe Trail has great historical significance to it, as it was first traveled in 1541 by Francis Vasques de Coronado who is responsible for bringing the first horses to North America. The Native Americans also first saw horses on this trail. In 2007 Scott Griffin of Seattle, WA won this first Santa Fe Trail Horse Race by riding multiple horses. Karen Frederickson of Kneeland, CA (pictured below) was the first to finish the race on one horse. She rode mount Murphy for the entire course.
For more information, please visit the race’s official website, http://www.zellgraphics.com/sft/about.shtml 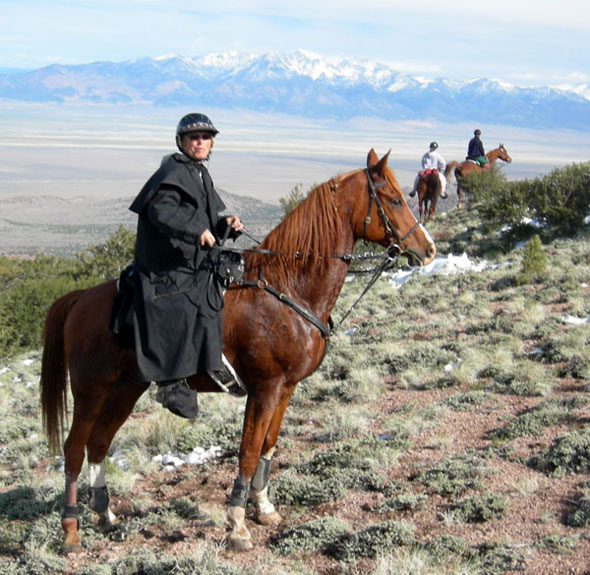 Driving, one of the many disciplines featured in the 2006 World Equestrian Games.


September 4, 1967: The ninth running of the All-American Futurity, known as the richest American Quarter Horse race, occurred on this day. The futurity is a race for two year-olds, and is the last leg of the AQHA Triple Crown. The purse offered by the Futurity in 1967 was $486,593, and the winner, a fifteen hand mare named Laico Bird, took home $225,000.
Interesting Fact: The AQHA Triple Crown has only been won once – it was claimed by Special Effort in 1981. 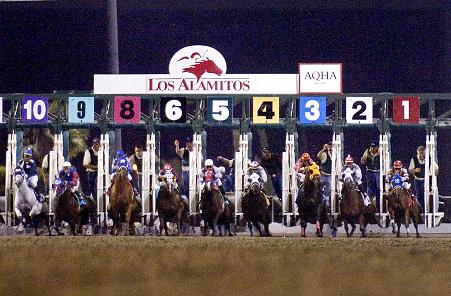 Comment by Paige Cerulli on September 6, 2009 at 8:52pm
Thanks Carol! Glad to know you enjoyed it!

Comment by Carol Pullum on September 4, 2009 at 12:26am
I really enjoyed your blog. Looking forward to the next one.

Comment by Paige Cerulli on September 1, 2009 at 5:16pm
Hi Over Fences, thanks for your comment! The ride starts in Wagon Mound, New Mexico. It ends ten days later in Council Grove, Kansas. The exact trail is marked here: http://www.zellgraphics.com/sft/trail.shtml

Comment by Over Fences on September 1, 2009 at 12:18pm
Great work, thouroughly enjoyable!

Where does the Great Santa Fe Race begin and end? I went to the zellgraphics site but did'nt find