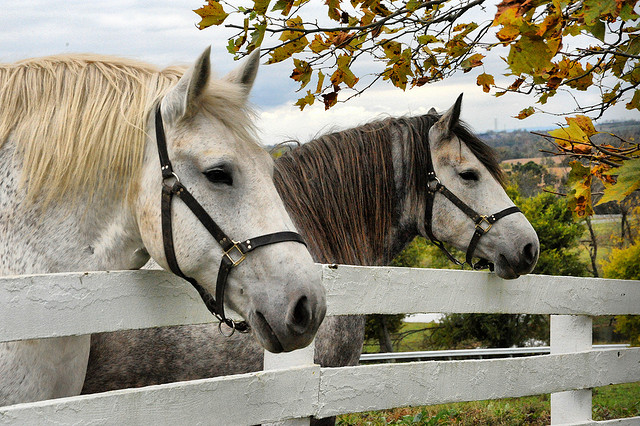 Have you ever been lucky enough to meet a Percheron? Standing next to these gentle giants is inspiring and moving. The Percheron is an incredible breed that originated centuries ago.

While the Percheron originated in France, its exact ancient ancestry is unknown. There are a number of theories as to the breed’s origin, including that Muslim invaders may have brought Arabians to the area in the 700s, and that the Percheron is actually a branch off of the Boulonnais breed.

The first known ancestors of the Percheron were smaller horses, averaging between 15 and 16 hands high. These horses were largely grey and were popular in the Perche region during the 1600s. The horses originally served as mounts for knights, then became stage coach horses. With the increased demands for a strong horse that could pull significant stagecoach weight, the breeding of these horses shifted to produce a heavier animal.

The breed’s history was significantly changed by the birth of its founding stallion, Jean le Blanc, in 1823. At the same time, trains began to replace stage coaches, and the demand for the horses shifted to agriculture and hauling heavy loads. Again, the breeding focus shifted to fit the demand, and Jean le Blanc played an integral role in this shift. The breed was developed into a heavier, stockier breed in keeping with the Percheron that we know today.

The average height and weight of the Percheron varies between countries, due to different preferences and standards. In the United States, Percherons stand between 16.2 and 17.3 hands high, and weigh about 1,900 pounds. French Percherons, on the other hand, stand between 15.1 to 18.1 hands high and weigh between 1,100 and 2,600 pounds.

Percherons are typically grey or black, though bay, roan, and chestnuts do occur. Percherons feature a deep and wide chest, and well-muscled legs. The horses have excellent temperaments and a natural willingness to work, and they are incredibly powerful.

The Percheron is highly versatile, being used for draft work, parades, sleigh rides, and carriage work. It is often crossbred to improve the temperament and quality of lighter horse breeds, and crossbred Percherons can compete in both hunting and dressage quite successfully. Crossbred Percherons have also served as police horses.

There is far more information available on the Percheron than we could possibly include here. Interested in learning more? The Percheron Horse Association of America's website is a great place to start.