Ottawa, ON—The Canadian Reining Committee (CRC) is pleased to announce that at the conclusion of the 2010 FEI Reining season Lisa Coulter of Princeton, BC, has earned the top spot on both the FEI Reining World Ranking and World Standing Lists. 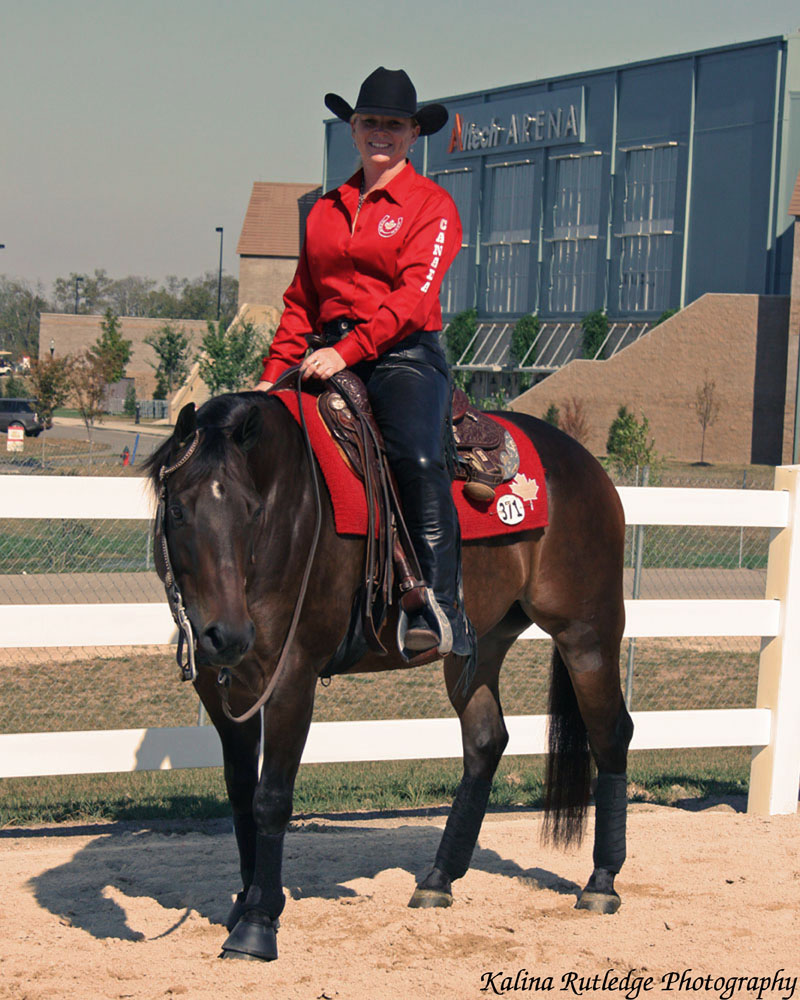 Riding Angels Mark, Bob Thompson’s eight-year-old paint gelding, Coulter topped the FEI Reining World Standings List, which is calculated based on results accumulated with only one horse, with a total of 73 points. Italy’s Nicola Brunelli, riding Spat A Blue, finished in second with 62.

Coulter also topped the FEI Reining World Ranking List with a total of 100 points. This achievement was calculated using the 73 points she earned with Angels Mark and the results she earned riding Western Whiz, an eight-year-old Quarter Horse gelding also owned by Bob Thompson.

“2010 was one of the most tumultuous years of my riding career, with major highs and major lows. I was excited to make the team to represent Canada at WEG only to have the biggest upset of my career when my horse failed the jog at WEG,” said Coulter. “I had been having a great year at CRI competitions and other events, and knew I was ready for a big run. Although I am saving that run for another time now my competitions leading up to WEG put me to the top the FEI World Rankings and Standings lists. This is very cool and a great accomplishment.”

"The Canadian Equestrian Team and all of Equine Canada are enormously proud of Lisa's achievement.  To reach the top of both the FEI Reining Standings and the FEI Reining Rankings makes her the undisputed global leader of one of the world's fastest-growing equestrian sports,” said Equine Canada CEO, Akaash Maharaj. “While we would be pleased for any Canadian to scale such heights, we are delighted that it should be someone like Lisa — an athlete of great personal as well as sporting quality."

“I am very proud to represent Canada at International events and to put Canada Number One on the FEI lists is something I am very proud of. I have a long way to go to reach goals I have set for myself; however, checking off being on top of the FEI lists will be a highlight of my career,” added Coulter, who is very excited about how reining has opened up globally.

For additional information on the CRC and its programs, including selection criteria, please visit the Equine Canada website at www.equinecanada.ca or e-mail reining@equinecanada.ca.

About the Canadian Reining Committee