William Micklem on the Three S's: Keep it Safe, Simple and Sunny

When I met William Micklem in February of 1989, I must confess that I had no idea of who he was. Forgive me, but I was only 18 years old, and the Internet hadn’t been invented yet! At the time, the only horsey news I received was the monthly Corinthian Horse Sport…
Continue

What it Takes to Succeed in Sport and Life

People looking in from the outside of someone's life - someone in the middle of pulling off miracles of athleticism or resilience - often wonder how on earth they do it. From the outside, it can look impossible to the rest of us, like some sort of Magic! That's because we…
Continue

Resilience, Change and the Sport of Three-Day Eventing

Still at a Standstill

Still at a Standstill

Sometimes it seems like nothing ever changes much. Since January 2020 when I got Covid-19 the pandemic has really messed up my riding life. I am not alone, I know, but I am getting FRUSTRATED even though the idea of progress with elderly Not Quite Right (NQR) horses is sort of ludicrous. I am equally frustrated by the reduction in effective physical therapy for my MS,…

As horses get older and all the shocks from hooves landing at speed accumulate horses' joints tend to get REALLY sensitive when the weather changes. This spring has been chock full of weather changes, days of really nice weather, then the Polar Vortex visits us and all the cold weather gear has to come out yet again, over and over again. Springtime is not always wonderful for…

They’ve just got to be extra. They can’t help themselves. It’s who they are.

Not that it’s a bad thing.

When a horse has one single whorl placed above eye level they will be an extrovert. Extroverts are very aware of all the things going on around them. They don’t miss a single thing. That can be great if you want a cutting…

Do Some Horses NEED to Toe Out?

Do Some Horses NEED to Toe Out?

MJ was so much better for my lesson than he was in my lesson last week.

Last week he had gotten his new shoes, with a new alignment, on. He no longer has a bar across his frog for protection, he now has a full pad across the bottom of his front hooves, and as directed by the veterinarian from…

The month of March was one of... winter is over... not it's not... yes, finally.... no, it's back.... now it's clear... no, still more snow...make up your mind!!
So annoying.
Eager plans to get busy training were stopped cold (yeah, pun intended) by the vagaries of weather. Kind of hard to work on a rope when confronted with freezing whiteout conditions and whipping winds. Of course, on the days I wasn't planning to train, because of my day job, the weather was warm and…

In between the rains, bitterly cold morning, MJ's shoeing problems and me occasionally getting sick I have not been riding much this past winter. I did not have anything much to write about this month other than being frustrated about not riding much.

Now spring is here, and I do have some progress to…

Those single whorl horses. They have an amazing reputation in the horse whorld. Steady, dependable, unchanging. They are the unicorn of whorls.

Yes, this is mostly deserved. It’s entirely possible that they can be those things.That single whorl shows a lack of extremes. Extremes are good to avoid with anything in life. The middle of the road, a little of everything and not too much of anything.

Most of the time a single whorl comes with a straight profile, squared off muzzle, a…

I'm excited to show off my beautiful new mare, Tessa! 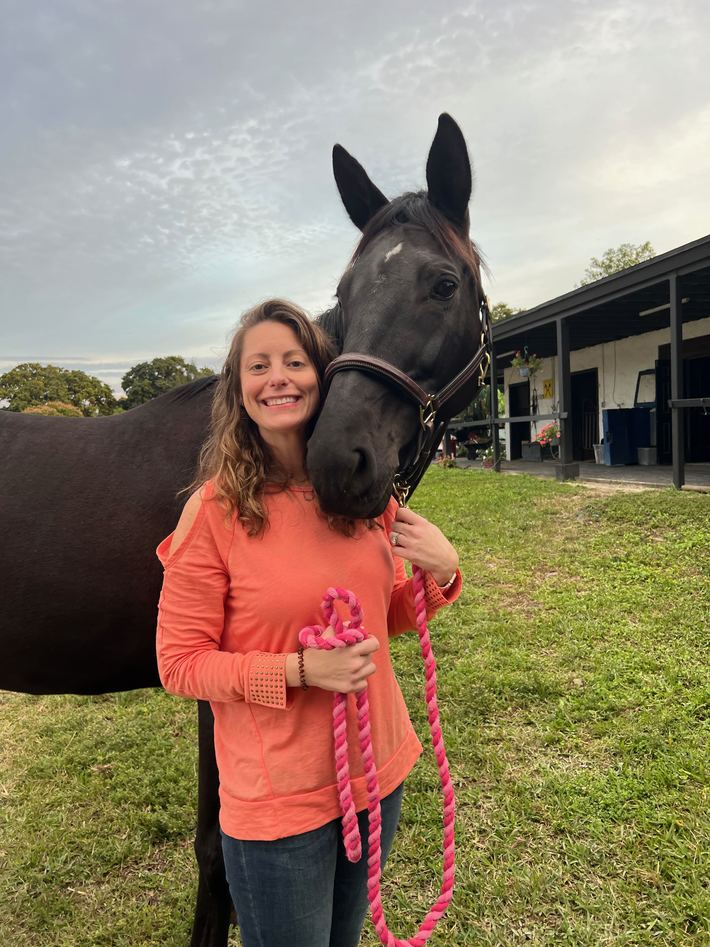 They have a bad reputation. Watch out for those double whorls. Nothing but trouble. Said to have double personalities, wildly swinging mood changes. Jekyll and Hyde temperament. Avoid them when you can.

There are a select few of us who like our double whorls.

What is a double whorl?

For this purpose it is two whorls stacked on top of each other or next to each other. There are other whorl patterns with two whorls but they aren’t usually included in this.…

Why Do We Look At Whorls? Why would looking at whorls on a horses head or body be able to give us any information about the horse?
It seems silly doesn’t…
Continue

Some whorls come with very specific ‘meanings’. The S shaped feathering is one of those.

When a horse has feathering on their forehead that twists and turns, sometimes in the shape of an S, others are just squiggly, it is said that horse will be accident prone.

While it does often hold true I think it’s important to look at what ‘accident prone’ actually means. It should be fairly obvious that the whorl doesn’t cause the horse to get hurt. Whorls are signs of what is going on…

This week was frustrating as far as riding goes. It had rained throughout Saturday night and it was too wet for me to ride in Shannon's grass ring on Sunday, so I was really looking forward to my lesson on Wednesday.

We got to the stable and Darryl told me that MJ was sort of lame, and Debbie said I could…

Since I have not been able to ride as much as I need to (riding is physical therapy for me) I have had a lot of time to read on-line and think about horse stuff.

I think we, in North America and the rest of the Western world, have come to the end of the time in which non-wealthy people can afford to support…

Last Sunday I got to ride Cider for the first time in a month. It was good to see her again!

The night before there had been a wind storm with gusts strong enough to move the livestock panels that make up the ring. Shannon and Nancy had gotten the panels fixed except for the gate panel which had been…