I had a very big day yesterday.
It was a bit of a secret, I thought about mentioning it ahead of time but there was no way to share it in process. Besides, what if I messed the whole thing up? I didn't want to tell people ahead of time and have everyone know I did awful. So I waited.
I did an interview about Understanding Horse Whorls on our local radio station!
We live in a very rural area, a farm and ranch community. Things involving horses qualify as legitimate news. I expected maybe ten minutes. A half hour later we were still talking away. People were calling in with questions.
My favorite part of the whole thing was when an older gentleman walked into the studio. Very small town here, keep that in mind. The station is a cement block building that sits in the middle of a pasture just off the highway. The receptionist had left to do other things. All the doors are wide open.
He walked into the room where we were talking. It was during a break, so the mics were off. He said he was driving truck, hauling corn from somewhere to the south up into South Dakota. He had the radio on while he was driving, listening to us talk.
So he decided to stop in!
He said he couldn't take notes and drive but wanted to remember the name of the book. Could he please get a picture of the cover?
It was so sweet it nearly made me cry. I wish I had been thinking clearly, I would have ripped the copy I gave the guy at the radio station out of his hands and given it to this guy instead. Or at least gotten his name and sent him a copy. It was such a shock my brain wasn't able to catch up until much later unfortunately.
If you would like to listen to the interview you can find it at this link: 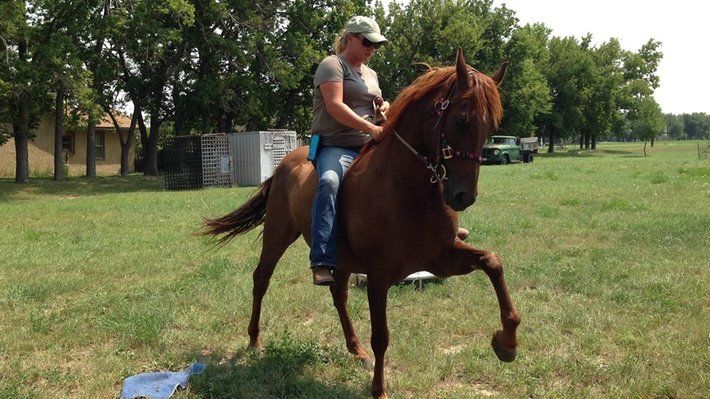