Lets take a look at Rusty. The most obvious are his swirls. Two, high, side by side. They worried my when I first saw them, I’ve had horses with side by side that I did not get along with, as opposed to my ponies stacked swirls that I love. But everything else about him looks good and they are not necessarily a bad thing “This type of double whorl seems to give the ability to hyper focus...  I like the sound of that. On closer inspection though he has three more whorls one at the base of each ear and one just below his forelock right in the center. What do they signify? I don’t know. I did find one place that says they mean “greater intelligence and a more reactive nature” That sounds interesting to me at least. so far he is sounding like a very interesting somewhat complicated horse.

He has great swirls just behind his ears that should mean that that is where he will bend best through his neck. Judging by his beautifully developed neck I’ll go with that.

So on to his profile. 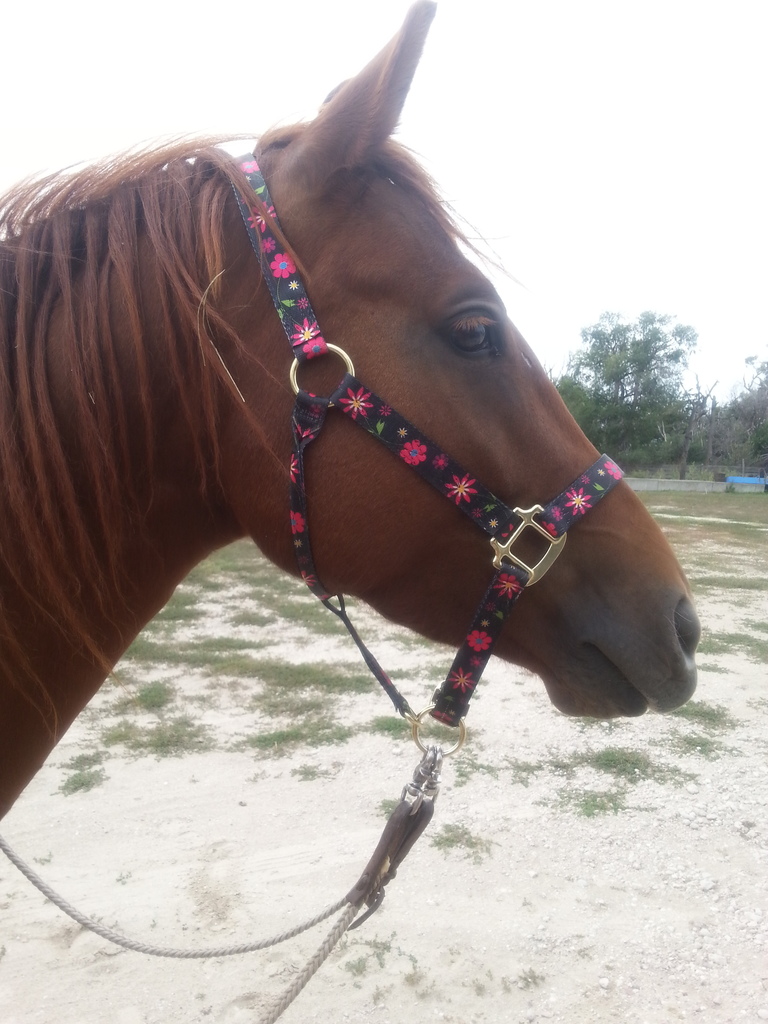 Am I the only one who sees a hint of a dish there? I think he has a very slight dish and a slight moose nose. I love this one, “uncommon intelligence and confidence”. Who wouldn’t like that. Of course smart horses are the hardest it seems. If that dish is my imagination he may simply be sensitive and bold.

His jowls, medium maybe? I wouldn’t say large. That just means average, nothing either way really.

I would call his muzzle refined and soft. So more sensitivity there.

His mouth, medium to long. So average to sensitive and intelligent. Linda Tellington-Jones is careful to point out that intelligent horses are easily bored and look for ways to amuse themselves when not kept interested and are often labeled difficult. 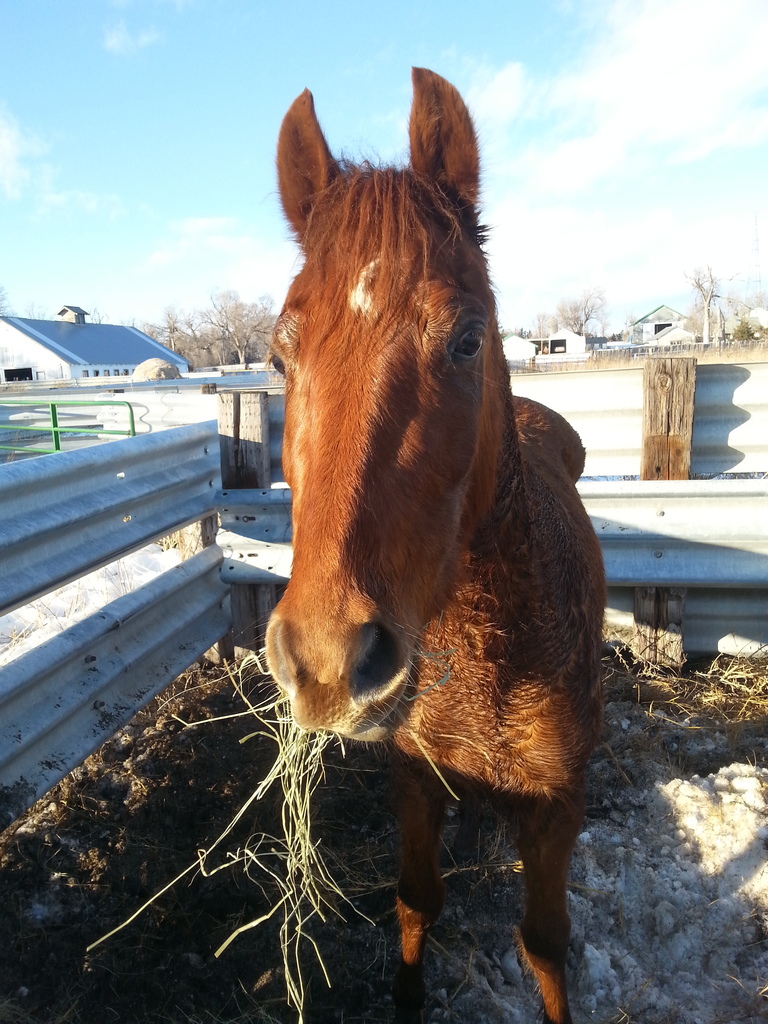 From the front, an angle that is amazingly hard to get by the way.

Eyes, here’s a hard part for me. Large eyes is such a subjective thing to look for. But pig eyes are easy enough to spot so I guess that’s one place to measure from. I’m going to go with medium sized, so again average but soft and kind. Not overly wide between, which would signify intelligence, but not narrow either, slow learner,  especially in comparison to his muzzle. So I’ll go with average.

He has such nice ears. Broad and finely shaped, steady and reliable. But maybe a little on the hot side, so lots of go not surprising in a Morgan.

All in all I would say a horse with an intelligent nature, mostly steady with enough good points to offset those two swirls. But the swirls ought to keep things interesting. Not for a beginner, but if someone likes a horse that has a mind of his own, he could be lots of fun.

Thanks Jackie, and I think you are right! I wrote this shortly after getting him and my initial impressions have held true with the exception that he is smarter than I thought. Strangely I have noticed that a few of his features, such as eyes, have gotten more pronounced. He didn't used to have "brain muscle", those beautiful bulges on either side of his forehead. Can't wiat to see what else develops!

Rusty may have more brain power than you think.  If he was my horse I'd be really careful to find a brow band that is big enough for him.  The smart ones do NOT like tight brow bands!

As he gets to know you his apparent eye size might increase.

Have fun with him!