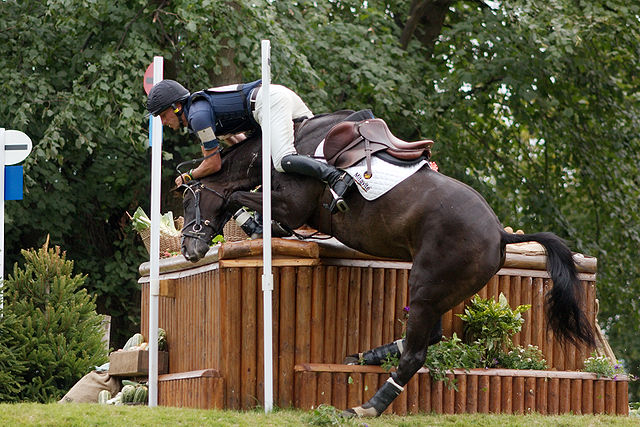 Concussions are serious injuries that are dangerous if they go unnoticed. Caused by a violent blow to the head or sudden, traumatic motion that affects the head, concussions indicate that your brain has been injured. Serious brain injuries can lead to your brain bleeding, and even death. Concussions should never be ignored.

The Rider's Risk for Concussion

Every rider is at risk for a concussion. A fall from a horse can cause a concussion regardless of whether or not the rider is wearing a helmet. Be aware of the fact that a rider does not have to lose consciousness to withstand a concussion.

Concussions can occur out of the saddle, too. A strong, sudden impact to your head can result in a concussion. Colliding with a doorjamb, your horse’s head, or your trailer door could, if done forcefully enough, cause a concussion.

It’s also important to note that once someone has had a concussion, they are at an increased risk for concussions in the future.

Headaches are frequent signs of concussions. A rider may or may not lose consciousness. If a rider has suffered a concussion, he or she might feel dizzy, nauseous, and tired. The rider may have difficulty speaking or slur words. Vomiting sometimes occurs. Some concussion sufferers find that they feel confused, and that thinking is difficult; they may be slow to speak or respond to situations, and may appear unsteady on their feet.

Longer-lasting effects of concussions can include sound and light sensitivity, migraine headaches, loss of memory, difficulty sleeping, and even personality changes.

While some symptoms of a concussion may be apparent immediately after the injury, sometimes symptoms do not display themselves until hours or days afterwards. If you suspect that a rider may have sustained a concussion, then the rider should go to the ER or be seen by a doctor immediately. Remember, severe concussions can lead to bleeding in the brain, which can be fatal.

A doctor will evaluate the rider and make recommendations for recovery, which typically include limited activity, avoidance of loud noises and bright lights, and follow-up evaluations to monitor the rider’s progress. A rider may be told to stay out of the saddle until they are recovered. Speech therapy can also help improve memory issues that the rider may be having.

Because the onset of symptoms is sometimes delayed, concussions can go unnoticed. If you or another rider suffers a fall or other significant impact to your head, be on the watch for symptoms that could indicate a concussion.

Thank you Marlene for sharing your story and your journey back to riding.  Glad to hear that you're "back in the saddle again".

I got a type of injury on a fall last year, not exactly a concussion. I had none of the usual symptoms such as nausea, visual or balance problems, language was normal. No one including me realized I had a problem. I had been wearing my helmet. My only symptom was an extremely short (like one or two minutes) memory, and I could not recall how I fell or what lead up to it. The patchy memory lasted a few hours, and I did feel a bit "whacked' the next day, but mainly seemed to have a case of whiplash. Recovery physically was easy, getting my nerve to ride again took a lot longer. I have been thrown enough times and got right back on, but because I could not recall what happened I was afraid I could not prevent it again. I did eventually iron all that out and I am back in the saddle again, a little more cautious now.