Riding the Inside of Your Horse 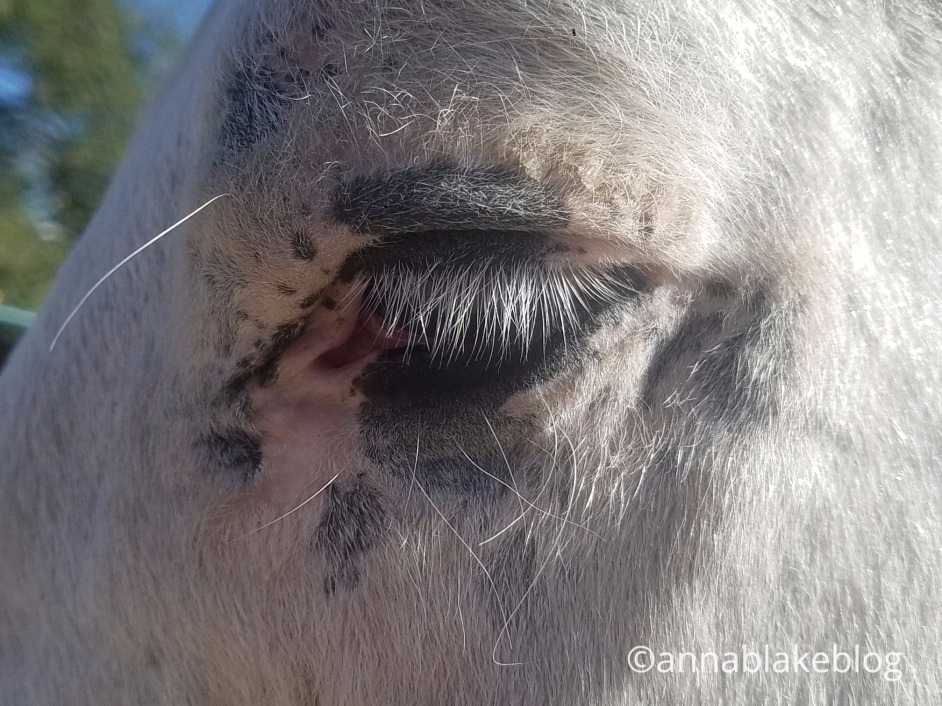 When I was just a dressage-princess-wannabe, before I became a full-blown Dressage Queen, I thought dressage riders all wore a kind of glazed-over look on their faces. Sure, some had furrowed brows and some looked distantly amused, but for the most part, they looked dull. They’re stuck in the arena, after all.

Other riding disciplines seemed more exciting. Eventers and jumpers cranked their heads toward the next jump. Western disciplines moved like they were looking for livestock. Endurance riders checked their watches and heart rates, on the move to the next stop. Jockeys perch like birds and looked under their arms, behind themselves, trying to stay ahead.

But dressage riders look like over-dressed Buddhas. No jumps, no cows. Dressage arenas have letters around the edge but it isn’t like they spell anything. At the upper levels, there are some pretty fancy tricks, but the majority of horses and riders never get that far. What’s the big deal?

You could name-call dressage riders the librarians of the horse world. We all look alike in our helmets. We wear dowdy, neutral clothes. We try to not intentionally scream and flap in the saddle. But librarians? Is it an insult?

Have you known any librarians? It’s a bad stereotype; like most things, the view from the inside is different. Book lovers know that the entire universe is at their finger tips. They are thinkers who value learning the hows and whys of a thing, as well as loving the telling of a good story, for the emotional terrain it covers. When I was younger, I took a crash-and-burn approach to life. I just didn’t know any better. Books led the way to awareness and choice. In other words, freedom.

By the time I found dressage, I’d already competed horses a few years. I had a gelding that people called “push-button”. It was how they excused our hard work. Dressage seemed foreboding; an institution of history and intelligence. I certainly wasn’t smart enough to belong there. But I pushed inside anyway. There was something about the way their horses danced. They had what I wanted, even if I didn’t have the words for it. In other words, a library.

Dressage might be the most misunderstood, but strangely alluring, riding discipline of all. But when I ask my riding clients what their goals are, the answer is always the same. They say they want a better relationship with their horse. Well, don’t let the shadbelly fool you. If your horse is relaxed and dancing under saddle, it’s all about the relationship.

Now back to those glazed eyes; dressage is an internal art. It isn’t intellectually elite, but it does involve mental focus. Because we don’t ride the outside of our horses; we ride the inside of them. How is that even possible? We learn to ride from within ourselves. Am I making it worse?

Think about it; if the rider is sitting still in the saddle, not kicking or pulling or even moving, and the horse is gliding through the gaits with balance and ease, how else can it we communicate but internally? It isn’t like a horse can respond to the words single tempi changes like a dog does to the word sit. And the very best part of how we ride looks as dull as a stack of books. From the start, we teach our horses to walk on a long rein, relaxed and forward. We have a cue for calm.

We rely on being physically aware of their bodies and communicating in small, nearly invisible ways. To ride inside of a horse is to feel more. It isn’t just intellectual and physical; it’s connecting with our senses, spine to spine with a horse, and experiencing being there–listening. We gain that awareness of them by quieting ourselves. Library talk, not a barroom brawl.

We use saddles that can feel more of what a horse has to say, we ride on light contact, using our reins to hear our horses more clearly. We ride in an arena that expands to the size of our knowledge, imagination, and creativity. We know that horses are sentient beings with feelings and opinions. We choose to meet them as equals, and have a dialog, calmly building trust and understanding. It’s a slow process to a relaxed hand-gallop, as free as the wind.

Sure, there are monsters intimidating horses and calling it dressage. All riding disciplines have pretenders. They take the short cut; watching violent video clips that say domination is the answer. They go to war against their horses, with ignorant fear that celebrates destruction and feeds our most base instincts. In other words, they aren’t your usual library patron.

Dressage riders are works in progress. We believe that we will be learning forever. It’s like a lifetime library card; as long as we are breathing, we’ll be striving to know more, communicate better, and most of all, be worthy of our horse’s intellect and greater trust.

It might be science fiction; a line of understanding humans could cross, to find that horses and other animals were ahead of us all along. That they’ve been nurturing us, instead of the other way around. It would be a place beyond our egos. In other words, a place of imagination–a library.

The next time you look at an empty arena, see it the way we do. It is a sacred space as infinite as a horse’s heart, with all the stories ever told about honor and courage. There are obstacles everywhere, but just like life, they’re invisible. And in a place that looks like a flat desert, there are mountains to climb. It might look like a boring textbook to the outside world, but it’s the science of movement and the inspiration for a masterpiece. It’s a library of secrets and possibility. Maybe it takes some maturity to appreciate, but that doesn’t mean we shouldn’t go there as kids.

They say it’s the foundation of all riding disciplines. The word dressage literally means training. I think it’s a magnet for true riders. In its best sense, dressage is training from the inside out–of the rider mostly.

And I wonder how many closet dressage queens are out there.