November 24, 2007- Margaret Lindsley Warden died in Nashville, Tennessee. Warden won the first Horseperson of the Year award begun by the Tennessee Horse Council in 1990. She wrote a column titled "Horse Sense" for the Nashville Tennessean for fifty five years. In 1953, Warden founded the Middle Tennessee Pony Club. She was also a member of the U. S. Equestrian Team’s board of directors. Warden was one hundred and three when she died. November 25, 1909 Famed pacer Dan Patch made his last racing appearance in New Orleans. Dan Patch was such a phenomenal pacer that after 1902 other stables were hesitant to race their horses against him. Foaled in 1896, Dan Patch paced the fastest mile of his career on September 8, 1906, completing the distance in one minute and fifty-five seconds. Dan Patch died on July 11th, 1916 when he was twenty years old. His owner, M. W. Savage, battling an illness at the time, died thirty two hours later. 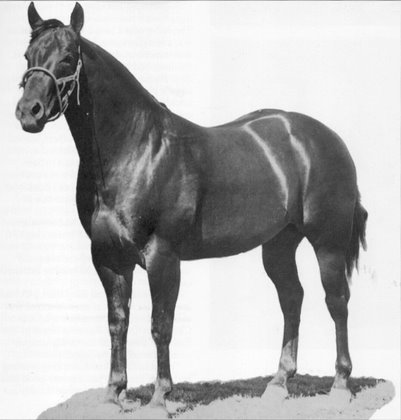