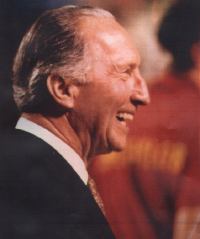 Toda Today is the last day of the Cheltenham Festival…four days of the finest racing over jumps in the world in the heart of Gloucestershire, England. It generates more column inches than the biggest Flat racing festivals, and with almost £3.5m in prize money and a value to the local economy of over £50 million, from the almost 300,000 spectators and workers, it is the diamond in a thriving National Hunt industry. Not to mention the almost £600m that will be staked nationally on the outcome of these 26 races.

WHO GETS TOP BILLING?

What is interesting to me is the proportion of publicity given to horses and humans. The horses are the real stars who get the top billing and the top horses are household names, while the jockeys come next and then the trainers, followed some way behind by the owners! The fact that the horses are the real stars pleases me greatly and is surely a lesson for any horse sport. The horses need
to be centre stage if a horse sport is to attract a massive audience. The star quality of Totillas is hugely important for Dressage as a whole, just as Theodore O’Connor was for Horse Trials and Shutterfly is for world show jumping.

This is why it is so important for horses to be given normal names that the public can relate to, rather than a jumble of meaningless letters, numbers, prefixes and sponsor’s names. The more a horse becomes just a number and trade name the more we are treating our horses as machines and in the process we shoot ourselves in the foot and diminish equestrian sports. Spectators like to have favourite horses and an emotional attachment but need to connect with a name from the beginning if this is to happen.

It is easy to see why the general public love the jockeys. They are wonderful role models. Despite being involved in an elite sport, with huge pressures and being hugely competitive in a race, they are a tight knit supportive group of men and women. (Yes women….in the first race this year Irish women rode the first two horses home and there are more female riders working in the industry every year.) Collectively they celebrate each other’s success and individually they show both great humbleness in winning and huge courage in defeat. Compared to so many petulant, ill disciplined and selfish modern sportsmen and women from many sports they are exemplary. We admire tennis player Roger Federer for the man that he is as well as his tennis, but sadly we also admire him because his good sportsmanship is unusual. However in the racing game in Ireland and the UK we have many heroes and great role models.

I believe that the best riders and trainers in the sport horse world also have fine human qualities. They are respectful of both horses and those they work with, they are good team players, they are generous and persistent, and they have a sense of perspective about both winning and losing and the priorities of life. Some may say this is nothing but a romantic notion but put it to the test. Didn’t that legendary triumvirate of Bert de Nemethy, Jack Le Goff and Herbert Rehbein fit this bill, and I bet your own best trainers and riders do the same. And here’s the exciting thought….I believe an association with horses encourages these qualities and it is one of the major advantages of all equestrian sports. Something that should be valued and promoted by all associations on a daily basis.

Now I know at this stage many of you will be thinking that jockeys are not such paragons of virtue….whips, tired horses and maximum speed come to mind. However it is certainly true that in the sport horse world we rarely take our horses to their physical limits, in terms of speed or energy, or mental limits in terms of stress. The fact that this is commonplace in racing but rare in most other equestrian sports gives us a considerable marketing advantage. We can therefore be more vocal about what a good life the vast majority of horses are given and how they enjoy their work. And despite common perceptions we also need to be more vocal about how they enjoy jumping
and galloping.

Last year scientists from the University of Rennes in France studied 76 horses at Saumur to measure their levels of stress doing different activities. Their findings were that stress levels were higher in dressage than in jumping. As I watch my old ponies change from rather bored participants on the flat to ‘let me at it’ jumping partners, who even do little bucks, squeaks and whinnys after a fence, I know this to be true. Most horses love jumping, if they are working within their physical ability in a familiar task, and if it is in company and at a fairly high speed so much the better. Witness the behaviour of horses at the start of a cross country and you see horses keen to get started and keen to go faster than their riders want. It is without doubt a win win situation and a great way to give delight and ‘forwardness’ to the most jaded of horses or riders!

In all except one of the big races at Cheltenham this year the favourite has been beaten. It is a racing certainty that there are no certainties in racing. Similarly people are quick to judge some people as favourites to do well in horse sports or in life as a whole, and are quick to consign the remainder to a second division or failure. But never forget that Goliath was hot favourite to beat David and the world is full to busting with examples of people proving the judges and experts totally wrong! So onwards with courage and great hope because we all have the sparks of possibility. This is why I find Cheltenham such a great inspiration. With a little good coaching we all can show a surprising turn of mental speed as we use the
fresh legs of our horses to enjoy some extraordinary moments on horseback. William

NEXT TIME - NAMING AND SHAMING....PS Apologies for not putting up the expected blog, 'Bert, Jack and Herbert', this week......the best laid plans etc!

Comment by Jackie Cochran on March 19, 2010 at 2:17pm
Very good point about the horse's names. I would prefer to cheer for Mighty Flyer than for Tidy Bowl 46 any day!