Wendy Mollat, DVM, Dipl. ACVIM, has been the lead veterinarian treating one of the early patients in the 2011 EHV-1 outbreak.  The horse was taken to  Pilchuck Veterinary Hospital where Dr. Mollat specializes in biosecurity (controlling the spread of infectious disease), neurological diseases, neonatology, Equine Gastric Ulcer Syndrome, and camelid (alpaca and llama) medicine.

I have a personal interest in the EHV-1 outbreak:  my horse, Alejandro, is normally stabled next door to Dr. Mollat's patient when they are at home at a large boarding facility in Central Washington.  The neighboring horse is one of the horses exposed at the Utah cutting where the outbreak started.

Following the directives for exposed horses, we have been monitoring Alej's temperature and keeping him in his stall and paddock since his neighbor showed signs of illness and was taken to the isolation ward at Pilchuck.

I was fortunate to have the opportunity to interview Dr. Mollat who was most willing to take time out from her busy schedule to answer some questions for me.  She feels, as do I, that the more information we have (and the less we rely on rumor) the better off we and our horses will be. 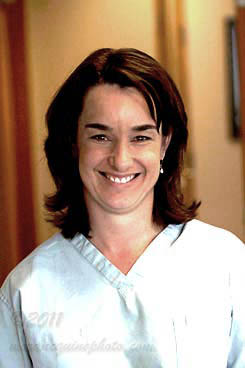 Q:  How is the horse in isolation?

A:  He's stable, I think he'll end up doing ok, he has a recovery road to go, but he's stable

Q: With a secondarily exposed horse - Can virus be spread through saliva  for example, in a water trough?

A.  The virus is shed through nasal secretions, so water troughs would be a bit of a risk because they've got their head down.

Q.  After a week of normal temperatures and no other signs, would  the secondary horse be at the end of his exposure period?

A.  What we know from looking at past outbreaks, you can have cases develop as far out as three weeks.  What probably happens in between, is we have sub-clinical shedders, horses that start shedding, but don't run fevers and don't look abnormal.  So, basically, with each subsequent week that passes, you can take a deeper breath. One week out, things are good - that I think is the most critical period.

The best thing is, the affected horse was pulled off the premises and that in itself, stopped the disease spread.  Because the sick ones shed more,  getting them off the property or into a quarantine situation makes a big difference in limiting the spread.

I think the State Vet has set up a 28 day watch period, if we're not testing.   And honestly it doesn't make sense to test horses at all if they are not exhibiting symptoms.  If they're not sick, [it] just opens a whole can of worms and we don't know how to interpret it.

Q.  Now this is a difficult question, because most all horses have been exposed to this virus before they are two years old ...

Q.  Do they shed the virus normally in their lifetimes?  Is it sort of like shingles virus in humans where the virus hides out?

A.  Like Shingles or herpes virus in humans.   It's the same concept as a cold sore in a human.  That virus, once you get it, you have it.  Herpes viruses in humans are not as widespread, but in horses we do think it is fairly widespread world-wide.  So, they get it, it goes into a latent or dormant form, and hangs out.  They get stressed or go to a show and start shedding.

Q.  So any of these horses can start shedding at any time?

A.  Yes, but if you look at any of the outbreaks we've had, it does tend to be stress situations.  It is more than going to a weekend local show.  It is typically horses that have been campaigning and they've been on the road, hauling from here to Utah and spend a week, and work hard.  These are the horses that begin shedding and where we see the outbreaks have all been associated with big horse shows.

Q.  The neurologic form [of the ehv-1 virus] is a mutation, because it has shown up in Europe and other areas, is this a mutation in the individual where it has happened over and over again?

A.  I don't believe we understand why it happened.  We identified the new strain after the first outbreak in 2003.  When they went back and looked at that virus and said 'what's different' because Equine Herpes never used to be like this, they found a very subtle genetic change.  We don't know where it started, but it seems to have spread throughout the population not a lot differently than the regular prior strain.

There are studies where they've looked at horses that were clinically normal, or had another illness that caused them to be euthanized, and they have found the dormant neurotropic form in the nerve terminals and the horse didn't have any evidence [of the disease].   So we know that it is probably fairly widespread; it's just more virulent or aggressive.

Q.  So maybe the mutated form is perhaps as common as the earlier one?

A.  And maybe 'perhaps' is a smart way to say it because we just don't have enough epidemiology yet to tell us and there are lots of smart people working on that.

There was a report  from 2008 (www.aphis.usda.gov)  examining how previous big outbreaks have been handled, and the role of the state's veterinarians.  How does this work - was the first attending veterinarian supposed to report the case?   [Referring to the case at Pilchuck]  Who was responsible to report to the State Veterinarian's office?

A.  Perhaps technically, but since he saw the horse for the first time on Friday and transferred it to our care,  we talked to the state vet that night, and said, ' [this horse]  looks like he's going to be positive.'   It had to be reported, and if the horse had stayed there [at the local stable], it would have been [the local vet's] responsibility, but given that he sent it out, the assistant state vet knew where the horse had come from

Q.  Is information reported to the regional vets ( Washington Ag contacts  and Washington Ag Vet Regions ) or directly to  the state vet?

A.  I've only been dealing with the two, the State Veterinarian and the Assistant State Veterinarian.  When you have a reportable disease, be it EHV or something else, you're supposed to call the state vet directly.  We don't deal with the regional vets.

Q.  The board of directors of the barn in central Washington [where the positive horse lives] made a decision to make a voluntary quarantine on Wednesday night when the test results came back.   [Folks have been wondering] if the state vet would take some action.

A. His [State Vet's] action, and this is true in many places - Colorado has been a little bit firmer - is to recommend and they have recommended voluntary quarantine.  I would be surprised if he didn't talk to either the [local] veterinarian over there or the board.

Q.  We've been trying to figure out what to do with a horse that has possibly been exposed.  There are various schemes for quarantine with concentric circles of control where there is a place designated for such horses to exercise, but no-one has given direction what to do in this instance.

A.  I think that the smartest thing to do in these situations, when you're on a heightened awareness and you're watching to see if the next horse is going to come down with [the virus], is to minimize handling between horses.  I really honestly worry less about if the horse stabled right next to a confirmed case is out trotting in the arena.  The virus just doesn't hang around in the air.  The way it gets transmitted is on hands, direct nose to nose contact, water buckets, bits, lead ropes, things like that, that are going between nose to nose.

A.  I think it really does come down to that.   We've got that horse here in isolation, we're still wearing gloves with all the patients in the main hospital which is a step above what we typically do.  We have a segment of our population, if they are colics or have a fever, [where] we have a protocol which says you wear gloves and dip your feet, but in the current situation, everybody is wearing gloves with all the horses, because, 1) I don't know what's going to come in, entirely, and 2) I want to be able to say, 'we took that precaution' and that's the smart thing to do.  And Davis is doing the same thing in their situation.  I think [when] the next couple of weeks [pass], then, we can all take a sigh of relief.  I think that it's a good sign we're a week out and nobody's come up [positive] and that [the horse that was positive] was there for a pretty short period of time before he got sick.

Q.  So they don't start really shedding the virus until they're actually actively getting sick?

A.  Usually they have a fever spike first, and that's the virus circulating in the blood stream, and the nasal shedding typically comes afterward..  They can overlap a bit, but usually we start to see the fever first.**

Q.  Has Washington ever had an outbreak like this?

A.  I had a horse in the hospital in 2008.    It was the exact same thing, but it was much quieter!   It was in Oregon and Washington, in the hunter/jumpers.  And I had a case here in a dedicated stall with a support beam that we can use a sling on if we need to.   So That's my neuro-isolation stall and that mare [in 2008] was in the same stall, and presented exactly the same, and had been in contact with the hunter/jumpers.  That outbreak was much less wide-spread.  It's a smaller population of horses that were exposed.  But we had several horses in this area that were positive or suspected. 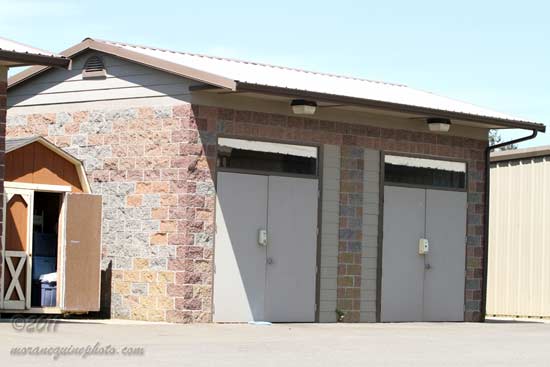 A.  No.  I think the deaths have actually slowed down with this outbreak.  I think that most of the deaths you see are really early on when we, in a sense, have our guard down.  And they don't get in and get treated.  If you're going to use anti-viral medications, you've got to do it as soon as they get a fever, to get them [the drugs] to make a difference.

Q.  So that's the Acyclovir family of drugs?

A.  Valaciclovir (Valtrax) is the one, and there's a new one coming down the pipeline that is a lot more expensive.  Acyclovir doesn't get absorbed, so Valtrax gets absorbed and Ganciclovir,  is an injectable form, it will probably become, aside from the cost, more standard for treating cases that are already neurologic, as opposed to when you catch them earlier.