Although I have broached this subject superficially in a past blog, I would like to address the last two key points in more detail, as they are important in determining the proper saddle fit especially for women – which is 85% of Schleese’s market – and makes us the only female saddle specialist in the world! 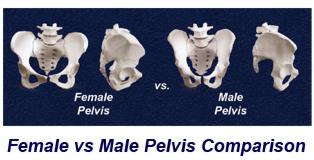 Watch this month's informative video. One of our top Certified Saddle Fitters, Kristen Vlietstra, will discuss how female anatomy impacts saddle fit. This month, she will cover the last two (of five) key points of female saddle fit! Do you struggle with any of these issues?

Schleese and associated Saddlefit4Life saddle fitters all have a comprehensive understanding of equine biomechanics and how saddles need to fit to prevent long-term back damage in the horse, but we also have a good understanding of how female anatomy impacts saddle fit. One of my top saddle fitters, Kristen Vlietstra, has been kind enough to discuss these points in this month’s saddle fit video tip. We will go into the last two of the five key points in considering a male or female saddle model.

The female pelvis has the seat bones much further apart, which means that if she is riding in a ‘male’ saddle, she will likely be sitting on the seat seaming, which is generally pretty uncomfortable. Often this seat twist and seat width are mixed up, and she will end up buying a saddle with a wide twist rather than the wide seat she needs to accommodate her pelvic shape. As a result, the knees and hips will angle out instead of being able to hang straight down (remember, the twist is that area between the thighs), and she will not sit comfortably for both reasons – the twist is too wide, and the seat is too narrow. You need to look at the distance between the seams on the seat, which should be wide enough to allow the female seat bones to sit on the padding – if this is too narrow, it feels like you’re sitting on a ridge, or that your seat bones are falling off the edge of the seat.

The last area of consideration is our patented Crotch comfort feature in the AdapTree®. The male pelvis has a relatively higher pubic symphysis (ps) – when he sits in a balanced position with his spine perpendicular to the ground on the saddle, his ps will be tipped upwards and not in contact with anything. In contrast, when the female sits on the saddle with her spine perpendicular to the ground, her ps is much lower and closer to front of saddle – to the point of contact and rubbing. This can result in recurring bladder infections even to the point of bleeding. The pelvic tilt is also affected by the saddle model and the saddle balance.

When a male rider sits on a male saddle, he can balance on his seat bones as on a bipod, whereas the female finds her balance on a male saddle in a tripod position – which means her ps will be in contact with the front of a saddle. We cut out a hole in the front of saddle tree to form a channel to allow space between the ps and saddle. This channel is filled with foam and is very forgiving to the position of the rider in balance.

Comment by Cortni Volkman on July 7, 2011 at 1:06am
I always have a problem with sitting trot, no matter how smooth or choppy the horse's gait is. The only time I think I really felt comfortable was in my trainers Amerigo Vega Monoflap. I don't know what it was about that beautiful saddle, but it worked for me! Until I can afford a $2000+ saddle though, my Wintec will just have to do.

Comment by Nora Robinson on July 7, 2011 at 12:43am
I have a quality saddle, that I never feel my seat bones in.  I always wander in my position trying to find balance, It was a priority that the saddle fit my bum high, older Arab (which was my goal), but I am so frustrated trying to ride comfortably that I hardly enjoy it anymore.  Not blaming the saddle, or the brand....but this saddle is not made to fit me.....and now I know how important that is.

Comment by Marlene Thoms on July 6, 2011 at 12:26pm
This presentation was very informative and helpful. I have recently run into some pretty serious aggravation of hip pain, mainly due to a very nice  saddle which fit my horse beautifully and  initially seemed to fit me. So unfortunately it's back to treeless for me untill I figure something out.