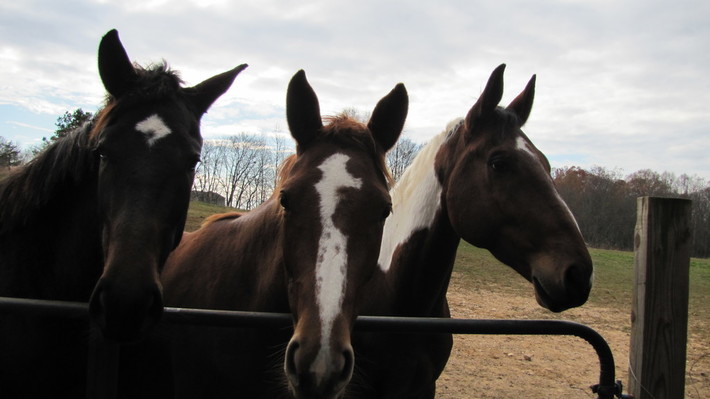 Molly Judge has not received any gifts yet

Give Molly Judge a Gift

Many Lusitanos are imported from Brazil. I was lucky that my friend had a breeding facility here in Ontario, Canada, so I did not have to go to far to get one. I really love riding him. He can be a challenge at times, but he really takes care of me in the saddle.

Thank you for your comment. My horse is a Lusitano. He is an 8 year gelding.

Yes, I stand Pavon at stud to all kinds of mares.  He produces sensible, athletic, sweet, trainable foals who have size and substance.  I'll have some pictures shortly to post here, but in the mean time I need to knock the mud off these guys.

At present we have a tri-color pinto half-Andalusian gelding, a black going gray half-

Andalusian filly, a black purebred filly and a chestnut half-Andalusian gelding.  The crosses on our farm have all been to paints, but he has also produced two other fillies: one out of a 15/16 Andy/Arabian mare and one out of a TB/Trak mare.  All of them are recognizable as his get.

We do live cover here at the farm and have the ability to ship semen as well.

Thank you for asking about Pavon.  He is such a wonderful stallion with very rare old bloodlines and my best buddy.

Any date is May is fine.

Michael Matson said…
Hi Molly!  Thank you for asking me to join your friends list. :-)