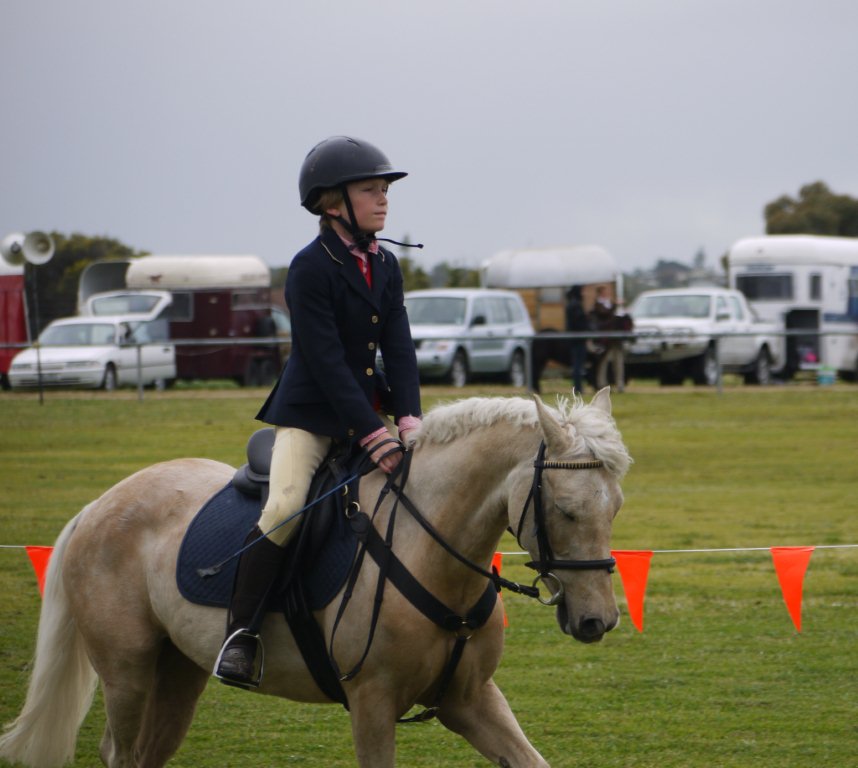 A very proud parent and coach. My son Nick has started to ride his young pony Lollie pop out at shows this spring. At the Pt Elliot Show yesterday he rode her around the showjumping like a pro ( allow me some fatherly exagerations). The pony is only just 7, his mother has been riding him out at the last couple of outings in the pony hack rings and has one qually for the Royal next year. Hoping to get another couple in the summer shows in the Hunter ring, we think she might be better suited as a Hunter not a Hack. Now that Nick is riding her confidently we are happy for him to have a go in the Hunter ring with her ( Kate will ride her in the first couple just to see how she copes with the faster canter) .

Nick has quallyed Peace, the black mare he rode this year in his rider class's, so he will be able to ride her in the Hack class's next year. I'm on the hunt for a new showjumper, Itchy's days over the jumps are over. Hard desision, but I've given him to Belinda ( one of our aggistees) for a Hack. She just loves him. I do have a client's horse to jump at the moment, and had a very good day at the Show yesterday. Oscar jumped around the 90cm nicely no stops just a couple of rails and VERY calm ( last year this horse was a nervios wreck and stopped at the third and fourth jumps).

WE took a pupil to his first show ,Shamus rode Coco pop in the showjumping ( four clear rounds) and was second in his rider class. A very happy chap! Shamus would bail off if the horse twitched an ear 6 months ago no he's showjumping. Another pupil, Caitlin, was third in the 90cm, and rode the best I've seen her ride to date. Kate won a Hack class on Deb's horse Rolf. Rolf was on the race track 8 months ago!

We have all earned a month off , it has been very busy since August . The pony's will have some time off so we can concentrate on the jumpers, there are a couple of club days before xmas then the summer seasons Ag shows start up again. ONCE MORE UNTO THE BREACH DEAR FREINDS.

Congratulations Geoffrey, Nick and all!

Good work on your training of both horse and rider Geoffrey.  I'm glad you are getting to jump at the shows.

Comment by Barnmice Admin on October 9, 2011 at 5:39pm
Great photo of a wonderful rider and a very relaxed pony! :)