Thursday, March 25
A good outing with Robin today. We were hoping to minimize our encounters with dirt bikes and ATV’s, so we went over the rocky pass of Lovejoy Butte – similar to the route we took back on March 8th – it was nice to feel how much better Belle is handling tough terrain. My saddle slipped forward on her going down the steep incline, and I am seriously thinking about putting a crouper on the saddle. It will be a bit of a challenge as my Wintec all purpose saddle doesn’t have… Continue

Finally, spring is here in Southern Ontario and we can start to ramp up our outdoor riding activities. After a long winter and not much riding you are eager to get out there and hit the trail but before you do there are a few things you need to check.…
Continue

Proven Fact: Horses Pick up Tricks and Moves by Watching!

I was reading an article the other day about some scientists that were figuring out whether horses learned through watching or not and I found it fascinating that they came up with the idea that horses do not learn by watching other horses. It’s just so silly that they don’t know that they do!

When I went to Verde Valley School, aged 14 years, I took my three year old Arab horse with me so I would have a horse to ride. I wanted to show her but there weren’t any horse… Continue

Insurance 101 with Mike King - Are you ready for Show Season?

Show season is upon us and the planning process is well underway for horse owners everywhere as they look forward to “getting out there”.

Ideally, the horse is fit and ready and the owner/rider is prepared for what will hopefully be a successful year.

This is the opportune time to review insurance coverages you have in place (or may need) to protect you, the horse, tack and equipment, trailers etc. while you are travelling about to various horse show… Continue

After some years into my marriage, I made a phone call to three other Horsewomen I knew that would change my marriage forever.

The phone call went something like this. "I want to start a prayer group to pray for my husband, otherwise I am going to file for a divorce."

To my surprise, the other three women instantly agreed saying almost the same thing about the Cowboys in their lives.

Within a week, we meet and one of the wives had… Continue

They say that only 10 percent of all colic cases will result in surgery.

I was at work last November, it was morning and it was about 10:15 when I got the phone call that all horse owners dread. “He’s colicing” the voice on the other line said. My trainer had just given the horse a work out, had a good ride and
her working student had un-tacked him in the stall. He looked like he wanted to
roll in the stall but when he wouldn’t get up right away she knew…

Tickets are still available for the Dressage Canada Inaugural Hall of Fame Gala. All proceeds from this event are going to the WEG team. It's sure to be an exciting event. Inductees included Dynasty, Cindy Ishoy's famed mount from the 1980s that put Canada on the map; Christilot Hanson-Boylen, int'l rider and trainer, who made history by being the youngest equestrian to compete at the 1964 Olympics; Hans Pracht, founder of IESS on Davis Drive in Newmarket (now RCRA); Dietrich von Hopffgarten,… Continue

Hi, with so much going on at this time of year, I thought I'd share my latest fitness tip for equestrians. The EquiTips go around the world to a few thousand readers, and subscription is free (just email me at personaltraining@equifitt.com if you want to subscribe to the fittips). You can also read lots of free articles by looking up Fitness Tip of the Month in the search bar on www.equisearch.com .…

March 30th, 2005 - Reining Quarter Horse Hollywood Dun It was euthanized because of health problems resulting from testicular cancer. Hollywood Dun It was the All Time Leading Sire in National Reining Horse history. At the end of the 2004 NRHA Futurity, his foals had earned…

The Incredible Shrinking Leg (or How To Avoid Losing Your Stirrups!)

The Incredible Shrinking Leg (or How To Avoid Losing Your Stirrups!)


I've been giving a bunch of seat and leg position riding lessons lately, and I've discovered some interesting things about the correlation of the pelvis, lower leg, and losing
your stirrups.…

After all the confusion with the new foal, Mia had gotten sore, I think she aggravated her arthritis some. It took a while to get Mia moving these past few weeks, and my legs have been getting sore a little from all the leg aids I had to use just to keep Mia moving faster than a slow crawl.

Last week when I finally got a good forward striding walk with Mia I got a big surprise when I asked her to halt, she actually leaned on my…

Adoptable Horse of the Week - Sunkissed Acres rescue and Retirement


This nice older gentlemen is available for adoption. He’s on the thin side and about 20 years old. Unknown if rideable or not. Call for more information about this dear old man or make an appointment to meet in
person!

The death of the Sun red Colt


Is there anything better than watching the colts and fillies playing their games?
Kicking their heels high in the air, jumping and bouncing being the center of their universe. I have a passion for the babies. Like so many horse lovers, years ago my husband and I bought a stallion, a few mares and breed a few babies.

I love watching them and playing with them. Just like kids, they learn so… Continue

Several of you have asked me if there's any value in counter flexing your horse while in true canter so I'd like to discuss that here.

1. Generally, you want to flex your horse in the direction of the canter lead he's on. That goes for true canter as well as counter canter. So if you're cantering on left lead, position his head so you just barely see his left eye and/or nostril. 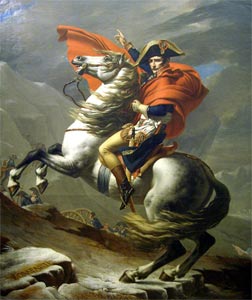 Here is a topic that everyone can relate to, the dreadful habit of cribbing. And I have an aversion to cribbing collars that a lot of people use, as I have seen horses have swollen heads from them being adjusted too tight, and also there is risk of damage to the oesophagus. It can also create pressure in the bones of the neck, creating nerve pinches and even sometimes nerve damage. Horses can also get caught up in fences in them, and break their neck. So hence I never use…

I thought I'd share this story of people coming together to help a horse and her owner. Pictures of Waumpum can bee seen on FaceBook at http://www.facebook.com/album.php?aid=212084&id=364610464988

Well – not quite in that order – today was more like Show, Shakes and Rattlers…

Gesstenia: So, my coach video taped me riding Tia on Sunday, I had been hoping to get some footage to send to Anky and Sjef's new educational center for evaluation. I rode outside in the FEI ring and Tia felt a little wild.

So watching this was REALLY helpful. The first thing I noticed about my position is that I keep my elbows too far back - I am determined to keep my elbows more in front of me - so I need to fight a few decades of muscle…

Just wanted to let you know how my day started: THERE IS A HUGE RATTLER IN THE FRONT YARD;;;;;

( PS: that was me as my heart was beating very fast, as I ran back into the… Continue