June 1st, 1946 - The Thoroughbred racehorse Assault won the Belmont Stakes, completing his sweep of the Triple Crown and making him the seventh horse in history to do so. Assault had been born on a Texas ranch known for its Quarter Horses, where he pierced his right front hoof with a…

Yes Virginia there is a Santa Claus...

Out of season, but true nonetheless! At last, success in the ring! Okay, it was a schooling show, but I had an obedient (mostly), forward (pretty much) and NON BUCKING horse. Problems are so much easier to solve when it's the one with the opposable thumbs that is the problem and not the prey animal. Now, she's still waiting for the eye-popping squeeze fest, but, she'll very kindly give me the transition to canter, albeit a bit sprawling, with no histrionics. Thank goodness for the kindness of a… Continue 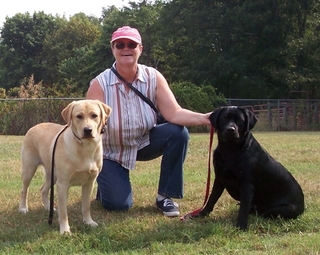 I came out of the womb with an innate love for animals - all animals. As a small child vacationing in Florida, my folks took me to a dolphin show. We went each night. The owner felt sorry for my folks and stopped charging admittance. It is…

My First Ride with the Wellep Bit

The first part of this month I read Elwyn Hartley Edwards "Complete Book of Bits and Bitting". On page 50 I read about a bit I had never seen or read about before, the Wellep bit. Mr. Edwards called it the first new method of making bits since 400 BC. I was intrigued, I am always looking for stuff that makes the horses I ride more comfortable and for bits that help make up for the limitations of my hands. Going to the web I found the site…

The rider IS the problem...

Well, I think we have found the answer to the squealing and bucking in the show ring... as it was described by my trainer... you're squeezing her eyeballs out! I hate it when I find out that it's me causing the problems. I have a very patient horse, thank goodness, who manages to forgive my foibles, as I forgive her when she's a boob occassionally. And a good trainer who is guiding us back to fill the holes in our training so we can progress. Today she said that the hardest step is getting…

Vickers Tree welcomes Karen Sussman's return this Sunday at 11 am mountain time to provide updates on the situation with the wild horses on her sanctuary. Karen is an excellent speaker and provides insightful understanding on issues with our wild… Continue

This show provides an in depth view of modern and ancient shamanism, energetic healing practices and study. Cynastry is an… Continue

City Boy goes to the Country

Last weekend, our May long weekend here in Canada, some friends and I drove 6 hours up into the interior of BC. We rented a cabin for 6 and we took 3 horses. It was a place called The Hills in 108th Mile House. The altitude is 12,000 feet, the air is clear and the trees are not as big and lush as our famous "wet coast". I loved the serenity, no people, traffic noise or cell phone towers! I took my new horse Bandit, who has spent years on the Hunter/Jumper circuit, and he has never done much…

Training Tip of the Week: There are a lot of heroes in the graveyard.

When I was studying under legendary Australian reining and cow horse trainer, Ian Francis, he used to remind me that there are a lot of heroes in the graveyard. What he meant by that was that too many people get on horses that aren't ready to be ridden…

Shift to the Rear

Tips to Switch Your Whip with Ease

Here's a step-by-step method to switch your dressage whip without disturbing the contact with your horse's mouth. I recommend practicing this technique at first…

Is the dominant horse the leader? In NH this seems to be the leading hypothesis, and a lot of training is based on the dominance attitude. The horse that moves another is the dominant; ergo the leader. Is this really the truth (the whole truth and nothing but the truth)? Well, I don't know what it was, but it appears to be gone. Jessie seems almost back to 100% as measured by how much she kicks up at feeding time. She doesn't kick up excessively but I can entice her to kick up if I make a few playful moves or if she is just feeling "perky".

The swelling in her pasterns is down. I'm still a little concerned with the crack in that hoof. I'll keep an eye on it. The farrier is do out week after next.

It's what I call a fugitive occurrence or,… Continue

My Day With A Real Dentist- Equine Dentistry Without Drama™

Today I spent a few hours with a real dentist. Wow! Actually, I was in the easy seat while my wife sat in the hot seat. My wife is the sweetest gal in the world …… until she goes to the dentist.

We had been assured that this guy was good with patients like my wife. And I must admit, he was great! While he examined her, I watched and learned.

As you know, I still live in the dark ages as far as equine dentistry goes. The new dentists drug every horse, jack the mouth open with… Continue

"My Horse has no Self-Confidence"

So far I've had Jessie for three + years and thankfully no health issues. We were scheduled to leave town for a family wedding 250 miles away last Friday. Thursday night I came home and was busy getting ready for the trip. About dusk I went out to see Jessie and noticed she seemed a bit lethargic. I went in and rubbed her and she felt warm so I took her temperature...103.4. She was eating her dinner, her stools were normal, her rear pasterns were a bit swollen but held no more heat than the… Continue

Please, "He will just not Shut Up"!

Class, How would you answer? "I have a 5 year old paint gelding that is very mellow. I took him to a show yesterday and did…

In a class won by Isabel Werth and Satchmo, Belinda Trussell/Anton placed 9th with a very respectable 69.167%. Shannon Dueck/Ayscha earned 65.208% ; Bonny Bonnello/Pikardi 64.458%. The next stop on the European Tour is CDI4* Lingen, Germany, June 4 - 6. Looking forward to bringing you the results. This CDI is the same weekend as the CDI3* Palgrave, where those riders not in Europe will be competing for their WEG qualification scores. Looks like I'll be busy posting!