Cheer up! It’s all your fault.

We’ve all been there: Schooling our horse, asking for something, but not getting the right answer. We try one thing and then another, the work is sticky so we try a bit harder. At the same time, the horse feels a bit more resistant.

“This wasn’t just plain terrible, this was fancy terrible. This was terrible with raisins in it.”  -Dorothy Parker.

AS THIS GOES TO PRESS, YOUR GYPSY BOHEMIAN DEKALBPOET is once again coerced by her former co-editor/boyfriend//writer to submit more poetry to the Troubadour BILL LEIGHLY'S web zine. I have a funny feeling that I'm the one that's going to get the whole shebang plopped in my lap but I can't stray away from this temptation. While creating a cover…

As is much of the US, we have been in a drought. It isn’t as bad as some parts of the country, but it still is pretty bad. Every cloud has its silver lining, and as trail riders, this means we don’t have many days we can’t cross the river. It has been a fine summer for riding. I don’t know when I’ve ever seen the river so consistently low.

When it does rain, we are so happy to get it, that we don’t even complain if we can’t cross the river. This happened the…

Oakley Diaries - 10: A Year on Horseback

It's been just over a year since I got my horse. (Or he got me, depending on your perspective.)
I've learned more about horses in the past 12 months than I'd learned in five years of merely riding, even working through the EC Rider levels. See, there is a lot of stuff you just cannot do with someone else's horse because, well, you can't really try stuff if she's not yours, can you? Plus I met another good teacher, who had much to teach.

Well, we went out on the trail the other…

Hope everyone had a great weekend and is enjoying their last couple weeks of the summer. Championships are approaching and the final stretch of the show season; the summer has flown by! With fall close approaching, just reminding everyone to make sure all their rain sheets and winter blankets are cleaned and repaired so they are ready for when the cold weather is here. If you haven't cleaned your horse's blankets from last year yet don't stress, just drop them off at Baker's…

Maybe Bobby DID Listen to Me!

The buzz-bomber flies are out.  Thank goodness for fly spray.  Out at Shannon’s I saw two horses out in the pasture doing two-barrel kicks just to shake these nasty flies off their backs.

It is hard to believe it is August down here, usually in August we get our biggest heat, this year it has been rather pleasant in the mornings with nice cool breezes.  This week I did not melt in the saddle!

Back to School Time.

It’s that time again- the sun’s a bit late in the morning. Geese are starting migration and horses are growing hair. School buses are out in full force.

It’s been 40 years since I got summers off to play and ride, and then lost sleep over what to… 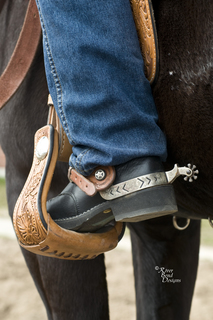 In a study by Flannery, ponies were conditioned that one of two symbols on a feed box would gain them…

HI Everyone, We are new to the Barnmice community and wanted to introduce ourselves! We just opened a store in beautiful Sharon,Ontraio just north of Toronto. This is a family business with my mum, Helen, being the owner and my Sister,Sarah and myself(Christine) who will be working in the store.  Sarah and myself both have a retail background and we are all riders so this has been a very exciting project for all of us. We just had our grand opening this past weekend so we were excited to…

I did not get to ride today, just before Shannon was going to pick me up I started to hear rumblings of thunder, and then it started raining.  I was not especially disappointed, my ride on Bobby last week totally exhausted me because I had to use so many of my muscles so often.  After I got home I wrote last week’s blog, went to sleep for three hours, and it took me a few days to recover completely.  Of course in an ideal world today would have been the day Bobby responded,…

Do you every have those moments when something down right out of the ordinary happens?

Hi I'm Bethany, and last week I think I finally became a rider.

Everyone has always told me " In your…

This week's blog is going to be based on upcoming announcements and new inventory arriving soon at Baker's. There are lots of new and exciting things to look for at Baker's so stay updated with announcements on our facebook page and by following us on twitter https://www.facebook.com/bakerssaddlery https://twitter.com/Bakerssaddlery.…

Is My Horse Suitable for Dressage? As a natural health practitioner, I have a wide variety of modalities to choose from when making recommendations for my clients, my family, and my animals.  Sometimes I select an herb or two.  Other times I may use a homeopathic remedy.  But what I turn to more than anything are therapeutic-grade essential oils.  I call them “Turbo Herbal Medicine”.…

Bobby Was Tired of Being Good

I approached today’s ride on Bobby much more optimistically than I did last week.  I wasted an optimistic mood.

We seemed to start off all right, at least until the first corner.  From there on Bobby decided to pull every evasion out of his bag of tricks.  First, he took exception to the bit, curling up under whenever he wanted to disobey my aids.  After a minute or so I went in to Shannon and she tightened his cheek pieces a hole to see if that would improve…