What Will You Get FromSolar Panel Installation?

Want to acquire the eco-friendly and elegant solutionto reduce your bills?

You may feel hesitant to take the leap and get solar panels installed, but once you do, you will immediately see the advantages such as reduced electricity bills and even receiving money from your hydro company month aftermonth.

In the coming years, possibly, nature will have to face major changes due to our dependence on fossil fuels and the pollution… 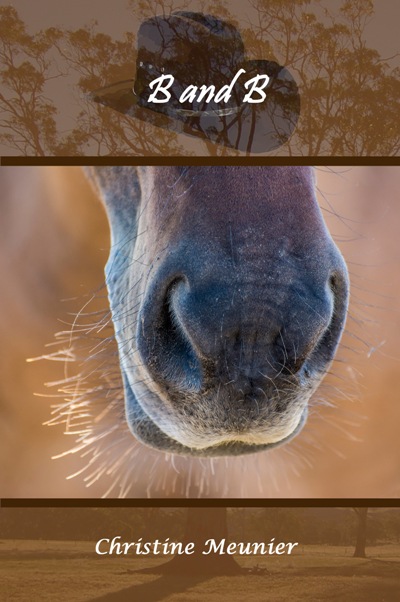 I'm excited to share about my latest release, B and B!  This novel is an equine romance set in Australia, aimed at adult readers.  Interested?  Check out the blurb:

Ben likes his life at Happy Trails.  As a trail guide on a property in Australia he doesn’t have to work hard to make…

I Get to SEE the Results of My Work with Bingo

I Get to SEE the Results of My Work with Bingo

Since Debbie had a summer camp last week, I had a week off from riding Bingo.  She used him some during the camp, and Bingo did not behave perfectly.  Nothing exciting, just Bingo suddenly deciding he had enough and making a beeline to either the gate or the center of the ring.  Since Bingo has such a thick throatlatch, there is not much a beginning child rider can do to change his path.  It could have been much worse, Bingo did…

The Fine Art of Cantankery.

I’ve had a hard time acting my age. That’s not it, exactly. It’s more like I’m straddling the Grand Canyon between my usual teen angst and dealing with the fact I’m supposed to be wearing support hose. It all started with my birthday. Two years ago.

Then recently a donkey came to the rescue that I work with.…

Oakley Diaries - 29: Not the Same Horse

That is the phrase for the week, that I have heard from three different people: "He is not the same horse." It is a complement, and a vindication of all the careful work I've been doing for the past 5 years, and particularly the last one.

One friend who has not seen Oakley in over a year came up to watch me ride & do some simple figures. She doesn't know a lot about horses,…

Bingo Responds Favorably to the Guidance...

Bingo Responds Favorably to the Guidance of my Thighs

Bingo, at 22 years of age and having a lot of bad riding in his life, has strengthened the muscles that help him ignore/disobey/and actively resist all rein aids. His upper neck is THICK, vertically and horizontally, with all the muscles he has built up to resist improper rein aids. If I am not very, very careful I can trigger a super…

Yesterday was our last day of summer camps for this year. It went really well despite being so very hot. Of course having my niece with me at the stable made the day automatically great.

My niece helped to groom the horses before going off with her group of kids to color T-shirts and play games. While they played I helped to lead horses on trail rides and in the arena during lessons. When we finished with that the…

A Trailer of One's Own

A horsewoman told me that, at sixty-three, she was the proud owner of her very first horse trailer. I let out a congratulatory yell and I’ve been smiling all day. Trailers add a layer of independence to the freedom we feel with horses.

Do you remember your first horse trailer? Mine was a navy blue two-horse straight load. It was the late ’80s and no one I knew wanted to…