Last Sunday I rode Cider, barely made it to 25 minutes, and I got even more discouraged about the present state of my body.  Cider did great, when she started twisting herself up she readily obeyed my aids and straightened out, she kept contact fine, and she started backing up from me just advancing my waist.  By the time I hit my endurance limit at 20 minutes, my back and thighs were hurting so much I got horribly depressed, and decided…

What's the True Value of Riding?

There’s a meme that travels around Facebook that states, “Most people don’t need a $35,000 horse. They need a $1,000 horse and $34,000 in lessons.” Boy howdy, the horse world is resplendent with stories of novice riders buying advanced…

#Life Hack - How to Attract More Customers to your Saddlery Store

#Life Hacks - How to Attract More Customers to your Tack Store

It’s no secret we live in the information age.

In fact we are bombarded with “information” every day in the form of e-mails, messages, pop up ads on-line courses and pod casts even blogs.

I am sure much of the information contained in…

In the past two weeks, I rode three times.  The weather down here is still going up and down, from the low 20’s F to almost 70 F, the horses are still shedding out early, and the ground never seems to totally dry out.  This winter is challenging for both horse and rider.

I have been on Gilenya for almost 4 months, and my muscles are still suffering from greater exhaustion.  Because of this, I am going backwards in my physical activity instead…

African-American Men AND Women in the World of Horses

Rules of Feeding Your Horse

The very first time you…

Some of us originally learned to ride by watching Westerns. Cowboys held both reins in one hand and jerked the horse sharply sideways to turn him, and the bit jerking the mouth open added drama. They were in an angry rush, leaning forward, and kicking really hard with spurs sharp enough to puncture a kidney. Then…

Valentine’s Day and a Goat Tail. I Mean Tale.

Is it too soon to say the word? Sure, there’s more snow coming. You’d be nuts to pack away the tank heaters and long johns. Still, there’s a change in the light and the calendar agrees. The coldest part of winter is past…

Florida: A Challenge for Farriers 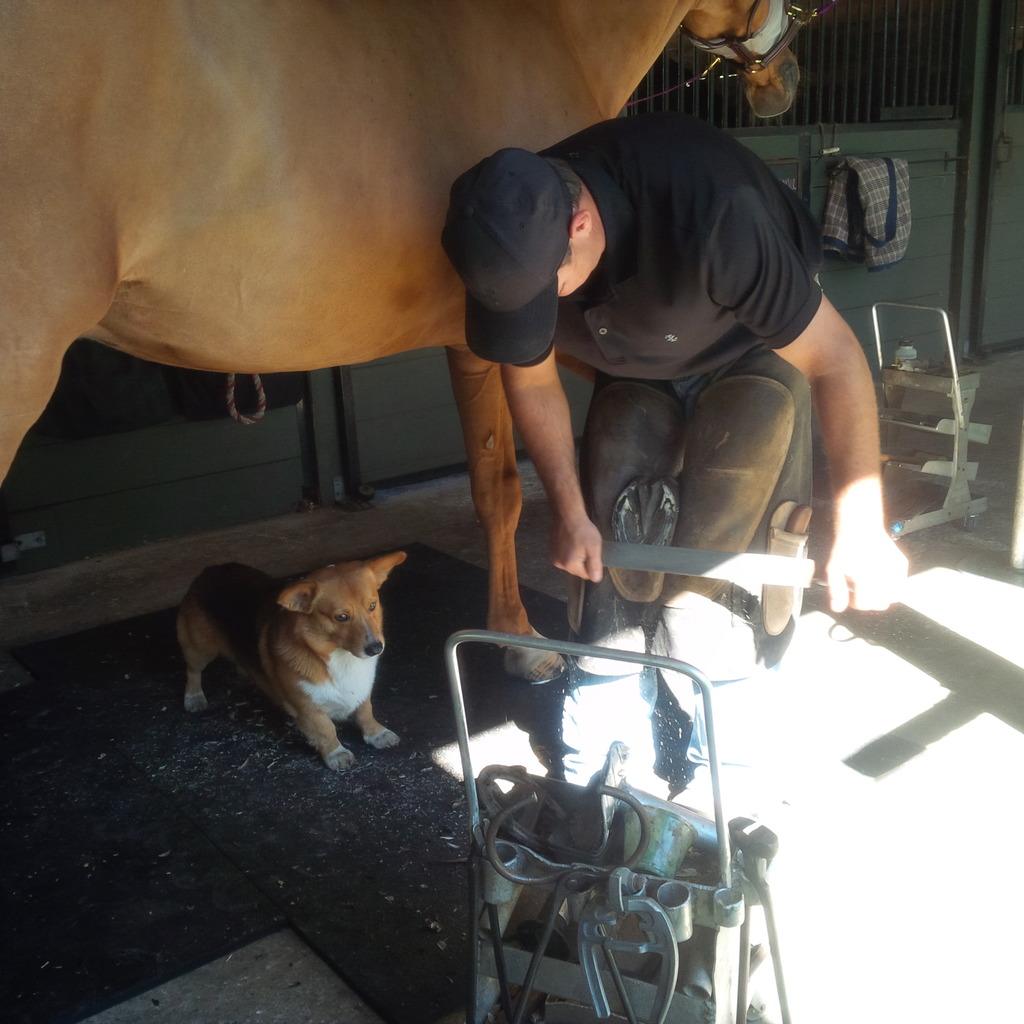 For any fans of the Broncos, congrats, they won! Peyton retired after his 200th game and all is well....right? Wrong.

Budweiser failed to deliver when their commercial aired. It was greatly disappointing for those of us die-hard #teamclydesdales. It was a major let down. They'll have to do better next year.

On the discussion of those magnificent horses, or lack of them, have any of you ever wondered what went into training those horses for these famous…

Going into the ring was fine.  Everything was fine until I asked her to walk by the fence on contact, the Cider started twisting herself, head toward Shannon, bulging out against my outside leg,…

It was a fib; just the first part of the annual bait-and-switch scam that Mother Nature pulls to make riders even battier than usual. It…

Today I was told by a student that I'm the 'Horse Whisperer'. I lunged one of our lesson horses on the line and then off the line. He did walk, trot, canter  and even galloped. He'd be going at a full gallop and if I bent over he'd come to a sliding stop and wait for my next request. This is the same horse who, last year and even a couple months ago, would decide when he would and would not do as I asked. I'd…