I apologize for not writing my blog this past month, we have been moving from our old singlewide trailer to our new doublewide trailer, luckily I own both of them outright and they both are on my acreage.  When I say we have been moving I mean that my husband, with some intermittent help from both my sons, has been doing the actual packing and moving, while I am collapsed with exhaustion from the tiny bit of help that I can give them.

Ever since my now…

I overheard some riders complaining like old campaigners. Asking a horse for bend sounded like the Hundred Years‘ War. They weren’t mean, just grumbling that it was hard to make the… 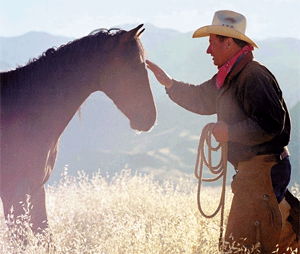 As a stereotypically reserved Canadian, judging a horse show last fall in Israel, it was culture shock.  Animated and passionate in communicating, what an initially rattled me (what’s the commotion??), became  endearing to me.

The big idea behind “horse whispering” is the use of subtle body language and keen observation to communicate with our horses.  And one…

Oakley Diaries - 28: A Month of Firsts

It's been a good month. We started May off with a dressage competition and did very well. We took home a nice, red 1st place ribbon, although that almost doesn't count because the other  competitors in my class never showed, but what does count is our score, which is the highest he's ever got, and if we'd got that score at two previous competitions would have won then, and would have had at least 2nd or 3rd place… 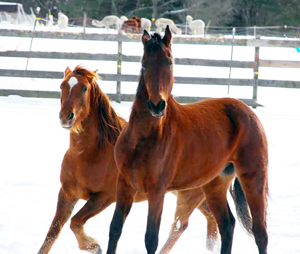 Some people read people really well …picking up on subtle cues, interpreting body language -social cognition. You can actually take a quiz to rate “ your emotional intelligence”, if you’re at home with nothing better to do  (perhaps, in itself, a sign of a social introvert?)