We roared up Nicky’s driveway with my precious cargo in tow, with my main ambition to just get Bella off grass completely. If I get her off grass, I thought all would be fine!

Bella and Angel were placed in a small paddock with very little grass. I purchased some Founderguard and put that in her feed once a day as instructed.

The Vet came out a few days later and said, “We need to x-ray her and see what is going on in her feet again.” I had noticed on both of Bella’s…

A horse who pulls back

I would love to hear anyone's advice on a mare who pulls back. She is a new horse, whom I was assured absolutely, did not pull back. She was tied up, pulled back and broke her lead rope when I went to brush her near her poll. Also a few times loading and when something scared her. This is very dangerous and I don't like it. Is there any solutions?
Thanks

Riding in other contries part 1

I was taken away on holiday by my Dad back last November.
We went on a cruise to the Caribbean and I decided I wanted to try to fulfill my dream of swimming with a horse in the sea.
I did just that on St Lucia! I rode a very sweet mare called Isak. She was responsive and, I believe a TBx, I could be wrong! 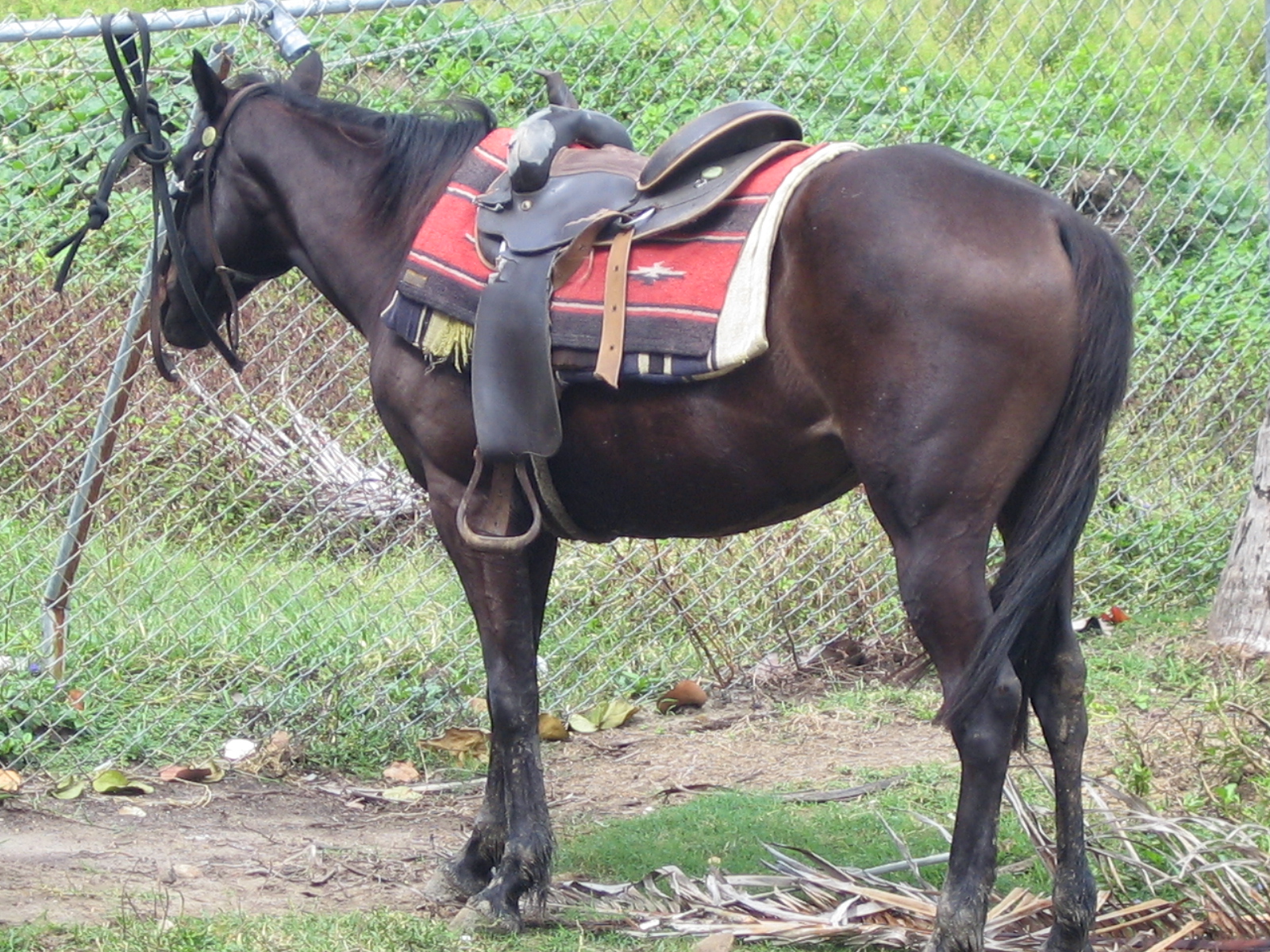 Isak after the first part of our ride.

The weather was over cast and a very warm 28c! We hacked across the…

My First Blog! - My introduction

I have been riding on and off ever since my Dad introduced me to horses when I was a child. That fateful day when at three years old I looked up at a stable door and a big chestnut nose came down at me and sniffed me!
I was instantly bitten by the bug!

I have ridden all sorts and most of the time, sad to say there has been long gaps between the times I rode or spent time with horses.

As you probably understood, this is my first blog in English.
I write Norwegian horse blog in my "website" (go and have a look, it's all in Norwegian, so have fun!), but if you don't know Norw(egian), you might not have much of a interest of it.

Since my horse got her shoes of last Tuesday, her toes look kind of strange. I am currently treating her with some moist products which will kill the bacterial stuff that live in her hoof.…

Been quite a while but here goes...

Found out the problem with no weight loss - I apparently have 8 gallstones, four of which are the sizes of plums. Once this gets straightened out I hope to be back on track as I have lots of catching up to do.
Bought myself an old quarter horse mare - she is 20 and a dear old soul that only wants to live life at a slower pace. She was a team penner so I do understand. She is as sound as a dollar and bomb proof - a term I use very lightly but that she is! Mind you, she was quite…

ADDED VALUE FOR ALL

Grand National fever again last Monday. This time the €250,000 Irish Grand National at Fairyhouse in Co Meath, not far from the famous Dreaper stable which once housed the greatest steeplechaser of all time, Arkle. It was won by the English trained, but Irish bred, Niche Market, brilliantly ridden by 19 year old Harry Skelton. There is a showjumping connection here as Harry is the son of British veteran Nick Skelton, who in recent years came back from serious injury and retirement to be one…

Pick Up the Correct Canter Lead Every Time!

It's not uncommon for riders to struggle getting their horses to pick up one of their canter leads. The following are some simple exercises to help you pick up the right lead everytime!

The first exercise is done completely in the walk. You will practice positioning your horse alternately for the left lead and then switch to the right lead after a few strides.

Let's say you decided to pick up left lead:

Natural Horsemanship vs. Tellington TTouch: the Concept of Handler Independence

So many times in my training in natural horsemanship, I heard emphasis on gaining respect. (I still hear it today.) I would watch a "problem" horse behave perfectly for my trainer and then, frustratingly, once I got my hands on the lead rope, revert back to "disrespectful" or even dangerous behavior with me. This was, of course, all my fault. Now don't get me wrong: students of horsemanship make all kinds of mistakes, and most problems they encounter are their fault.…

This week's quote/painting combo is for cantering fans.

Here's a link to download and print the "To Do List" with this design at the top. On the calendar be sure to schedule a date with your favorite horse for cantering!

Of Equine Bondage and Bonding

Today I read an article that basically hobbled my brain, preventing me from thinking about anything else until I worked out my feelings about it. 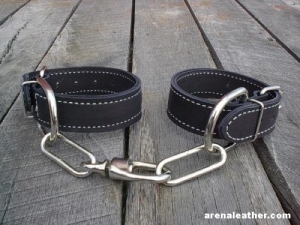 The author of the piece makes some assertions about the relationship between horses and their people that no logical mind can dismiss. However his tone, a sort of, “these are the cold, hard facts for all you hairy-neck-nuzzlers–face up to them!” renders even the most obvious “facts”…

New Accreditation for Equine Welfare in the works

A planned accreditation programme for equine rescue groups and sanctuaries in the United States has been described as a turning point for the equine welfare community.
The scheme was discussed during a meeting a recently completed conference in Las Vegas attended by dozens of national and state-based equine protection, advocacy and rescue organisations.

The third annual Homes for Horses… 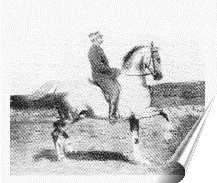 
For fans of dressage for riders believe that there is no conflict between sports and horseback riding wise, Beudant Etienne, "the squire mirobolant", the "Mozart riding" book his doctrine: a dressage horse should lead to its use both in varied terrain and riding school, with the barrier on the flat.…

How To Become Your Farrier's Best Friend

Ever since a good old boy farrier lost his patience with my nervous Palomino quarter horse gelding and slapped him in the ribs with a rasp, I’ve been very interested in barefoot farriery. I had to be, because there was no way that knuckle-dragger was going near my horses again, and what I saw of local farriers’ work did not impress me. I don’t mean to make out like I’m a hoof expert. Oh no far from it. Or that I disapprove of shoeing horses. I don’t. I have as good a grasp as anybody of the…

The Mindlessness of Equestrian Vanity

OK, the headline is unusually harsh, even for a blogger who examines every detail of horsemanship with skepticism. A little sensational, you say? Yes, I agree. But, read on, if you can.

"Sometimes things don’t have to have a point - they just have to make you smile." And these images of horses with hair extensions do just…

Pete Rose was, and is, of course, a legendary baseball player who spent most of his Major League career at first base for the Cincinnati Reds. He seemed to me to always give 150%, and his nickname, "Charlie Hustle", could only begin to suggest the immense dedication, intensity, motivation, and pure skill, talent and athleticism that makes his name synonymous with all of those character traits. On the field, he must have been a great teammate to… Continue

The commercial photographer and a pal were just horsing around one day, playing one of those “What if?” games when the idea hit them: “Hey, wouldn’t it be great, wouldn’t it be really funny to do some shots of horses with big hairstyles, sort of ‘pony pin-up?’ ”

Hello, I hope you had an enjoyable Easter or otherwise long weekend! Last weeks' blogpost generated a great question from a Barnmice member. I thought I'd repeat her email below because her question is actually something I hear all the time: how do I do exercises to improve my riding fitness when I have hardly any time and space is tight?

Thank you SO much for all of these tips Heather!!! I have a little bit of a twist on a "fitness for riding" type…

We have been trying for several years to provide fresh, clean drinking water for the working animals of Marrakech. ‘Not very difficult, that,’ you might say, ‘Build a couple of good, old-fashioned water-troughs’.
Ah, but you haven’t reckoned with the bureaucracy of the Moroccan authorities, nor the cunning of its citizens.

After several months of petitioning, we did indeed finally get permission to build a couple of troughs around the city. ‘Water is expensive’, they said.…

World Cup 2009 Beginning this Week : Background and Schedule from FEI

A total of 60 horses were flown in from all over the world to compete at the Rolex FEI World Cup™ Finals to be held in Las Vegas (USA) from 15 to 19 April. The 35 European based Jumping and Dressage horses left from Liege airport in Belgium at 7h19am local time on Saturday 11 April and arrived without incident in Las Vegas at 8h55am local time after a direct flight that took 10 hours and 35 minutes. At the same time, airplanes from all over the world delivered their precious loads from the…