Excellent series. You have expressed very well what many of us believe. The thoroughbred is essential to sport horse success. The European WB industry is well organized and well marketed and dominate…

Excellent series. You have expressed very well what many of us believe. The thoroughbred is essential to sport horse success. The European WB industry is well organized and well marketed and dominate the world's governing bodies. They are the ones who say that chasing success is irrelevant to competitive jumping success.

There is a saying in the US, "Courses for Horses, and horses for courses." The people who control course design will also control the type of horse that is needed… Continue

Ride in the Middle of Your Horse: Developing Lateral Balance

Ride in the Middle of Your Horse: Developing Lateral Balance
By Michele Morseth, MA, GCFP
See more articles at http://SitTheTrot.com

Q: When I ride, I notice I am very asymmetrical with the way I distribute my weight, which effects my horse's balance. I've tried yoga and strengthening with some success to fix the problem, but I… Continue

Hi Julie,
I am writing from Pretoria South Africa. My daughter recently attended her first show jumping event. Her horse boxed (trailered) without major problems and also traveled well. At the event this well-behaved, sweet horse, turned into a very nervous rearing animal. We could not control her and needless to say my daughter could not compete. According to her riding instructor, from whom we purchased the horse, she came off the track two years ago after being pushed very hard.…

Ride and Compete Your Dressage Horse at Horse Shows

Each year, you eagerly await horse show season so you can ride and compete your dressage horse. But when the time times, the fear gremlins creep in and you end up feeling paralyzed by "stage fright".

In my own personal quest, I've discovered practical techniques that have given me a performance edge at dressage shows. I'll share some of them with you here.

"DRESSING UP" YOUR PRACTICE SESSIONS"

I can't emphasize enough the importance of…

The Horse and Hound is the most prestigious equestrian magazine in the UK, the equivalent of the Chronicle of the Horse in the USA. I was writing an article on horse breeding for them, including details of the ‘Holstein’ stallion Cavalier Royale, the Irish based stallion that has produced so many top class event horses, including World Silver medallist and winner of Rolex Ben Along Time and Mary King’s wonderful international pair, Call Again Cavalier and Imperial Cavalier. Their breeding…

Welcome to this week’s equine science blog. Research news is a bit quiet this week, what with many scientists enjoying their summer holidays. However, there’s still plenty to talk about in this week’s edition with reports on the latest equine diseases in the US, new veterinary equipment in New Zealand and some handy information sheets for our British followers.

Firstly, more bad news for the integrity of equestrian sport. With top… Continue He went to an eventing home last week and won't be broken until next year! This picture was taken the day he left us.

The "Pathway to Employment and Education" is a multi-faceted approach to bringing skilled workers into the Quarter Horse racing and breeding industry. The Pathway program showcases the full… Continue

Recently one of my students handed me an article written by McLean & McGreevy on Training Horses I found it to be of great interest. This article covered some problems with contemporary training, conflict behaviors-the manifestation of problems and some solutions.
As a horse trainer I have the gratifiying opportunity of working with horses and their owners to improve the communication between the two to help form appropriate relationships .
I agree that "problems arise when… Continue

Pictures from our Sunday Ride

Took the camera with us on the Sunday ride. We rode past a feed lot. The cows were an exciting addition to our ride. 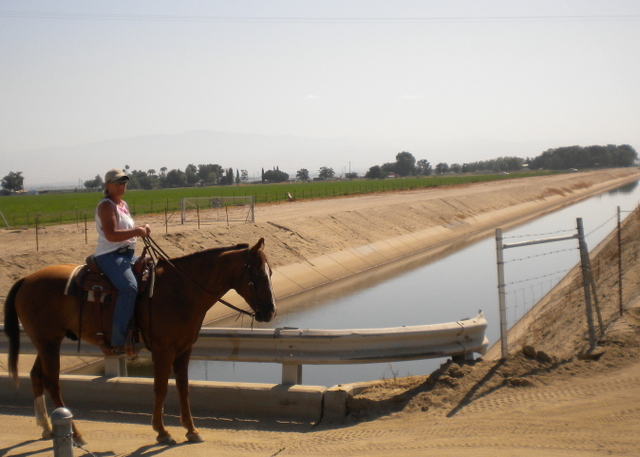 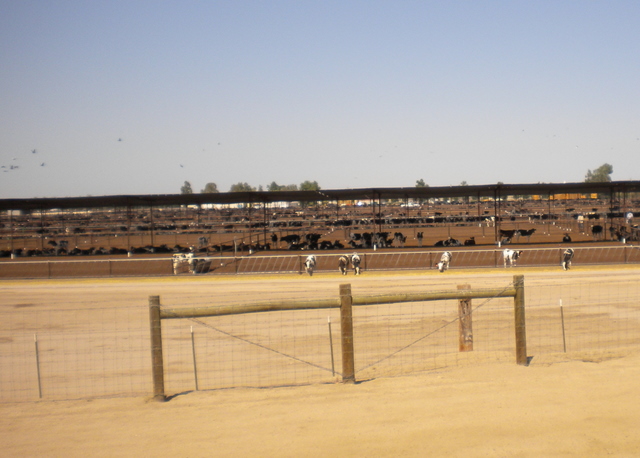 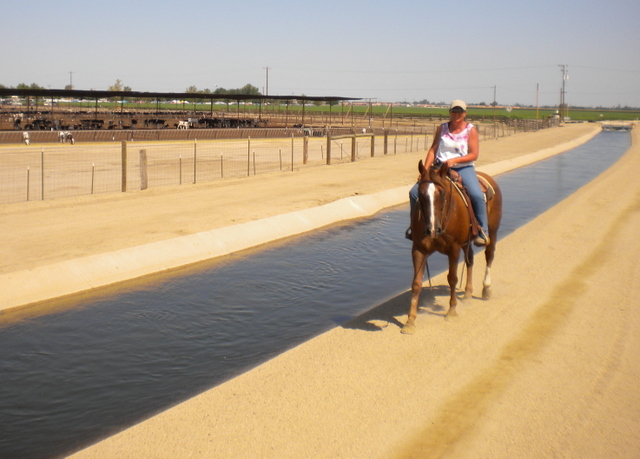 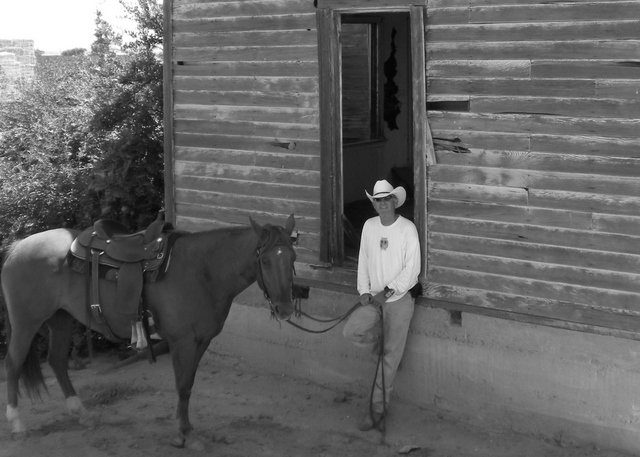 These pigeons were on the bank. When they took off it was pretty cool looking. The camera didn't catch quite the spectacular view I had hoped.…

Hi, I have to first apologize for being slightly longer with getting this latest blog out to you. This month has been quite busy due to preparing for an interview with Jane Savoie for her 'Interviews with Experts' section of her Dressage Mentor site (great site by the way!), and the launch of my books, Handy Stretching Guide for Riders, and The… Continue

An Alarming Alliance
Are FEI Endurance Officials and an Arab Sheik supporting the Mongol Derby?

What is believed to be the most potentially damaging equestrian event ever attempted, wherein twenty-five tourists will pay a collective $130,000 to race 800 small horses one…

I'm almost certain that you have heard of the ongoing controversy surrounding the Mongolian Derby, billed by its organizers as "the longest horse race in the world." Among the dangers posed to humans, the organizers list, "bleeding kidneys, broken limbs, open sores, sun stroke, moon stroke and a list of dangers longer than your arm stand between the you and victory. No mention of the dangers to the semi-wild horses of… Continue

They Said, He Said: The Adventurists, the Mongol Derby and VET Net

Before you read this post, I have to ask your forgiveness. Enlightened Horsemanship Through Touch is not a "mission" blog. I don't often launch myself in shouting matches or guzzle purple KoolAid, passionately following any idea at all. That is the diametrical opposite of mindful examination of all sides of an issue. But the Adventurists' blatant lack of concern for Mongolian horses and people, their environment an culture, in the name of "fighting to make the world less boring" is an… Continue

Do You Demand Your Horse's Complete Attention?

When you are with your horse, do you demand his/her complete attention? I don't.

In the worlds of traditional and natural horsemanship, there is a lot of talk about what constitutes respect. Determining the nature of respect can help you get it from your horse. Commanding his or her full attention while together is an element of respect. Last week I had a conversation with a trainer who was called in to help a horse owner who was having trouble getting the respect of her horse. Here… Continue

The Dominance Model and Horsemanship by Equine Ethology Are Dead

Way back in 2008, the American Veterinary Society of Animal Behavior wrote a position paper outlining its reasons for eschewing any kind of dominance-based training. Based on the most recent research, their paper is as enlightening to the mindful horse owner as it should be… Continue

Ride With a Natural Seat: You Can Too!

Ride With a Natural Seat: You Can Too! by Michele Morseth, MA, GCFP

ABSTRACT: Riders can ride for years without ever really moving in unity with the motion of their horse. However, you can learn new habits and posture so you ride in secure comfort. You are not your habits and at any age you can become fluid in your movement and more…

"Even among experienced riders, fear or anxiety can seem like an insurmountable obstacle in riding or just being around horses. Your horse spooks and you get hurt, you experience pain and lose the ability to be relaxed and supple, you see someone else get thrown. All of these events can cause anxiety and excessive fearful responses. Because horses tune in to our emotional states, our anxiety can cause unwanted behavior like shying or what seems like disobedience. When we are calm and confident… Continue

Today I got to ride Mars at Lanolin Farm. Since Shannon had gotten all her horses in the small paddock, Mars decided to cooperate, let himself be caught at the first try and did not make too many faces over being groomed and tacked up. Just think, Shannon did not have to convince a running, bucking and kicking pony that it was time to be ridden. Sounds good, doesn't it?

But when I got up on Mars's back he WAS NOT HAPPY. Reluctant to move forward, extremely reluctant to walk in a…

We took two Sport Ponies to the Fieldstone Breeders Show on July 25/09. The past couple of years we have been unable to attend the closest of the Sport Pony Star Search Qualifier show due to conflict with other competitions but this year we MADE IT.

Two year old Private Benjamin (Babs) was 2nd in her class and was later named Reserve Junior Champion. Her 3 year old half-brother Kolonel Mustart (Dijon) was 2nd in his class. We had an great time - Shannon and crew put on a terrific… Continue