Natural Horsemanship Solutions: Trailer Loading - it doesn't have to be hell on wheels!!


Trailer Loading – It doesn’t have to be hell on wheels

Helping a Horse that Pulls on the Bit

Hi JulieI have been riding for eight months at a stable and am taking classes once-twice a week as well as clinics. I bought a horse from the stables I go to; he is a twelve year old Arab and a very forgiving horse but in the last two months he has started to pull on the bit. I am finding this very, very frustrating. My teacher is a very good trainer as well as a teacher. Just this…

Herd Bound Problems – your buddies will live without you

Horses can become herd bound for a variety of reasons. Sometimes horses don’t feel safe when they are not with other horses, and sometimes horses feel they have to get back to the herd to protect them. Either
way, we need to teach horses that it is okay to leave the herd and that the
horse can be safe with you.…

Dress To Impress - Yourself

As I have grown up in horses I have noticed something which I think gets by many riders. It combines functionality with human nature and it’s something I have grown to take as gospel but few others speak about.

Adjusting Your Leadership to Keep Attention

If you can keep adjusting your leadership to be more dependable, flexible, understanding and intelligent, the horse is more willing to form a loyal partnership and put a greater effort into his performance. The biggest mistake people make in their relationship and communication with horses is to not understand that the development of leadership with horses should be spent in managing the connection, bond and trust through…
Continue

The Calico Mountain mustangs of Nevada inspired the mustang herds in my Phantom Stallion books.

When the Bureau of Land Management decreed a round up of these horses, I joined a lawsuit to stop them. When that failed, I witnessed the deadly winter helicopter round-ups and captivity which has led to over a hundred deaths.

Ghost Dancer and Shell Flower suffered facial and leg injuries, but survived to become friends. Now, the BLM is clearing the corrals of Calico Mountain… Continue

Fellow Horse and Animal Advocates,
This Wednesday, July 28, at 10 pm, Global TV airs “No Country for Animals”, a special documentary by Kevin Newman that examines Canada’s deplorable record on animal welfare and the people who are fighting to bring about much-needed change. We urge…
Continue

Finally Some Good News And Betterin My Life

Well back in feb. i broke up wit matt after we got engaged... it just didnt work out.... i finally got away from all the bull shit of his.... i am so happy now that i am back home wit my family.... met a new guy that i really like... seth... hopin all goes well... but my mom is doin alot better now.. still probablly wont ever ride agian tho... which sucks.... still workin on breakin our horse to ride... been just way to freakin hot to do any training...… Continue

It has been SOOOO hot and humid this week. One of the few good aspects of my MS is that when it is hot I am guaranteed not to work the horses too hard for the weather conditions. I can't do much more than walk with an occasional short trot. This weather is not good for vigorous athletic pursuits, and with the pollution it isn't good for the lungs to do deep breathing, for both horse and rider.

I have been working on keeping a…

Today is July 24th, and i havent been on Barnmice for a REALLY long time. i'm quite happy that people are joining my group, Showing. Riders helping Riders is a great way to connect.

I'm leaving to go to a special English riding camp, and it'll be a lot of fun! I get to ride a different horse, but i dont know which one. I have been going to this camp since the summer of 2007, but usually i ride… Continue 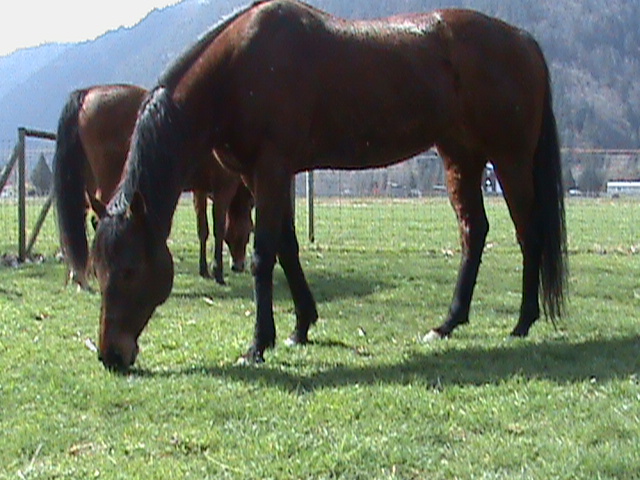 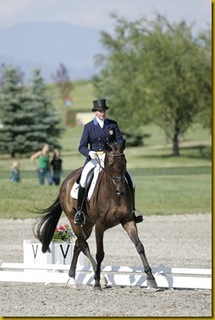 
Over the past week, Canadian Olympian Evi Strasser has earned two WEG-qualifying scores with her Oldenburg gelding Quantum Tyme.
Strasser and Quantum Tyme placed fifth in the Grand Prix at CDI3* Hartpury, held July 14-18, 2010 in the United Kingdom, earning 67.404% from the panel of five FEI judges. The combination also scored 72.000% in the Grand Prix Freestyle, earning them fourth place.

Strasser has been competing in Europe all season, with both Quantum Tyme and Action… Continue

Riding at Sunset Under the Moonlight

The moon is in a good position for us to ride in the evening. It's also starting to cool off around sunset. Last night we had a cool breeze blowing which made it even more comfortable.

We had planned this night ride a little differently. I picked up some takeout food on the way home. Ranae had gotten home about 15 minutes before me and fed the horses. We had dinner and then saddled up. It was nice for a couple of reasons. One, we weren't hungry and two, we didn't have to worry about… Continue

The weak hind leg doesn't step directly underneath your horse's body. Your horse displaces it slightly to the side to avoid carrying weight with it. On the other hand, the hind leg on…

Natural Horsemanship Solutions: Would you Relax? Let’s enjoy the trail!

Would you Relax? Let’s enjoy the trail!

**Lindsey Forkun Equestrian advocates for you to wear a helmet 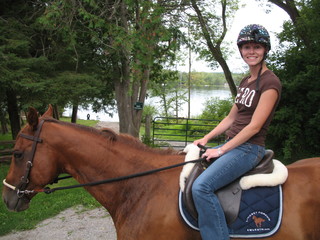 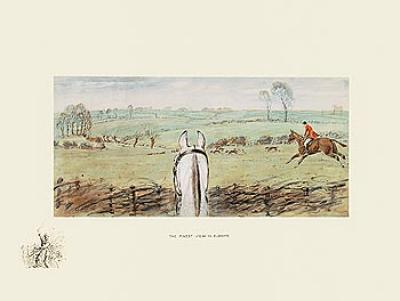