Horses I Have Seen

As a saddle fitter, I get to see alot of different horses, and riding styles. I received a call from a woman who was in tears. Her horse had been getting more and more defiant, and that day was unrideable. He did not show outward signs of back soreness, but she had gone every other route to try to solve this problem, to no avail. When I saw the horse, he was in a bad way. On cross ties in the aisle, he was extremely nervous, to the point he was shaking. Examining the saddle on his back, I…

Do you have a Rescue horse? Tell us about him/her.

Ok when I was asked to join it was due to a post regarding my rescue pony. So I thought I would bring the conversation over here and ask all of you to tell us about your rescue horse/pony and there story.
Here is my boys story...
Year and a half ago his dam and a few other horses where removed from a starvation situation. Few days after Animal Control removed them the mares where dropping foals on the ground. My boy (Titus) being one of them. He was actually a twin. The twin…

Ever heard of Teff or Tiffany hay?

My husband grew this on his farm this year and it has been a WONDERFUL crop. It's got great points for those that have IR or Cushings horses. It's gluten free. Has low sugar count and NSC (Non-structured carbohydrates) of typically under 10%.
Would be interested to hear any response from anyone that has fed teff and there opinions on it.
Or even if anyone has questions on it. I'ld be glad to answer them (or find the answer) lol
Briana
Homestead Sporthorses Horses… 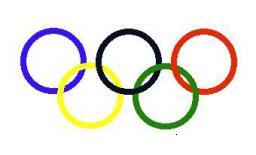 Canada’s team captain, Ian Millar, was daring last night in predicting a medal today. After the loss of Mac Cone’s mount, Ole, Canada lost the luxury of a drop score, in a contest where the best three scores count. But, the remaining three team members met the pressure head-on. Jill Henselwood on Special Ed produced the…

Horses I Have Seen-mini pony

I received a call for a saddle fit to a stable I had never been to. It was quite a long drive, and as I drove in the yard, my mood sank. The stable was an old rundown cow barn, and the yard was full of piles of junk. The owner was a grumpy old cowboy who walked with a limp. He gruffly agreed to show me the horse I had come to fit the saddle for, but I could tell he had little interest in helping me. As we walked to the stable door, I wondered about the condition of the animals inside. I got… Continue

Well, it has been pretty eventful working with Sky.

Monday, we went on our weekly trail ride.

The kayaks were going to eat her, she was convinced of this. She's a very smart horse and she kept having to look back to make sure they either weren't there or weren't following her.

We did some hills, some galloping, some cantering, trotting, and all and all, had a great ride.

But the highlight of our ride....

We jumped for our first…

At www.HorseJobs.ca we have many people ask us about how they can progress in the equine industry or they are looking for ways to get back to doing what they really love....working with horses.

Like many of you, I started as a child, mucking stalls in return for a riding lessons or to pay off a lease on a riding school pony. Later I was mucking stalls to help pay for the stabling of our pony and so the barter system goes... Also…

A friend sent this in an email the other day, and it really tickled me:


Why do I like horses? I reckon I must be mad.
My mother wasn't horsey - And neither was my dad.

But the madness hit me early – and it hit me like a curse.
And I've never gotten better. In fact…I've gotten worse.

My stables are immaculate. My house is like a hovel.
Last year for my birthday - I got a brand new shovel.

I hardly read a paper - but I know who's… Continue

Horses I Have Seen

I work as a saddle fitter. My job is to make horses more comfortable in their every day work. As a result, I am on the road most of the time. I go to different stables, seeing the best, and the worst situations horses find themselves in.
I would like to share some of these stories with you, as the people, and the horses I meet are sometimes heart warming, sometimes heart breaking, but always interesting.

rode oscar in outdoor with schooling whip. was a bit fizzy but settled. got him doin proper leg yeilding pirouette turn on forehand rein back shoulder in! dead proud of him! was told that the two of us look like proper sj!! dead happy with that!!!!!!

GENERAL
Brian O'Connor is the announcer of the equestrian events - http://special.equisearch.com/blog/brianoconnor/

I go out to the barn and I'm saddling up Sky. My mom calls and I'm talking to her while saddling up, and I told my mom straight up that I really couldn't talk because I was tacking up. My mom is a horse person, she should know this.

Well, she kept talking. And Sky mildly scared herself, I don't exactly know how, and she jumped in the air and landed on my two middle toes of my left foot. It wasn't her…

I have a young gelding here who is about 2.5 yrs old and needs backing. I am not setup to start a youngster here and need someone who is willing to put '30' days on him to get him going. He has had saddle on him, has been bitted and longes with full tack. We are still working on ground driving. He has regular hoof care and is UTD on all shots, deworming etc. He is fearless and kind. Please contact me if you can take on a colt to start this fall.

oscar followed me in from the field with no hed collar or lead rope! didnt ride because outdoor was in terrible state after rain!
he hasnt been rideen since mon!¬ his coat shone after 2 hrs of hard grooming!!!!!!lol

Does anyone else out there own a 'child' by Donnersong?

Just fancied comparing notes with someone else who has come across a horse by this lovely stallion...

Fun Stuff that Only the Olympic Athletes Know!

Just for fun, we asked Canadian Olympic dressage rider and Barnmice member Belinda Trussell to give us the scoop on some stuff that only the athletes know.

1. How do they organize all the athletes before they march into the stadium? What is everyone doing?

All the athletes travel to the stadium on a bus. In Athens, I was on a bus with the other members of the equestrian team, as well as the baseball team. I sat next to a nice ball player whose name I didn't…

UNBRIDLED – Chapter 23: Triplets and Redheads and Sentries, Oh My!

SPOILER ALERT!!: This is the final chapter of Unbridled. You can read the entire hay-covered series in the UNBRIDLED Channel on our home page.

“You bastard,” she said as…

Sky and I went on our first trail ride today.

Since she's only 4, I didn't really know what to expect from her.

She was AMAZING. She was looking around at stuff, yes, but she didn't spook, she was smart, and wasn't dangerous at all.

The best part about today? She and I cantered for our first time.

At home, I've been working on our walk and trot, but she was doing so good today, I thought...well why not!

My jaw was dragging behind us. I had… Continue

My friend came over to meet Sky today.

I spent a little time working her at the walk and trot some more, with some major improvements. I'm so proud of how she's coming a long.

I free jumped her a little bit as well.

We're going on a trail ride tomorrow so I didn't want to tire her too much! But she's being such a good little girl!!! /end proud mommy