Dave Barry on horses: "You Take The Horse; I'll Gladly Take The Dog"

Dave Barry on horses: "You Take The Horse; I'll Gladly Take The Dog"

RECENTLY a woman I know named Michelle came into the newspaper office with a big ugly wound on her upper arm. Realizing that she might be self-conscious about it, I said: "Michelle, what's that big ugly wound on your upper arm?" Sensitivity is the cornerstone of journalism.

It turned out that Michelle had been bitten by a… Continue

This Week in Horse History - November 9th Through 15th

This Week in Horse History - November 9th Through 15th


November 9, 1895 – The last of the horse-drawn rail cars in use in Detroit ceased their operation. Beginning on August 22nd, 1892, the Detroit Citizens Street Railway began to install electric streetcar service in the city. The service gradually expanded, slowly replacing the horse-drawn cars which were slower and limited in the distances they could travel. By November 9, 1895, all transportation in the city had…

Hunting in Ireland and religion...

...got summed up to me in one sentence today. I taught this American woman who told me how many years ago she went for a hunting trip to Ireland. I asked her what she thought of it and she said:

'You know, if you are not a Christian in the morning of the hunt you definitely are one in the evening!"...;)

I had a weekend from hell travelling wise with ALL my tube lines' options out due to engineering work. I spent considerable amount of time walking vaguely towards home from… Continue

We have been continuing to work with 'The Squirt' and we are thrilled with the wee lad's progress. We have lunged him several more times with him wearing the surcingle, and he has settled into the routine quite well. He is adjusting nicely to carrying a bit, and we have progressed from a rubber bit to a 'Happy Mouth' bit so that he can adapt to a bit with some rigidity (the rubber bit is soft and bendy). The Happy Mouth bit is smaller in diameter and so it actually fits him better, and he seems… Continue

First I want to thank all you people who made it through my Forward Seat Riding blogs. I found these lists in books I had never seen, or not seen for decades, and I just could not resist sharing them with all of you.

When I compare my seat with the Forward Seat ideal I am overwhelmed by my many faults. It is impossible for me to keep more than ONE thing in mind at a time, much less twelve! I concentrate on my feet and my hands wander about. I try to grip with my upper…

On November 5th and 6th I had the opportunity to ride in a clinic taught by Christine Traurig. I had ridden under Christine before and had really enjoyed her lessons, so I was excited to be able to participate in the clinic. The last time I had seen Christine was early in the beginning of 2009, so I was anxious to see what she thought of my horse Verdicci and I. In July of this year we were able to represent Region 5 in the North American Junior Young Rider Championships in Kentucky, where we… Continue

My recent attempt at BHS SM exam was not successful. I spotted the postman and as soon as I felt the envelope in my hand I knew. It was not heavy enough to be carrying a certificate. I thought the exam had gone well and felt confident. I knew I had made some mistakes and unfortunately they were enough. I have been rationalising with my disappointed self this week:

Welcome to this week’s edition of the Equine Science News blog – this week’s been a busy one for research news, so this post will be a quick overview of all the latest topics.

Many owners shoe their horses without a second thought, but ‘barefoot’ is slowly becoming more common place and now the public in the UK are being encouraged to comment on new standards for barefoot trimming. This comes after concerns have been raised about practitioners of ‘equine barefoot care’ (as it… Continue

My Dressage Horse is Stiff to the Right

You can help your stiff dressage horse bend better by gently doing the opposite of what he wants to do with his body.

Few horses are ambidextrous—meaning they can bend as easily to the right as to the left. So your goal is to make your dressage horse's soft side more "stiff" and his stiff side more "soft" and bendable.

How Do I Make the Stiff Side "Softer"?
Dressage riders tend to think that the stiff side is the "bad" side because it feels harder for…

A Safety Checklist for You and Your Horse

Always have in your mind that horses are unpredictable animals, not machines. Our familiarity can lead to taking liberties and accidents occurring.

How many of these practices are on your own safety list?

1. Always wear clothes and boots that are designed for riding.

2. ALWAYS wear a riding helmet that fits you correctly and complies with current standards.

3. If you are young, your horse is misbehaving, you are out of practice…

Bonfire Night and Horses don't quite go hand in hand. Or do they? 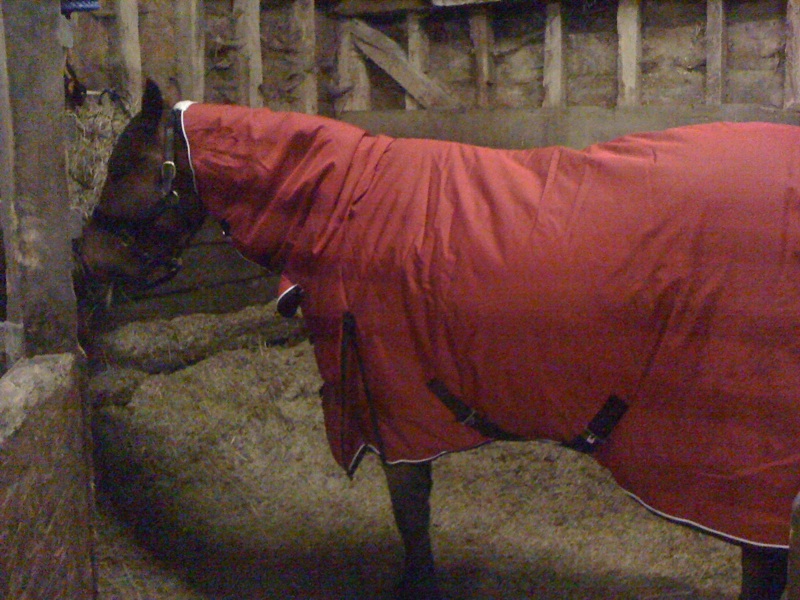 It was rather unusual day for me today as for one reason or another various clients didn't make it to their lessons and I spent most of the time on the yard. I also did a Birthday Party which was rather amusing as I had to "employ" mums as leaders as had no one to help me (where are all the helpers when they are really needed?! ;).
Did Kingsley boy at lunch time and as our RDA group uses indoor school I had no choice but to do his 10… Continue

Hi, As you know, you can post questions to the Ride Fit blog, along with photos (if you have them and want to) and take advantage of the blog as a free online 'clinic' to help you with specific suggestions for getting more alignment between your riding, and your fitness activities.

Just as with other sports, there is no single workout you can pull out of a box that will make you a better rider. There are some principles: good posture, for example, is essential to good riding whatever… Continue

Are horses bold? What is the difference between bold and bolt? I think my horses, when frightened, bolt with boldness.

When I picture a bold horse a cross country eventing horse comes to mind. They bound over huge jumps and gallop off. How did they become bold?

What bold horses do you know? What makes them… Continue

Havent really been riding lately but still plugging along. Katelyn rode in the KHJA Medals this summer at the
Kentucky Horse Park. It was our first Medal Class and she rode well, her horse did great but of course he is a paint and the judges won't even look at him twice, but we DON'T CARE!!!! Greycee is coming along just fine, and will be spectacular next show year.

Modjo Working - With SPANA in Ethiopia 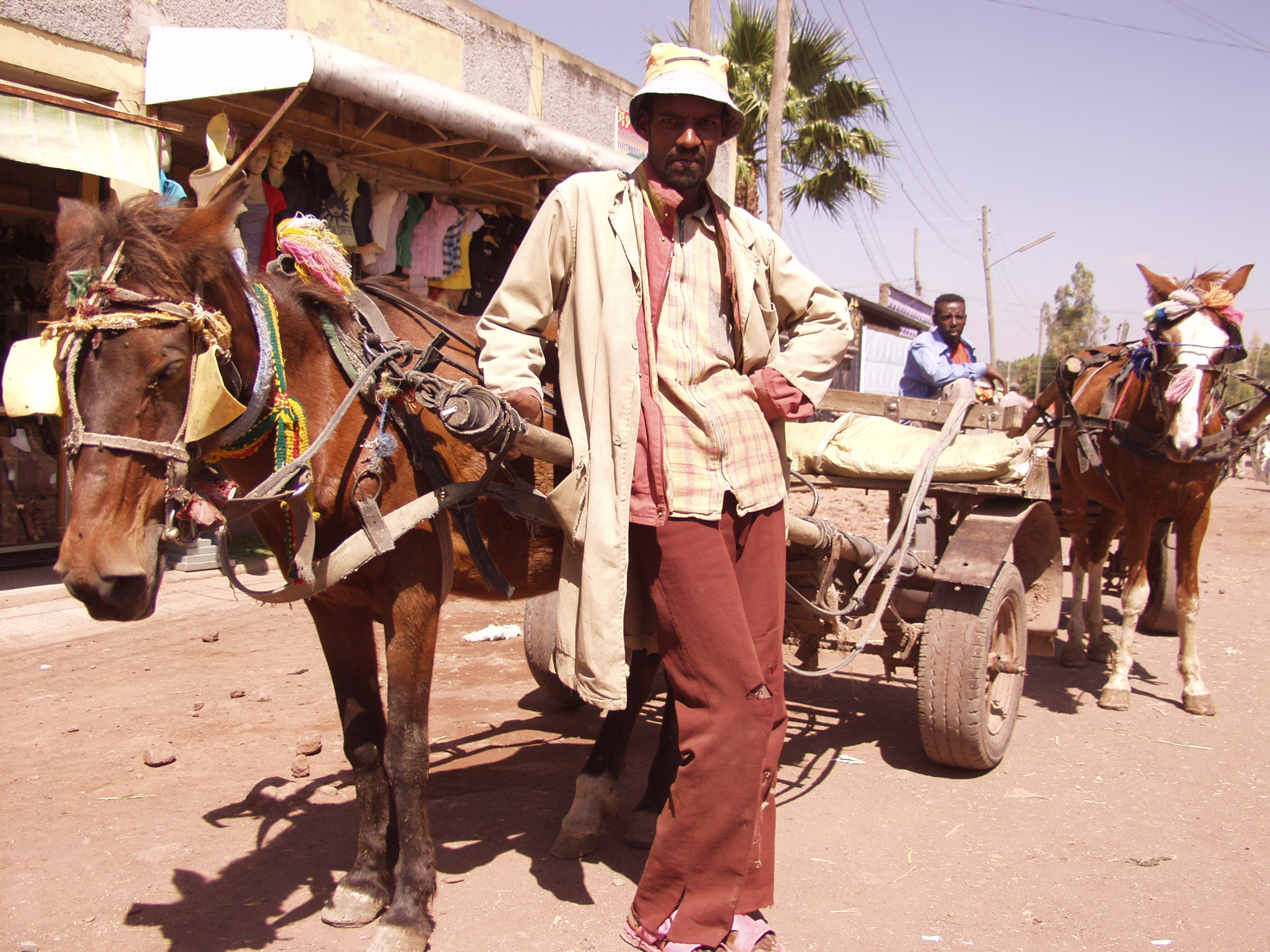 With Jeremy Hulme, SPANA’s CEO, off visiting our projects in Tunisia, this blog is from Simon Pope who oversees SPANA’s Communications Department.
Like many people of my generation, Ethiopia came into my consciousness about 25 years ago with the BBC reports about the drought and then the subsequent Band Aid / Live Aid initiative overseen by Bob Geldof. Now, a quarter of a century later, and with new BBC reports about droughts in the region , many… Continue

Manna is defined as (among other things) any sudden or unexpected help, advantage, or aid to success, because as biblical scholars will attest, manna was the food miraculously supplied to the Israelites in the wilderness during their flight from Egypt.

It wasn't long after Sammie and I fled Clancy's backyard to the upscale boarding facility that I was blessed with my own manna from Heaven. Just two weeks after we moved in, our trainer Meg asked me to reschedule our usual Saturday… Continue

The term “accepting the bit” is frequently encountered these days. It usually refers to a quiet mouth and steady head and neck carriage. The Old Masters didn’t really mention the “acceptance of the bit” very often – probably because these qualities have very little to do with the bit or the horse’s attitude towards the bit. Instead, they have everything to do with suppleness, balance, and straightness. The rein contact in general is a reflection of the posture of… Continue

Ten Actions You Must Take Before a Dressage Test

Ten Actions You Must Take Before the Dressage Test

If you have never competed before in a Dressage Test,your first experience can be an overwhelming task. In the coming weeks I have a blog series designed to simplify the process and break it down into bite size pieces that will lend itself to a safe and fun experience for both you and your horse.The following are 10 simple steps to help you be prepared for the Dressage Arena:
1.)Have a little “dress rehearsal” at home before… Continue

Just some waffling thoughts on the month that passed 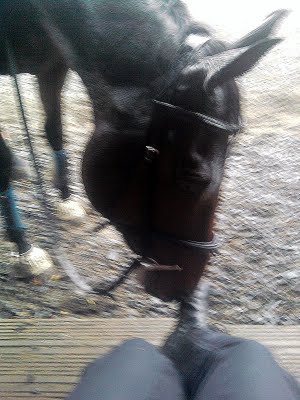 To write or not to write? That's the question of the passed month. I've had so many thoughts in my head I was sure my cells would just burst at the start of one of the gorgeous sunny mornings of which we had plenty in October. Writing this blog has become such a giant habit for me, one that I really enjoy and I'm glad it helps some of you to stay in touch with me, allow some of you to have an insight into a struggling life of a riding instructor, lets… Continue


November 3rd, 1967 – This was the first day of the first annual All American Quarter Horse Congress. The Congress was held at the Ohio State Fairgrounds in Columbus, Ohio, and lasted from November 3rd through the 5th. It was sponsored by the Ohio Quarter Horse Association and was attended by more than 5,000 horsepeople. It… Continue