It's my favourite time of the week again! Riding!
My week has been filled with pacing my activities and recovering from my lesson last week. My FMS pain and fatigue levels has been up and down, and the other symptoms nagging at me, but this week has been an ok week, illness wise.
But, I have been going through everything my instructor told me last week. Trying to memorize everything I had to do to get Pink down on the bit and moving forward as well as my position.
I am pretty…

Dreamers and the Art of Riding

This quote is wonderful for both riders and artists:

"To accomplish great things, we must not only act, but also dream; not only plan, but also believe." - Anatole France

Many great athletes practice mentally picturing themselves performing to perfection. Could this be a form of dreaming -- incorporating planning -- that leads to confidence and believing? Have you tried it with your riding? During my riding lesson yesterday my…

WHY DO WE TRAIN

I have would like to put across to you some part of my philosophy with regard to the very important subject of why we train. I have also given some part of this blog to what to look for in a good trainer.

BEFORE WE START TO TRAIN OUR HORSES I BELIEVE THAT A DEEPER UNDERSTANDING OF THE REASONS BEHIND TRAINING ARE MADE CLEAR.

What about human beings?

Staying Up All Night Reading A Good Book

I was reading my newest Kindle 2 download, The Horse Boy by Rupert Isaacson.

Like a schoolgirl who's laid hands on her first bodice-ripper and reads it with fascinated, secret relish, I could not put this book down. It's that compelling. Even if you care not an iota about horses, you'll enjoy this book.

This is no passionate daddy… 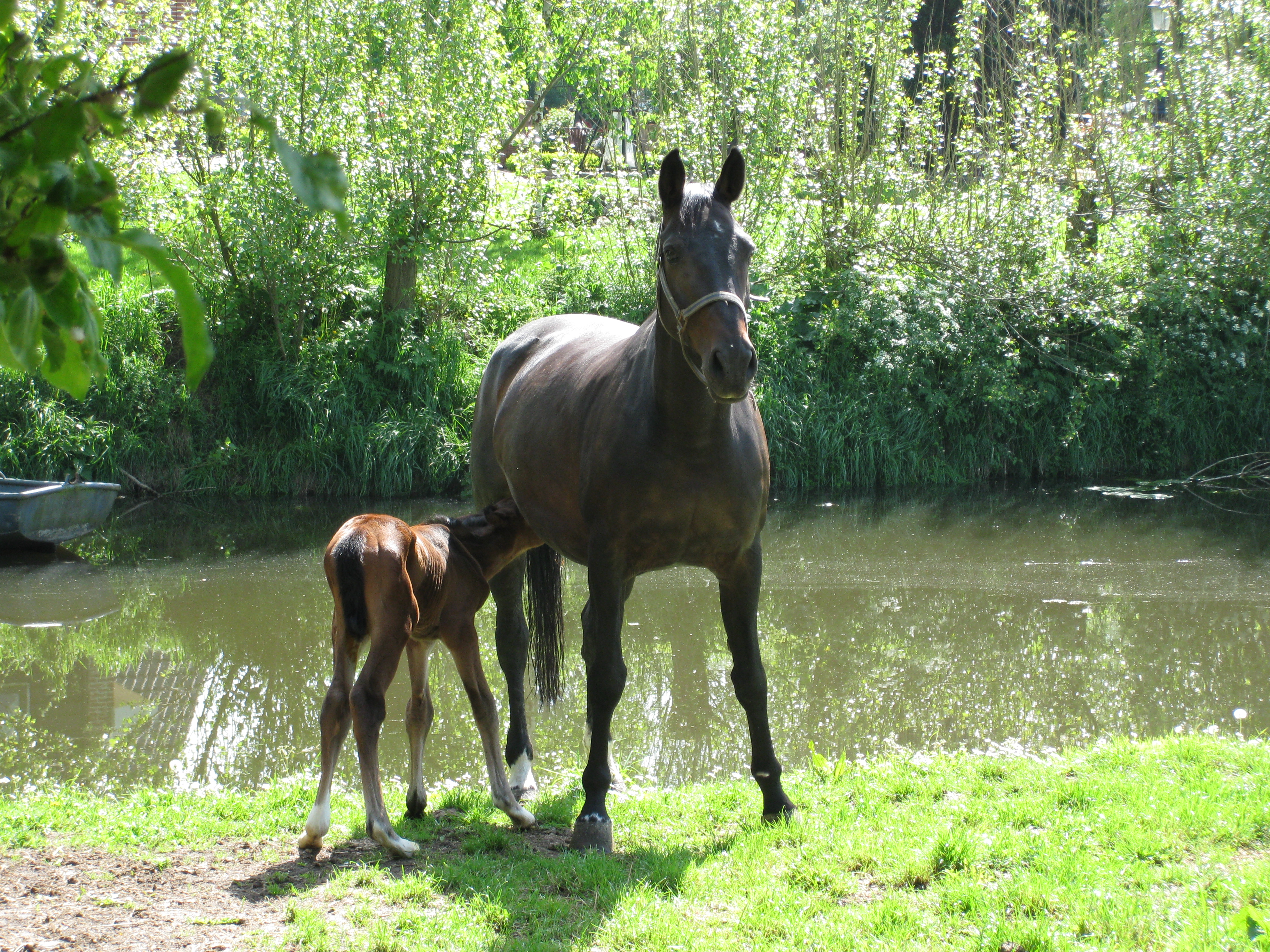 Home for the summer. Two years of school done, two years to go. It was a challenge riding this school year, but I managed to ride at least 6 days a week, often more than once a day! I volunteered with the local Riding for the Disabled association as an exersize rider. I got to ride some pretty cool ponies and even a clyde/mustang! I also took lessons on some pretty wild TBs, and ended up riding one two or three times a week on top of the ponies to keep it in shape while his owner is away in…

Kelsey (photos in the comment below) is an intermediate level rider, but she seemed to be at a plateau- which is why she registered for the clinic. She works during the day seated at a computer, commutes…

When Hacking Presents Peril, Foxhunting Accoutrements Come to the Rescue

Tamara of The Barb Wire recently wrote about an unfortunate encounter with an unrestrained dog while out on her mare Consolation.

All of us have had such unpleasant meetings at one time or another. Regardless of your feelings about foxhunting, there are some bits of equipment that might help make equestrian outings safer and more pleasant.

In particular, I'm thinking of the hunt whip.

Autism, Horses and a Hail Mary Trip to Mongolia


Rowan Isaacson is a seven-year-old boy with autism. Until the age of five he had suffered every symptom the illness threw every possible symptom and limitation his way. Rowan's father and mother, Rupert and Kristin, were heartbroken that their son's life was filled with wild tantrums and little meaningful connection. "You're saying goodbye to a bunch of dreams that I think every parent has of a certain type of childhood, and a certain type of relationship with your…

A naval recruit stationed in Iraq is among students from around the world who have graduated from a US university offering more than a dozen online equine courses.
The degree course from Global Equine Academy in conjunction with Dickinson State University in North Dakota has 14 online horse courses. It currently has more than 200 students from around the world. Many of its graduates have gone on to start their own equine businesses, "and others have gotten equine management jobs and are…

With SPANA in Syria and on the Streets of London!

Last week we were in Syria – we’ve had a SPANA project there for fifteen years now. Slightly strange place, difficult, tough government, yet the people are some of the nicest in the Middle East. They are, because of the politics, very cut off from the west, so when Diana (our Education Director) gives a Teacher Training Course (we have just produced the standard curriculum text-book on animal welfare and the environment), everyone is aching to hear and try out the latest methods.…

OPERATING MANUALS FOR YOUR BARN - a lesson in communication!

Every industry in the world seems to have operating manuals and S.O.Ps (standard operating procedures). Personally, I come from the corporate hotel world . Having worked in properties such as Loews Coronado Bay Resort and Mandalay Bay in Las Vegas, we were surrounded by operating manuals and standard procedures - it was a sure fire way to back up our training and communication techniques as well as providing a permanent resource to answer any questions our staff might ever have.
Even as…

Ride Better 1-2-3: Rider Fitness 'Clinic' week 8 IMPROVE YOUR RIDING WHEN YOU'RE NOT RIDING

Hi,
This week we did not have anyone submit specific questions or photos for comment (Please do- if you're reading this blog and like it, and have some questions...go ahead and attach comments regardless of whether you have some pics or not. There are probably 10 other people out there who have the same question. Plus, you get free recommendations without having paid a clinic fee, or personal training fee.)

So, I got thinking about the season- gearing up for shows, and the…

Related distances seem to cause a lot of problems but for no real reason.

Once you understand what they mean, if you concentrate on your horse’s rhythm and stride regularity you’ll have no problems.

Course builders build jumps that are related to each other in some way — this means that there is a set number of strides between the fences, usually between three and seven. At more advanced levels, the course builder uses half distances, so instead of say five nice…

Program Yourself to Improve Your Riding!

Do you want to know how to become a better rider without taking tons more lessons? Do what I did. By putting the same amount (or more!) of effort into mental training as into skill development, I was able to realize my dream of representing the United States in international competition.

Here's how it worked for me. Back in 1980 I picked up a book called, Psycho cybernetics, by Maxwell Maltz. This book literally changed my life. I had always wanted to compete…

I wasn’t quite honest last week as I praised Arkle, arguably the greatest steeplechaser of all time…or to be more exact I was being disloyal. Disloyal to my childhood hero Mill House, who was the magnificent winner of the 1963 Cheltenham Gold Cup, and destined to be the King of steeplechasing for many years. So in 1964, when Mill House was hot favourite to win his second Gold Cup I could only watch in shock as Arkle swept into the lead to record the first of his three triumphs in this… 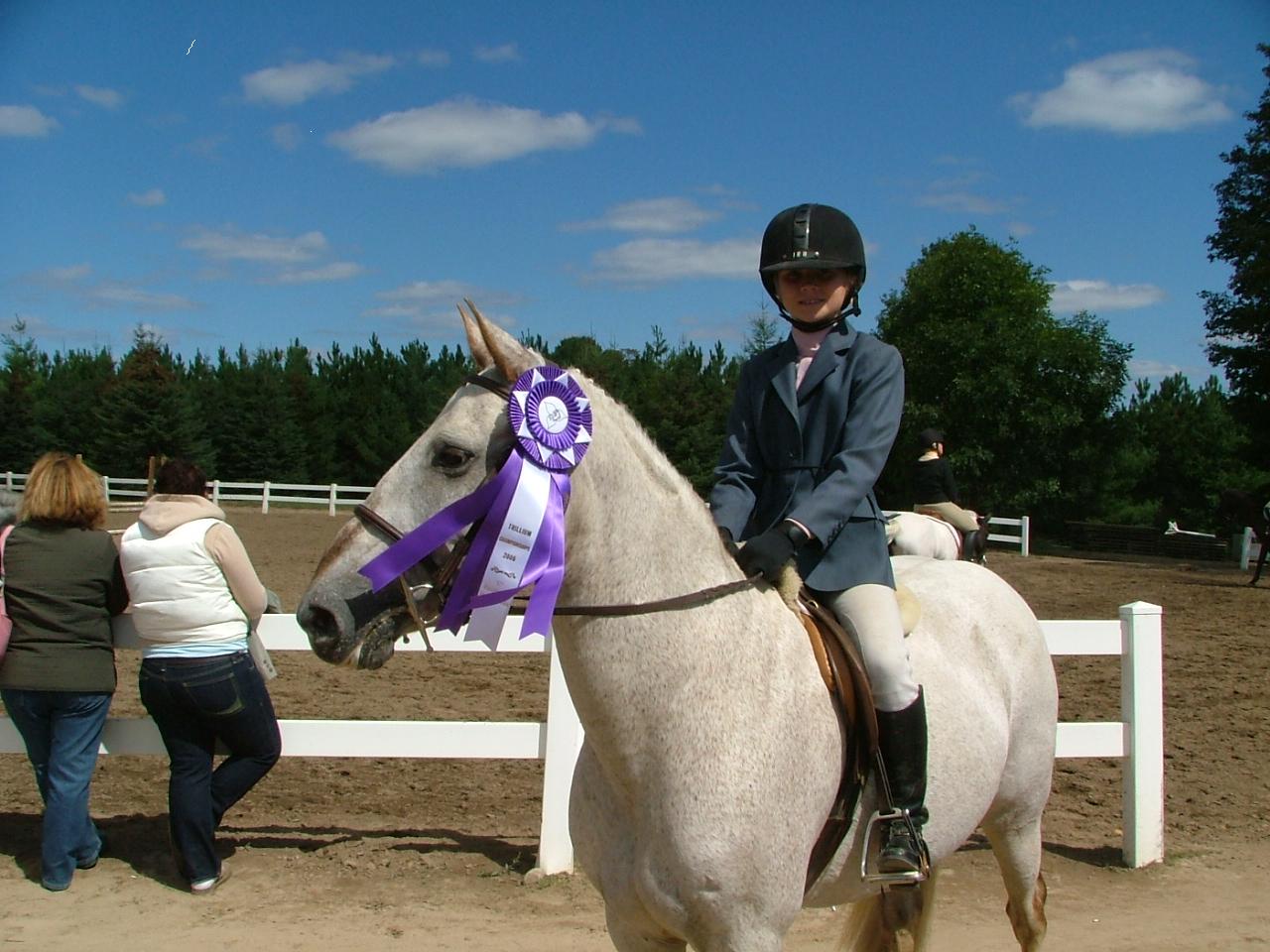 Lucy is my baby 30 year old retired trail pony . She use to show in the trillium also but is now a fun trail pony . Her show name is Apple Lucy . She is a appleloosa and is all white with brown legs she is also in my pictures . When my 7 year old cousin come down from texas she loves riding her . Lucy has a best old retired and parshly blind best friend shetland pony named sandy .They eat and sleep together in there paddock together . Thats lucy…

This is my passion and teaching other riders to ride well is my aim.
My program Applied Posture Riding is becoming an extremely popular program followed by horse riders all over the world.

Horse riding is my passion and my skill. Physiotherapy is my work. I have combined the two and developed an exercise program specifically for horse riders. I guarantee it will improve every horse rider.

This Will Rogers quote is one of my favorites.

How many of us are fortunate enough to be following these simple steps?

To print this quote along with the Friesian painting, go to my blog:…

Food For Thought (that leaves a bad taste)

I’m supposed to keep a focus in this blog about how equine body language, psychology and behaviour relate to training issues with horses. However, in all honesty, it’s been a whirlwind week at work and I am way behind schedule on my “to do” list and now I am soon needing to catch a plane from Calgary across the pond for a clinic this weekend in Ireland. So… I thought that since there is so much debate rearing up again about the issue of horse slaughter that I might take…