In between the rains!  Last Wednesday I couldn’t get my lesson because it was raining.  I was disappointed of course, but since we really need the rain it was so nice to get 1.3”, it sort of made up for not riding.  A week ago we were over 10” short for the year so any and all rain is welcome even if it does interfere with my riding.

I got my lesson on Mick on Friday.  Debbie brought Mick to the wash stall and showed me how to take off his turn-out blanket since I…

Why Grooming is Important!

I hope everyone is enjoying their weekend and getting excited for the upcoming new year in just a few more days! :) This week, the Baker's blog is going to be based on the importance of grooming and why it is necessary to give your horse a good thorough grooming before and after riding. At Baker's, we have a great selection of grooming products to keep your horse looking fancy and healthy, and we will mention…

The Chink in Cole’s Armor

The Chink in Cole’s Armor

No horse is perfect. Every one of them has a chink in their armor. You can work with them and improve them, but deep down, it never goes away. Starry D just hates bugs. Cruiser hates motorcycles. Ranger can’t deal with rain on the roof. (He’s the biggest sissy of them all.)

Cole Train is afraid of horses. He has been like this since I got him. I remember the first few weeks when I had a horrible time getting him to walk through one of the doors in… Continue

Auld Lang Syne from You… The sun’s out and there isn’t much snow, but nothing’s melting at all. It’s been bitter cold during these days between Christmas and New Year’s and lessons have cancelled all week.

I’ve had a little too much time to…

Equine Behaviour term of the week: Primary and Secondary Reinforcers 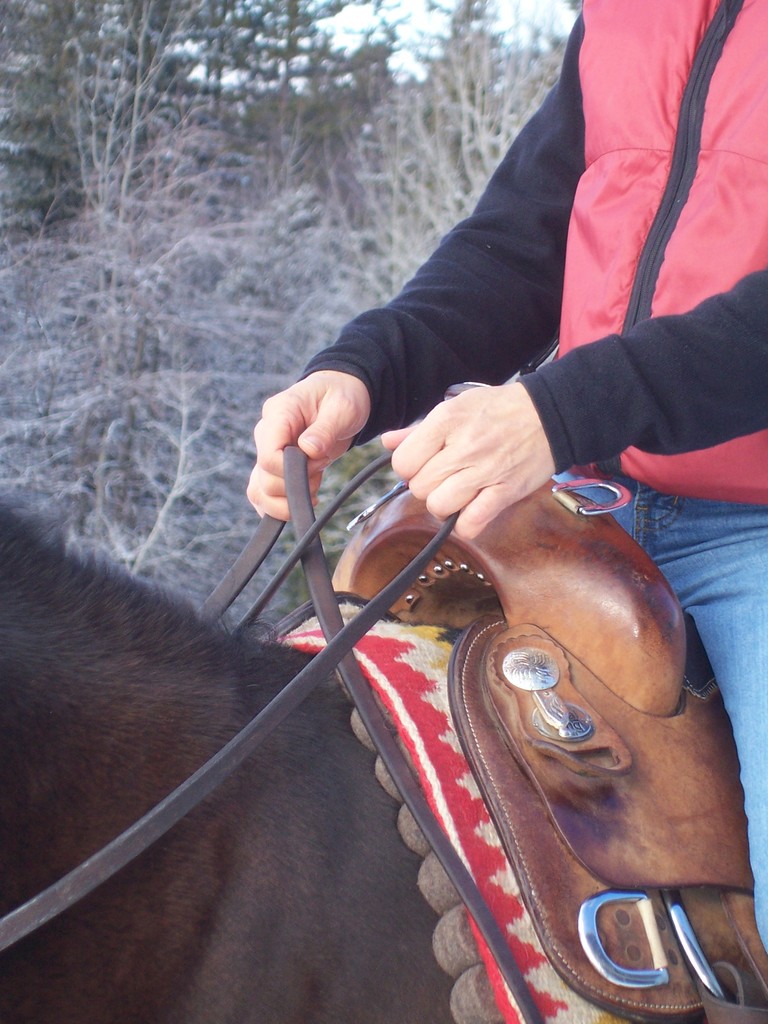 Reinforcing a behaviour is something a trainer does to make the response more likely to happen again.  When a builder reinforces a bridge or structure, he’s making it stronger. And that’s what I want to do each time  gets the right answer.

A primary reinforcer is giving the horse something he naturally likes with each correct response, such…
Continue

I hope everyone is ready and excited for Christmas eve tomorrow, and Christmas on Tuesday! :) Can't believe its already here! Baker's has an exciting announcement for everyone; we are now carrying the Point Two Air Jackets!! This week's blog is going to be based on this air vest, its safety characteristics and the benefits of wearing an air vest. Before getting started, here is the link for the Point Two Air Jacket for you to observe. …

This is a good time in the year to clean and inspect all your tack.

Take all your bridles, saddles, surcingles, halters, reins and other equipment you might have, a nice warm drink and your favorite saddle soap.

We will have one more clinic in Moab, UT, this year.  I will be coming down December 30, and we'll start at 9:30.  Dress warm and come early so you can properly warm up your horses.

Merry Christmas to all!

It is Cold This Morning!

When I woke up this morning it was at my cut off point--24-25° F, luckily I did not have to get to the stable until 10:00 AM when it was above freezing.  I was fine this morning until I started to get my homemade bit warmer ready, then I stubbed my left little toe hard.  PAIN.  I hurriedly put Arnica cream on it and put my paddock boot on in case it decided to swell up.  Hobbling piteously I finished with my homemade bit warmer (old washrag, soak… Should Dressage Be An Olympic Sport?

I usually consider myself to be a relatively cool headed human being, able to consider and argue without much volatility, but when I hear people debating as to whether dressage should be in the Olympics, I feel the need to hop around and screech like a Borneo ape. All arguments fly from my brain and I am left with me just baring my teeth and throwing around objects in the room. …

Messing With My Saddles

Two weeks ago I gave my 42 year old Stubben Siegfried its yearly deep larding.  When I got to the girth billet straps it became clear to me that I have to make some decisions, however much the horses prefer my Stubben Siegfried it is no longer safe for me to ride in as the front left billet strap could split all the way down the center without warning.  GRUMBLE, I have been avoiding this decision for a year, hoping things would last long enough so I could save up for a…

Dressage saddle for a sport pony

What brands of dressage saddles fit a sport pony(13.3 welsh/tb)?I'm 5ft. tall.It cannot be as difficult as it seems to be.What are they using in germany?

Nothing. Not a thing.

I hate saddle shopping. It makes my head explode.

I have a young mare just starting…

Last night, towards the end of my ride with Cole, the new boarder came out.  Her husband started leading her horse around the arena. It was the first time I saw him out of the stall.  He looked like a Thoroughbred and walked like a gentleman.

I thought I would explain what I was doing with the clicks and treats that they saw me doing with Cole.  I gave her a brief explanation, dismounted and told Cole to do his Cole walk.  it is something he…

Do Some Horses Learn Quicker Than Others? 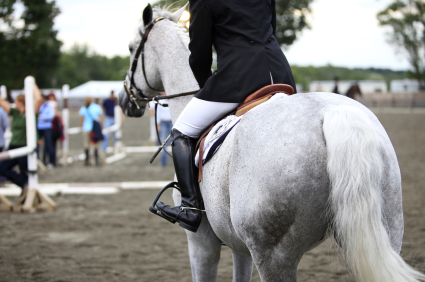 Smart. Clever. Dull. Clueless. We all have stories of horses that connect the dots and others that …don’t. So, really, are some horses sharper than others?

As a trainer, I’ll swear to the value of having a well-defined, systematic approach to training. I’ve also learned (sometimes the hard way) that the cookie cutter has to be adapted somewhat for…

Most of you who know me understand that children are not a part of my day to day life. As a whole children orbit me with the same frequency and comfort of a urinary tract infection. That being said it appears that I am not wholly immune to their charms for today a little girl twisted my grizzled old features into a semblance of a smile. Perhaps the day that I have long been forewarned is truly imminent and I will open my curtains, stare out into the morning sunlight and want a…

The Baying of the Hounds: Sharks Circling

Just as dogs are to wolves, these horses became something other than their more docile equine brethren. The laws of the herd ruled and when I entered their enclosure morning and night, I entered their world, bending to their laws while attempting to jog some flicker of recognition in them that I am, in fact, human … you know, one of those creatures you are supposed to respect? Right?…

Looking for an Added Edge

If you have been following my blogs you know I am riding ruined horses, horses who had lost faith in humans, horses who never really learned to trust the bit or the rider’s hands, horses with deep resistances, just basically horses who have been subjected to bad training, bad riding, and who then were sold to people who did not ride as well as the trainer.  You also know that I have this deep faith in the ability of Forward Riding (Forward Seat, Forward Control, and Forward…