Moving to BC in less then a month

So were getting ready for our moving sale this Friday and Saturday, you probebly already no if you saw my discussion for my tack for sale. We leave on the 17th and we sould get there on the 22nd or so, depends how long we take to drive there. Then I start up riding lessons and then in December I will look to buy a horse (I have owned 5 horses before so this is not my first horse). I'm really hoping for a Warmblood this time, but I found this really neat Appendix mare that I might be interested… Continue

Lessons From Sam by Robert Pruitt

He had been sold a few times before. An old Quarter Horse named Sam. He was respectful but knew who he was and wasn't impressed with anyone, anymore. I could put a halter on him; tie the lead rope in a circle and any small child could control him like he had the best custom bridle and reins. Sam would never take one false step with a child on his back, or a quick step or any step that might frighten a child. Twenty years old, Sam was a big stocky and still powerful old style… Continue 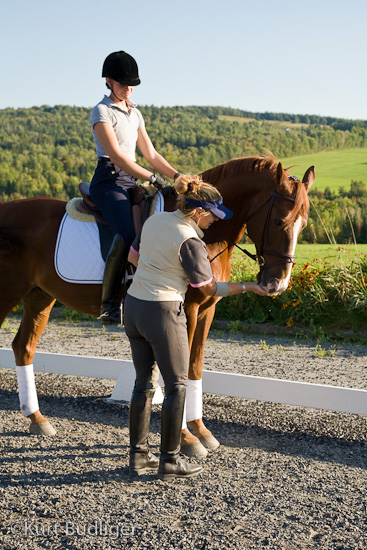 East Hill Farm in Plainfield, Vermont showcases the best dressage training and horsemanship around. Founded in 1976, East Hill Farm is one of the oldest and well regarded equestrian… Continue

October 1, 1938 – ‘Blackie the Wonder Horse,’ a twelve year old gelding, swam across San Francisco Bay. He completed the crossing of seven-eighths of a mile in twenty three minutes and fifteen seconds, beating two Olympic Club swimmers. Blackie towed his trainer Shorty Roberts by his tail for the entire duration of the swim, while Shorty’s brother helped to ‘steer’ Blackie by encouraging him with sugar cubes from a rowboat which made the… Continue

How do you Know?

You know your horse better than anyone – instinctively, you know immediately when something is amiss, even if you can’t immediately diagnose where the problem lies or what is causing it. I can put words to what you already know – how do you tell when your horse is happy? What I am going to say may be controversial and provocative to some, but if you are truly honest with yourself, you may realize that perhaps there is a lot of truth in it!

Hallelujah, I can ride with a bit again!

It has been sort of rough the past few weeks. My husband got the flu, then I started having an exacerbation on my MS, then I got the flu and could not do much for two weeks. Luckily I do not have permament harm this time, so it is back to riding!

Every year after the summer blahs I always worry if my hands are good enough to ride in a bit. Forced by the bad effects of the heat on my MS I HAVE to ride bitless during the summertime. I am so grateful for the cross-under…


21. Good technique isn’t just about what the horse does over the jump.

22. When jumping a combination, don’t ride into it with too much pace because your horse will learn to jump flat and run on the landing. Give him time to adjust his weight onto his hocks.

23. Canter, rhythm, line. Get it right every time.

The simplest, quickest, way to find relaxation on your horse is to BREATHE. Here are 4 quick tips to help you with your breathing.

Now, I know you're breathing or you wouldn't be reading this! But are you breathing in a way that promotes relaxation?

1. Let's find out. First, let's dissect what you do when you inhale. Stand up. Take in a really deep breath. Did your shoulders go up? If they did, you’re just breathing in your upper chest. And there's always tension…

What is the appropriate type of bit to use on your horse?

The bit that you use on your horse is quite a personal thing. It is like shoes really. Sometimes we just force ourselves to wear certain types shoes that we really shouldn’t just because they are in fashion not because they fit us. The same sometimes goes for saddles, boots, saddle cloths, nose bands and bits.

I personally have a lot of shoes that I rarely wear that have been bought over the years, some fit and some I just like the look of. I’m the same with bits. I have over a…

Will Roger's quote, "Don't let yesterday use up too much of today," is a good one for those of us who sometimes let our minds dwell on the past.

If that's the case for you - or someone you know - feel free to click on the link below and print out a copy of this painting/quote combo. Maybe it will help you adjust your focus.…

Gosh, this week’s been rather quiet for science news in the equestrian world, so I’m afraid there isn’t that much to report, but here are a couple of stories to keep you informed.

Last week I reported that The Blue Cross were worried lots of horses would be carrying excess weight this winter but now over in Ireland the Dublin Society for the Prevention of Cruelty to Animals (SPCA) have different concerns.

Cameo Z just blows me away

That little boy does not put one wrong foot down. He is such a good boy for such a youngster. Here I was, with my niece getting him all ready for the National Foal Championships and CSH Breeder show. Driving along, I was watching the time getting nervous as I was worried I was going to get to the RCRA late and miss the first class. We ended up pulling into the parking lot at 9:50am. My friend Jane helped me unload him and we literally ran to the office and then into the arena. I just made… Continue 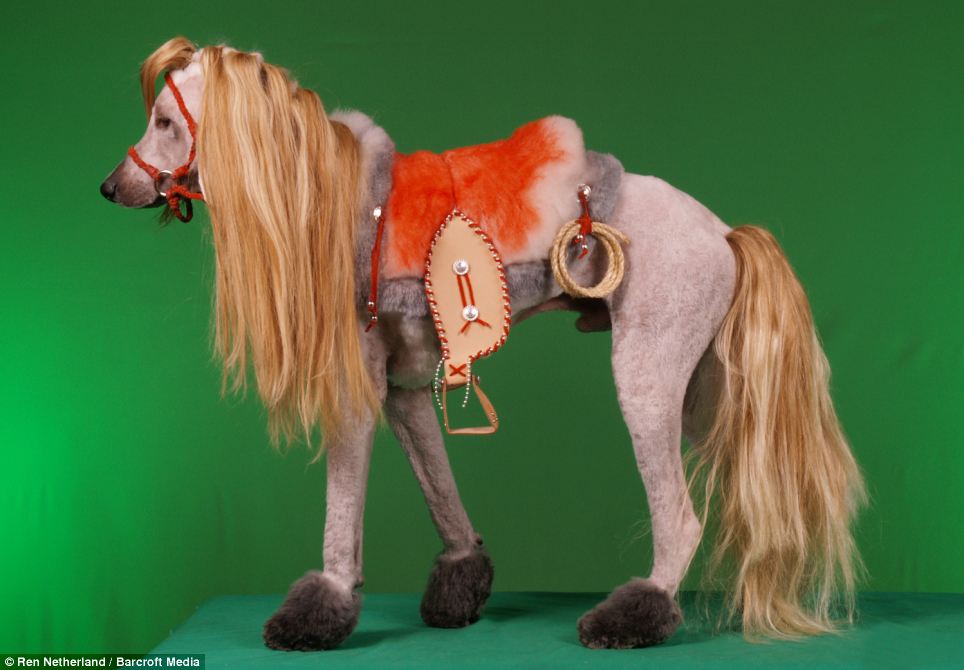 Something of a canine fancy dress contest, it takes just two hours for owners to transform their pets, which are sheared and coloured to… Continue

looking for a cross.

my name is jay and i'm looking for a horse to spend the next few years with while i get back into horses. i am debating weather going to buy a yearling or go to a breeder looking for a certin horse. Last year i went to the equine affaire and met a beautiful horse that was a standardbred/draft cross. i've never drooled or wanted a horse like him as bad as i did, and i thought maybe i'd get over it when i got home. But now i'm looking to buy a horse to work with… Continue

This is great news!

September 21, 2002 – For the first time ever, the United States driving team won the Silver Medal at the Four-In-Hand Driving World Championship. Previously the best finish for the United States team in the event had been fourth. In 2002, though, the United States placed second, with the Netherlands coming in first and Germany coming in third. The Driving Championship was part of the 2002 World Equestrian Games, which were held in Jerez de la Frontera, Spain.

My boyfriend and I took my horse to a Canadian Horse show... our first show together. I was a little worried about how each of us would handle the event, but I am thrilled that the little lad was stellar and his humans had a great time. By day 3 he was getting a little stir crazy, since at home he is never in a stall, but with lots of walking and exploring, he settled down... and he was wonderful in the show ring. We even came home with some pretty "souvenirs". :)

In my last post, I mentioned the new home I had picked out for Sammie, in Clancy's backyard. Amazingly, though I live in a community with loads of equestrian zoned real estate, bridle paths that wind through the streets, miles and miles of trails into the foothills and mountains, and even a public park with two large arenas and a round pen, when I bought Sammie, I had only three public board options within 10 miles, and none of them would be suitable.

There was one nice facility,… Continue

NEWBIE ON THE BLOCK

Hello everyone! Hope you are enjoying the BEAUTIFUL summer/fall weather! Just joined Barnmice yesterday. I think this is the most fascinating, colourful and truly people & animal web sites I have ever seen! CONGRATULATIONS all you BARNMICE!!! Sharon

Please join us this Sunday, September 20th at 7pm PT / 10pm ET on BlogTalkRadio via The Health & Harmony Radio Network (HHRN) where we have our Animal Matters Radio show, and will be talking with Darwin’s Natural Pet Products!

Use the following link to listen live or to pick up the archive anytime:

Darwin’s Makes it Easy and Affordable to Feed… Continue