We had an excellent night together at the barn. I put the natural rope hackamore on and we did some ground work in the indoor arena before I got on and rode him for about 20 minutes inside. He hasn't forgot anything, responded so well, an excellent whoa and back up with the rope hackamore.

I then put the bridle and bit on him and we went outdoors to practice lesson 3 patterns. I could not for the life of me remember how the pattern was!! But we did some great circles in every corner,…

Mia Says Fine, Cider Tells Me to Change My Plans

This week I changed things with my tack yet again.  I wanted to see how the mares did in the jumping cavesson bridle without the running martingle after all those weeks using the Spirit Bridle.  When I got to the stable on Wednesday it was already hot at 8:00 AM, and I got even hotter trimming Mia's toes.  With the hot weather Mia's hooves are growing really fast, and since I cut back my riding on Fridays because of the heat I had a lot of rasping to do! …

We have to have some bad nights and this was one of them.

I could not grasp any of the lesson that was being taught. Circles in both corners at one end of the arena in something like a figure 8 pattern.

We weren't out there maybe 15 minutes then the mosquitos came out. I have big bites on my face, arms and neck.

Cooper was trying to stay close to other horses, going too fast as usual. I was bouncing too much, couldn't get my legs relaxed, hands were all over and…

I enjoyed my brief time working as a groom at Hastings Park Racetrack here in Vancouver BC. Apart from getting yelled at for not shoveling fast enough or putting foreign race tack on incorrectly.. overall very good learning experience. I learned some pretty great phrases while I was there too, as well as how to truly 'do it yourself'.

It was a real reality check for me. I had come from pretty pretty princess hunter world where my tack was polished, my horse was polished and I…

What a Parrot Taught Me About Horses.

There were a few dark years (between leaving home and having enough income to support a horse) that I was earthbound with only house pets. I survived it. Barely.

During that horse-less time, a box arrived. It was a surprise parrot -from a friend in Panama. I’m not saying it was a great idea to catch a bird and ship her, I’m just saying that she…

Used my Micklem Bridle for the first time today

Here is my 2nd Blog and continues where my happy mouth blog left off.  My Micklem bridle arrived today.  I had 1 1/2 hours from the time I got home to open the box, put it together, size it on my gelding and then trailer off for my Jumper lesson.  I read about other people having trouble putting the bridle together so I read up on how to and was ready.  At first the Bit straps threw me off so I popped the CD that comes with the bridle in to the pc and did a quick review.  Once I heard that… 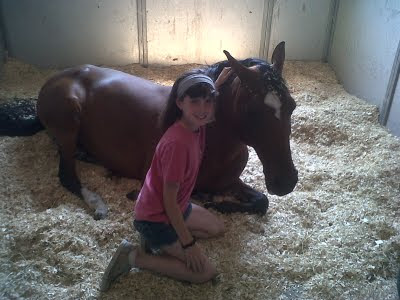 July 17 to 21st did not go out to see Cooper or practice at all because of the heat. The Thursday night lesson was cancelled, thank goodness!! I probably would have passed out from having to wear that helmet in that heat.

I went on Friday to try an english saddle on him that a friend was selling. I didn't even ride, I was so hot, sweating and not feeling well.  My stump was hurting from a sweaty prosthetic sock and the other foot was all swollen and bruised from an injury a long time… 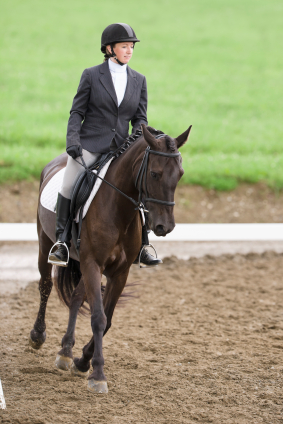 Occasionally people will be fortunate enough to find a good used Schleese saddle on ebay or second hand or hand-me-downs from somewhere else – but the reality of it is that sometimes despite being fitted as closely as possible they may not actually be the best choice for both a specific horse and rider. Over the years we have changed our designs as our knowledge of equine anatomy and biomechanic requirements increases, so that older models may not be as ‘horse-friendly’ as the newer saddles…

Further Adventures While Being Parboiled

Hot, humid, bad air quality, smog.  Yep, that says it all about the weather in the summertime in the sunny, sunny South.  At least WE are used to this type of weather, I feel so, so sorry for you people further North who are discovering what people living in the South have known all along.  Summers can be as brutal as winters.

Last week both mares told me that I was not… shower. The joy in her voice as she belts out whatever lyrics come to mind is the reason we did this whole away show thing. Ridiculously expensive as it it is, it's a chance for Mom and kiddo to live our passion for a little while, have some lengthy quality time… Continue

It's impossible to overstate the importance of a well-trained human to the happiness of a horse's life. As with anything, you can cut corners and start with an untrained human -- or even try to reform a spoiled one -- but unless you're an expert, it's a risky thing to do.

Cry if you want, but you'll learn to sit that…

Has it been one of those weeks? Everything that could go wrong–did? We all know how it feels when gravity gets  heavy-handed and you begin to feel thick and bound by life. It happens.

Maybe you should go to the barn and let yourself be carried a while.

If you have a partnership with a horse then you know that some days you carry them and some days they carry you.

This is my first attempt at a blog post so hope this is not too silly! It is 90 something degress outside, full sun so cannot ride until later thus I decided to blog.  My topic: happy mouth bits since I have found a tack item that I really like.  I started using the happy mouth loose ring snaffle on my OTTB.  He was right off the track.  I started with my double jointed D-ring snaffle. He did not seem to like it, seemed confused ( he is a horse that wants to please, like most TBs) but I knew…

Well, it's summer and, well, Maggie was a bit over due (a week, mind) for the farrier.  I've never seen (heard!) her forge like that.  So, rather than tap tap tap tap tap our way even around the berry field, someone got a few days off.

Which leads us to Maggie the long of frame.  Lesson last night, and, much to the chagrin of Miss Magnolia, it's time to shorten her up.  Oh sure, she'll go fairly forward in a longer frame.  The comment was sure, she's on the bit and nice, but…

We had our 2nd training lesson on Thursday July 14 with Karen this week as Gail was away.

We were learning to slow the trot down to a jog, or trying anyway. Also trying to lower Cooper's head down more in a frame, is that what it is called? We did do good several times, even slowing down very nicely to a jog without coming to a walk.

There were more horses in this weeks lesson and Cooper was excited to see them all LOL. No pictures or video, forgot the camera on Thursday and…